10 Things You Need to Know About Silicon Beach

Companies like Google, Yahoo and Microsoft have catapulted Silicon Beach to the epicenter of the LA tech scene. Here's 10 things you need to know. 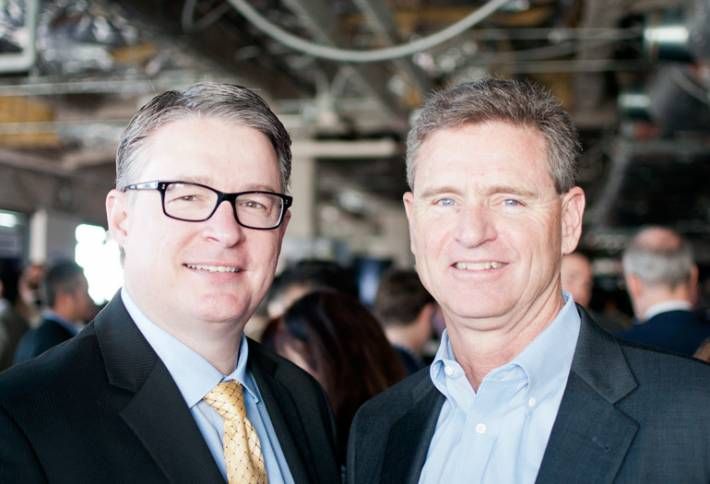 Kilroy SVP of asset management Jim Axtell (right with Pircher, Nichols & Meeks' Andrew Ouvrier) says tech space is really about the size of a company. Younger companies locate in Venice or near the beach in Santa Monica to have access to top amenities. Once a tech company really hits its stride, it brings the amenities to the employees.

2. Out of the Box Amenities 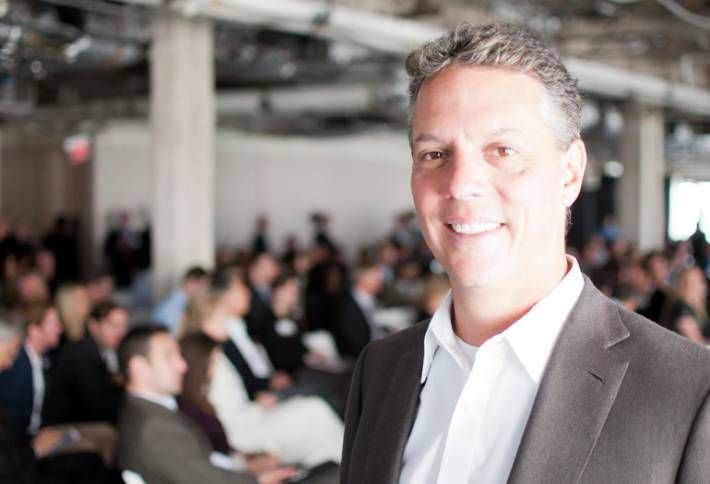 Take Cornerstone OnDemand CEO Adam Miller, who says his company, worth about $2B, was obsessed with corporate culture from day one. Take a look at his office space at The Water Garden in Santa Monica and you'll find a yoga room, 1980's-style arcade and even a candy store. Seriously. Adam told the 400 attendees at Bisnow's Silicon Beach: Rise of The Tech Corridor event last week at The Water Garden that these amenities are crucial for recruiting top talent. 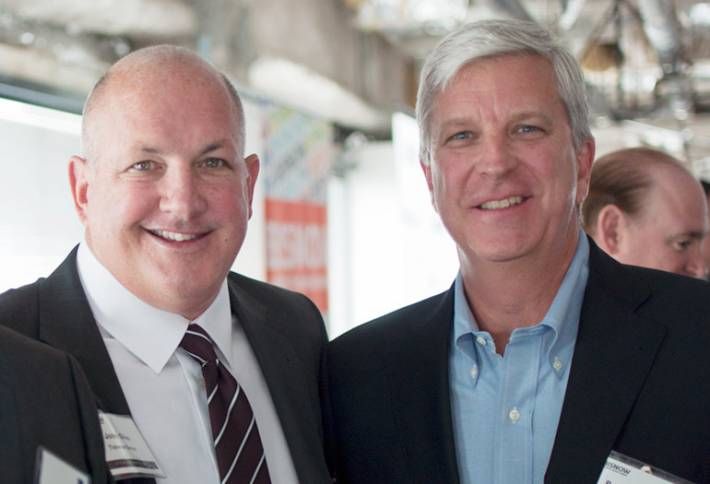 But there are space constraints. CBRE managing director Pat McRoskey (right with Tishman's John Ollen) says Silicon Beach isn't really one place anymore—it's a region. With the growth of communities like Playa Vista, which has attracted the likes of Google and Yahoo, and El Segundo, the tech scene in LA is spreading out. 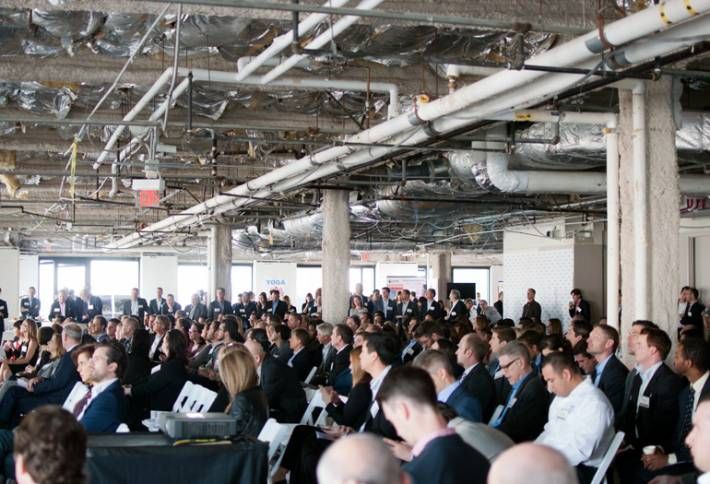 John says Tishman's 407k SF Parcels 1 and 2 project in Playa Vista is on track, with construction on two buildings containing 100k and 307k SF scheduled to start this year and delivery slated for Q4 '16. In fact, John says the market is moving so fast that there will be more space available in Santa Monica than Playa before long. 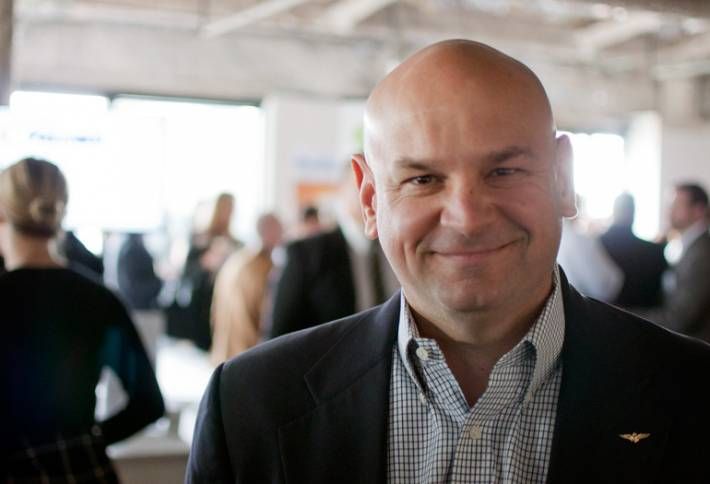 Ratkovich Co development manager Milan Ratkovich says it's all about follow the leader. When Google spent $120M on 12 acres next to Ratkovich's Hercules Campus, it transformed Playa from up and coming to mature and established. 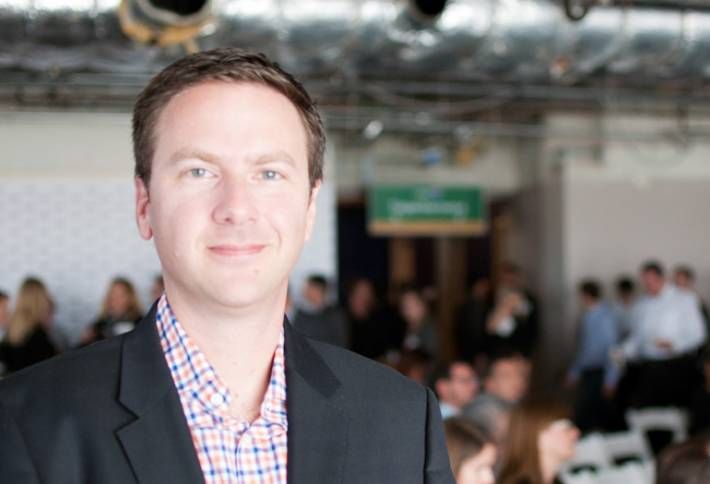 Verizon Digital Media Services' James Segil, who's firm has 12k SF at The Reserve in Playa (which we told you was sold this month for $300M), says the tech community wants to be near like-minded people. "We'll all just feed off of each other." 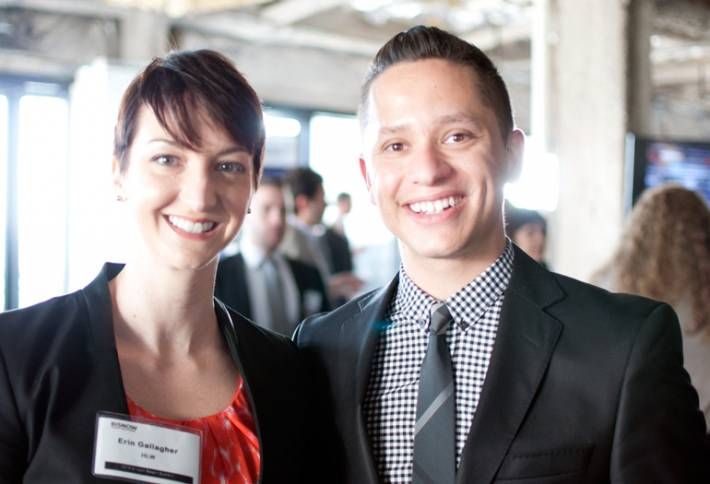 HLW's senior technical designer Erin Gallagher (snapped with HLW marketing coordinator Ray Roth) says when her firm is planning a design for a tech firm, it needs to think like a tech firm. Tech tenants want "cool spaces" to work. Again, take The Reserve in Playa, which has outdoor couches in a park. KSA principal Sharn Stinson-Ure says landscaping can play a huge role in tenant attraction. 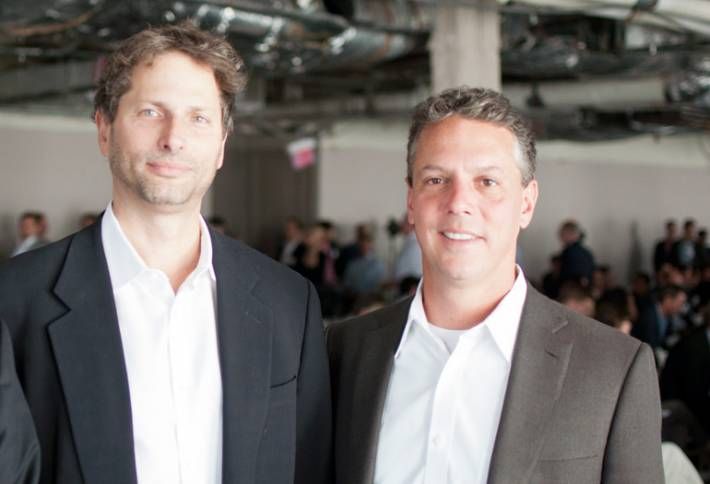 ServiceMesh CEO Eric Pulier (snapped with Adam from Cornerstone) says companies need to think before expanding. Tech companies don't want to grab more space than is needed, as too much open space kills the energy firms should covet. 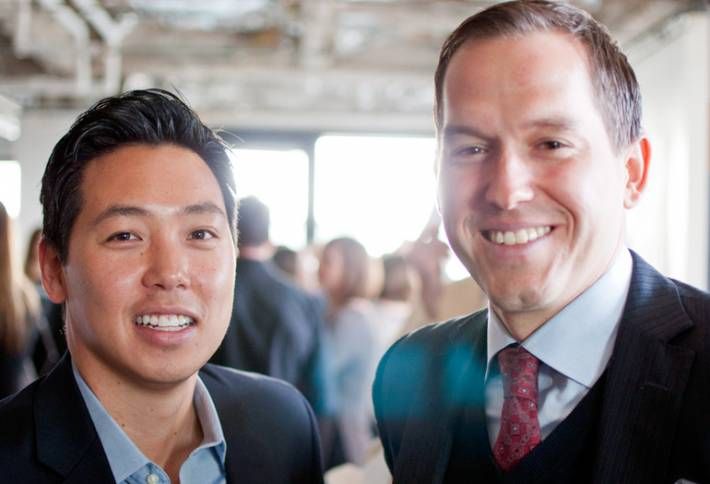 VTS director Eric LaCoursiere (right, snapped with JP Morgan VP of asset management Michael Yoo) moderated our second panel, which concluded that the tech community in LA will only increase in the next five years. 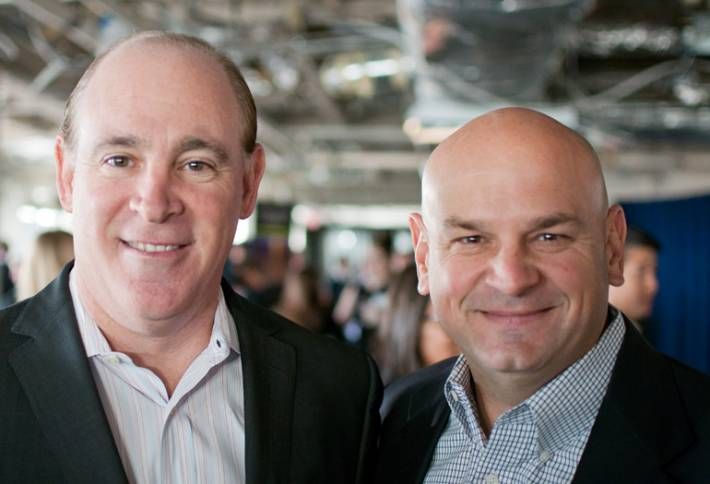 Lincoln Property SVP Kent Handleman (snapped with Milan) says future movement will all be dictated by the quality of the space. He says Yahoo could've saved itself $20M leasing just a few miles away from its new hub in Playa, but that's not what tech wants. They want the best space in the best place.