Los Angeles is the largest market in the nation by total deal volume, surpassing Manhattan in the first half of this year, according to a new report from CBRE. 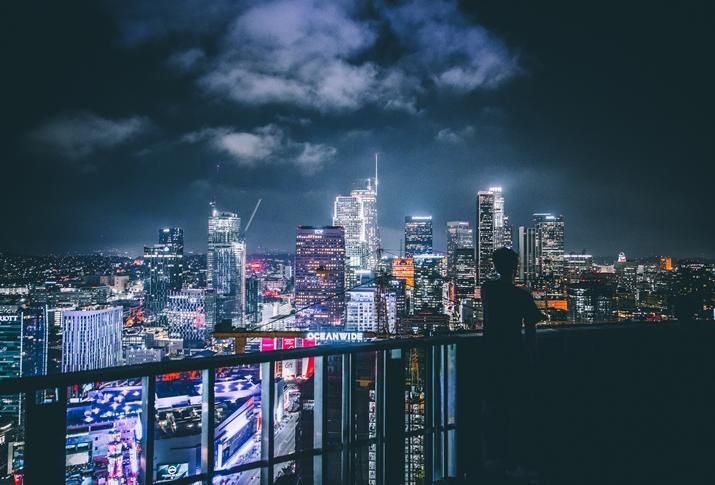 While Manhattan usually is the most active commercial real estate market in the country, LA's record-low unemployment and healthy fundamentals brought in investors during the first half of the year to drive up total volume. LA had $13B in direct investment during the first half, a decline of 12.9% from 2016, returning closer to 2014 and 2015 levels.

Of the 14% of sales from foreign buyers, Canada made up 51%, making it the largest foreign investor in LA, with Qatar, China and Germany following. 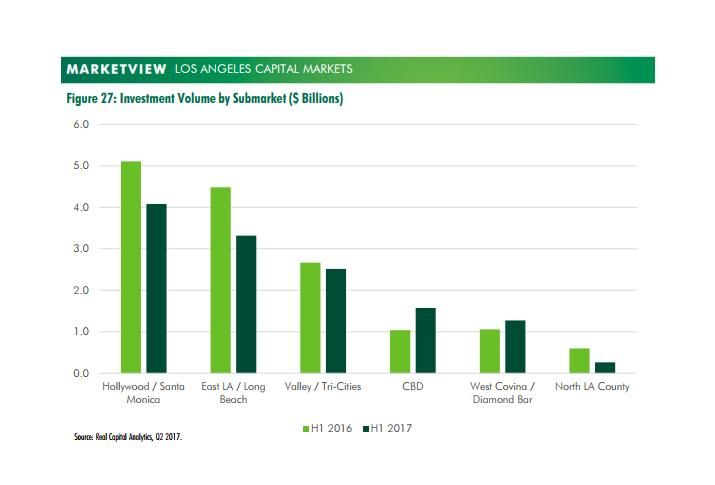 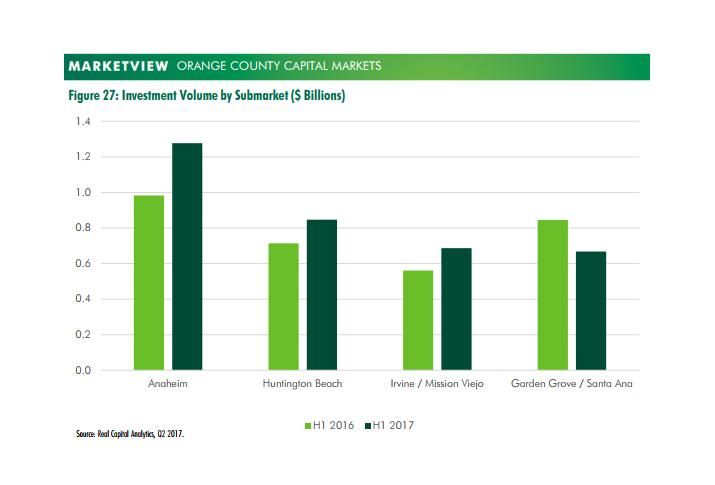 In nearby Orange County, the capital markets environment remained strong in the first half, though not as strong as its 2015 cyclical high, the report for that market notes.

The Orange County market has benefited from capital shifting out of crowded markets like LA into secondary and tertiary markets. Orange County had $3.5B in direct investment, up 12.1% from last year. Much of the investment came in the hotel and retail sectors.

The largest individual sales included Five Point Gateway from Broadcom to Five Point Holdings for $443M and Main Plaza Towers from Shorenstein to Emmes Group of Cos. for $200M.

In Orange County, retail and hotel cap rates also rose, while industrial remained unchanged and multifamily had a decline in cap rates.