Crime would go up, a man told the City Council.

Property values would go down, another claimed.

"We don't want hoodlums in our community," a woman told the Anaheim City Council at the April 8, 2006, meeting. 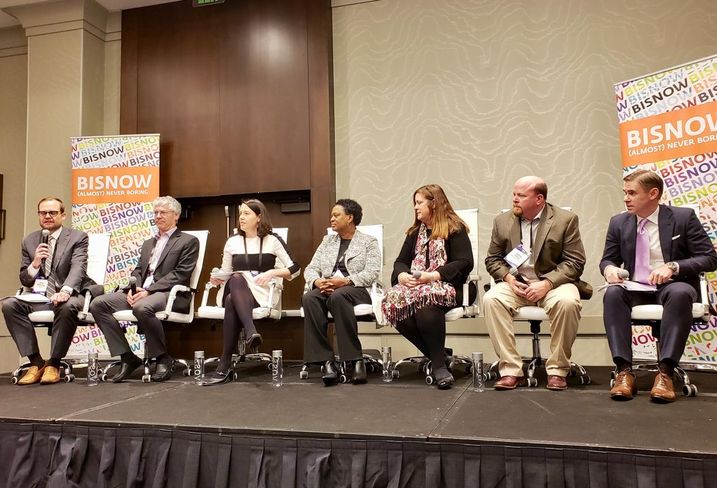 The council approved the project despite residents' objections, clearing the way for nonprofit housing developer Jamboree Housing to build Diamond Apartment Homes in 2009.

City officials said the project is a shining example of what an affordable or special needs housing development looks like.

"When the Diamond [Apartments Homes] was first proposed, there was a lot of anxiety about that project," Councilwoman Lucille Kring said at a recent City Council meeting discussing another affordable housing project Jamboree is planning to build. "Some of the people that were the most critical are now [Jamboree's] best supporters."

Archuleta was one of several developers, contractors and other commercial real estate experts on hand at the Bisnow event that attracted more than 280 attendees.

The panelists discussed the state of Southern California's multifamily sector, the feasibility of the governor's plan to build more housing and ways to produce more affordable housing in the region.

With soaring housing prices and rising rents, a divide is growing between the haves and have-nots and the need for affordable, workforce and special needs housing is greater, panelists said. 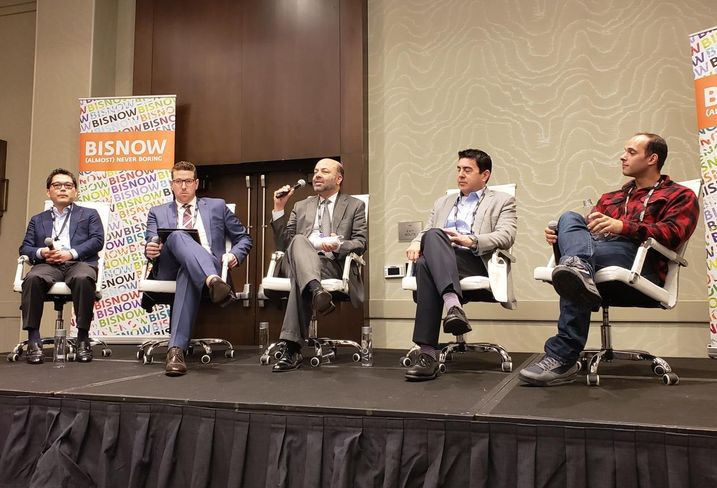 That number is only the homeless. According to reports, more than 800,000 Los Angeles residents who rent would qualify for affordable housing based on their income. Yet the county has only about 300,000 affordable housing units available.

Some residents believe that affordable housing will attract criminals, bring crime to the area or lower their property values, panelists said.

"NIMBYism is obviously alive and well," Archuleta said. "It is especially difficult when you are trying to build for special needs folks. The fear of building for special needs or affordable housing for homeless or at-risk homeless is so strong and hateful. We need a lot more education that needs to be done."

AMCAL President Arjun Nagarkatti said residents have a large fear of the unknown. Historically, people have a misperception that affordable housing or developments built for low-income people in the mid-1900s are the same as today's affordable housing projects.

"People [complain] and moan and they look at the affordable housing projects that were built in the 1950s and 1960s in terms of quality and the types of residents," Nagarkatti said. "It takes all of us to tell them the kind of housing they expect to see. Many of these [affordable] housings look like market-rate [products] or much better."

Abode Communities President Robin Hughes said developers have to educate local residents about the people who live in these types of affordable or special needs housing developments.

"We have to demystify the issues and the residents who live in affordable housing," Hughes said.

Bueno Group principal Andre Bueno suggested one way to have residents back affordable housing is to create a positive storyline around the project, highlighting certain residents' backgrounds. He gave an example of an affordable housing development his company built in the Midwest that highlighted residents who were political refugees and military veterans.

Bueno said a video that shows the rendering of the project also helps. Many of the videos Bueno produces are shown on various social media sites.

"We have so many more tools that we can do to promote our projects," Bueno said. 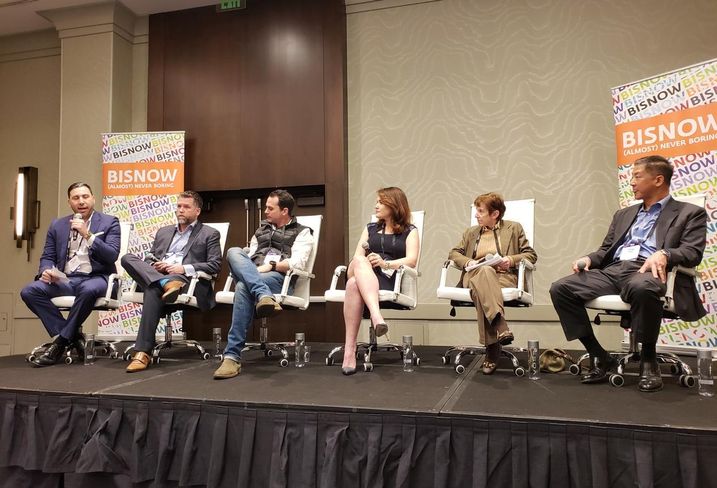 Jamboree's Archuleta said a video presentation of the project before a city council meeting also helps. This way, she said, all of the information, pictures and renderings are shown without interruption.

For the Diamond Apartment project, Archuleta said Jamboree hosted about 10 community meetings and workshops to ease locals' concerns and for residents to understand the project.

It took about six months, she said.

"It took some time but once we got through the negative experiences of people, they eventually became a supporter," Archuleta said. "They learned that we are actually taking people who were homeless or living with mental illness off the street and providing them services. They viewed us as an asset to the community."

Through that experience of hosting meetings with local residents, Archuleta said she learned how fearful people are of those who live with mental illness and it is a reflection of a much larger negative attitude people have toward those with mental illness.

Archuleta said educating society is the only way for these types of housing developments to move forward.

"Unfortunately, I think we're only about 20% better then we were back then in terms of education," she said. "This is a broader issue than housing."

Since the development of Diamond, Archuleta said, Jamboree has made a concerted effort to educate local residents.

Jamboree has funded and supported groups such as United Way, local business chambers, churches and even schools to teach people about the need for housing people with mental illness or building affordable housing in general.

She said affordable housing developers shouldn't wait to educate people until they have a project waiting in the wings.

"We have made progress and we hope to continue," she said.

CORRECTION, FEB. 22, 11:00 A.M. PT: A photo caption in a previous version of this story misspelled the name of CliftonLarsonAllen’s Carey Heyman. The caption has been updated.