Mapped: The Great Department Store Conversion Is Now On

The department store is dying in front of our eyes, with even blue-chip operators like John Lewis closing locations opened as recently as five years ago. Of course, not every department store in the UK will close — but huge swathes of them are shut already, leaving landlords with the quandary of what to do with big empty boxes often totalling hundreds of thousands of square feet.

There is no one-size-fits-all solution for empty department stores, where numbers have dropped by more than 30% in the past five years, according to Lendy, but after a period of mourning, confusion and reflection, owners and developers are beginning to undertake the process of converting department stores to new uses. 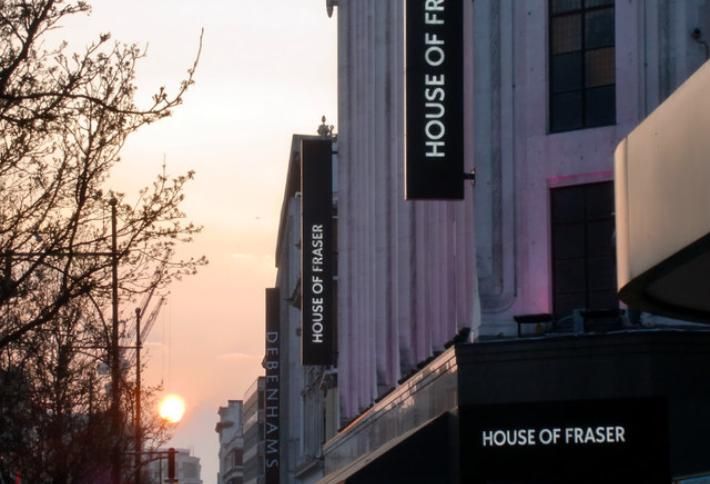 There are plenty of ideas out there, taking in every conceivable property type including offices, coworking, residential, hotels, cinemas, food halls, libraries, crazy golf and even, yes, a little bit of new retail. Bisnow’s interactive map charts some of the myriad repurposing schemes underway or recently completed.

But how does the process work in practice? To simplify a very complex equation it boils down to three things: What does the location need, what can you do with the physical structure you’re left with and will the change make money?

The days of backfilling department stores with new retailers is all but over, at least for now — very few retailers are looking to take more space, especially at that size. With that in mind, filling the space left by department stores is about ascertaining what uses are missing in a given town or city location. One key to that is data.

“Data is at the heart of everything we do,” Ellandi Development Director Julie Pears said. “That is how we get information about what is relevant for the demographic profile of a particular place. What is the demographic movement of people in a location? Are they going elsewhere to get culture, leisure or to work, and if they are, can we plug that gap?”

Mobile phone data is becoming increasingly sophisticated in terms of allowing companies to track where people travel, and what they do when they get there.

“It helps to be able to go to an occupier and say, we’ve identified a need for x space, and provide them with the evidence,” Pears said.

Ellandi was left with a 13K SF hole across three floors in the Marlands shopping centre in Southampton when a department store operator shut down its store. Ellandi worked with the local authority, which wanted to keep more people working in the city, and so repurposed the top floor as coworking facilities, with Barclays taking space for one of its Eagle Labs coworking hubs.

For Pears, replacing a department store is about creating a new anchor, or series of anchors, which draw people in to the centre.

“The use depends on the location, but it is about underpinning the vitality of there centre,” she said.

Financially, repurposing empty department store space is a nuanced proposition: It requires significant capital expenditure, but it can quickly pay off. Historically, department stores did not pay a huge amount of rent, and bringing in an occupier or occupiers who are paying market rents, even if that market rent is low, can offset the cost of conversion and be good for the bottom line going forward.

A trend Pears foresees picking up pace is local authorities locating more of their services within town centres, and vacant department stores offer an excellent location to accommodate this.

“In the 1980s and 1990s you saw a lot of councils moving their offices and services out of town, because retail was the most valuable use for town centres,” she said. “We’re working with a lot of authorities that are looking to move those services back into the town centre, which will provide an income stream as well as footfall.”

Those service include offices, libraries and health centres.

No matter what the data tells you the best use for a vacant department store might be, there are often physical constraints that individual units might present which determine what can actually be done.

“If you are going to bring the dynamism back to town centres, then you need to remove retail parks, and convert them to logistics, and give people a reason to come into the city centre, and old department stores are perfect for that,” Chapman Taylor Associate Director Daniel Morgans said. “There are no internal units, they are generally just a series of free columns.”

That said, they are not perfect for every use.

In general, stand-alone department store are much easier to repurpose than those which are part of a shopping mall, which often face inward, offering less permeability and are part of a wider physical structure that cannot easily be altered. 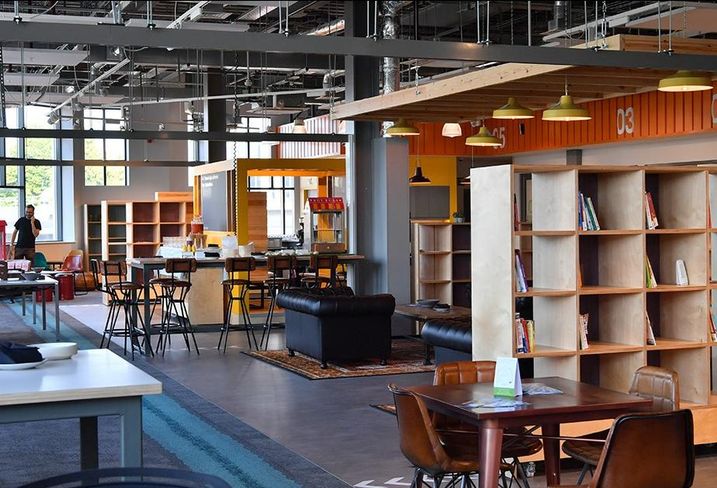 The large, deep floorplates of a department store do not lend themselves well to residential conversion, Morgan said, because you either end up with units that have no natural light or if they do face externally, have to be very large or long and thin.

“It can be very hard to make the development appraisal work,” he said.

Hotel use can offer the same problem, although budget brands are often willing to create locations with rooms with no external walls. Cinemas can also be difficult because the floor-to-ceiling heights are too low. These problems can be overcome by removing parts of a floor, or putting in an atrium, but this of course adds to the cost.

Better uses include offices or food halls, where the large, deep floorplates are a feature, not a bug.

It is far from an easy process. Some stores previously occupied by BHS remain unoccupied, four years after the retailer went into administration. But landlords are getting on with the job.