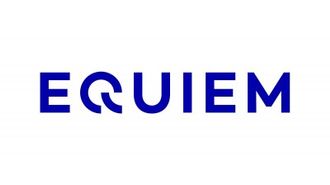 Less than 25 minutes via the Underground from Central London, Stratford has gone from Olympic staging ground to international hub for business, pleasure and daily life. Dubbed the new heart of East London and fast becoming one of the most attractive business addresses outside the Square Mile, Stratford has grown its residential and business offerings while blending the two communities with curated public space and community activities.

Modern, public competition venues like the Zaha Hadid-designed London Aquatics Center and a large park were just the beginning. The International Quarter London, a joint venture launched by Lendlease and LCR, has transformed the area overlooking Queen Elizabeth Olympic Park into London’s next live-work-play destination.

Walkable housing has been a focus in the latest development phases. The first of five new neighborhoods built in Stratford, Chobham Manor comprises around 850 homes, community facilities, shops and publicly accessible open space with a neighbourhood play area for children. Directly off the Central and Jubilee lines, residents have convenient access to major transportation options. Adjacent to Queen Elizabeth Olympic Park, public venues like the aquatics centre and velopark are steps away.

Next door at East Village, former housing for Olympic athletes has been transformed into a mixed-used community offering everything from housing and shopping to fitness classes and film screenings.

Glasshouse Gardens at IQL offers over 300 apartments with open-plan living, kitchen spaces and views of the London skyline. Steps from the Westfield Shopping Center and office space, Glasshouse Gardens complements the commercial development at IQL.

Courtesy of Lendlease
Calico Cafe at the International Quarter London

As London’s newest business destination, IQL has already become the new home of Transport for London and following the recent completion of its second commercial building, the Financial Conduct Authority and UNICEF are moving into the development throughout the summer. Signed to occupy the third commercial building, due for completion in 2019, Cancer Research U.K. and The British Council will be the next major organisations to enter the scheme.

The IQL project is built on the importance of community engagement and collaboration. Lendlease and LCR have partnered with property management company Equiem to develop “Life at IQL.” As the U.K.’s first fully integrated tenant engagement platform, “Life at IQL” has been designed to provide news, events, local area information, wellness programmes and convenient services exclusively to IQL residents and office occupiers.

Key benefits of the platform include a streamlined move-in and onboarding experience, greater connection to the broader Stratford area and a tangible sense of community among staff. Office workers can go beyond the four walls of their office, interacting with other community members at numerous retail venues or parks.

Life at IQL is developed and managed by Equiem on behalf of IQL, and utilises Equiem’s proprietary platform.

Community participation is crucial to developing IQL and to fostering its evolution in the years to come. Equiem’s tenant portal not only centralizes access to amenities for residents but also provides building owners with robust data analytics. Equiem portals give property managers a comprehensive understanding of building occupants through large-scale surveys, opinion pieces and regular polling on behalf of clients. Across a large portfolio like IQL, the Equiem portal can reveal larger trends and patterns in occupant behavior.

Lendlease and LCR can rely on Equiem to check the pulse of IQL’s occupants and fine-tune offerings and activities.

Life at IQL soft launched in October 2017 and has since been adopted by Transport for London, with over 1,800 users already registered on the platform. The project partners expect engagement to grow as more organisations like the Financial Conduct Authority, The British Council, Cancer Research U.K. and UNICEF move to IQL.

IQL is not the only innovation magnet in Stratford. On the other side of the park, Here East offers a workplace community designed to meet the needs of creative and tech tenants. In the Broadcast Centre, the 661K SF complex has been repurposed into flexible workspace, retail and large-scale creative studios.

IQL and Here East, along with partnerships with property management companies like Equiem, will continue to transform Stratford into a connected, dynamic mini-city.

This feature was produced in collaboration between Bisnow Branded Content and Equiem. Bisnow news staff was not involved in the production of this content.

Equiem
Equiem’s world-first integrated technology and services platform enables a property asset to evolve beyond bricks and mortar. By providing exclusive access to amenities, convenience and information, our digital platform transforms the way every single person in a precinct connects and communicates. But we are more than just another digital innovator. We are not only online. We are also on-site, finding out about tenants’ likes and gripes, making their day easier with first-class services, hunting out stories and engaging them with initiatives that enrich their lives. We champion retailers, assist building management and report back to owners. The result? Greater happiness and convenience for tenants, increased brand awareness and sales for retailers, improved communication for building managers, activated communities and unparalleled value for asset owners. In other words: We are changing the world, one square foot at a time.
Confirmed! You are subscribed to the Bisnow London E-Newsletter.
Most Read Stories
More Top Stories
Bisnow London Newsletter
Bisnow London Newsletter