EXCLUSIVE: Meet The New Man In Charge Of Canary Wharf’s £8B Empire

The appointment of Shobi Khan as chief executive of Canary Wharf Group in October was a quietly momentous moment for the company. For the first time in its rollercoaster history, what is now the second biggest property company in London would be run by someone who hadn't been involved in the conception of the new business district in London’s docklands more than 30 years ago. 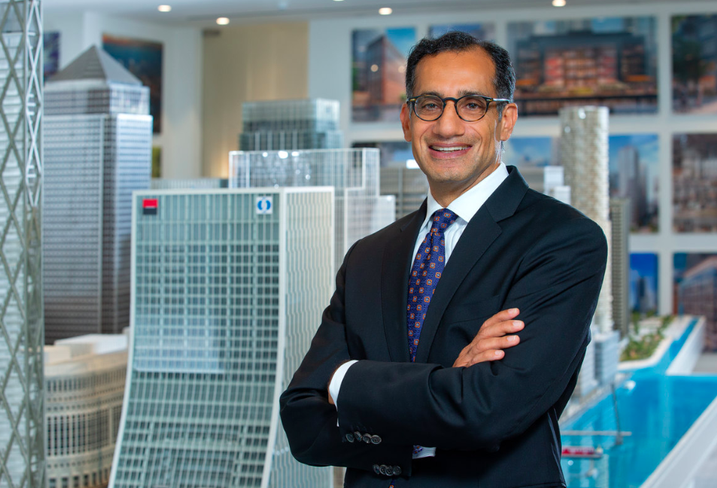 From the Reichmann brothers and Olympia & York, through Sir Peter Levene, to Sir George Iacobescu, Canary Wharf has always been run by insiders. Iacobescu started on the project in 1988 before it was built as an engineer, became deputy chief executive of Canary Wharf Group in 1995 three years after the company and project emerged from bankruptcy, and took over as chief exec in 1995. He moved sideways to become executive chairman last year and brought in Khan, whom he continues to work alongside, as his successor.

Being the newbie does not seem to faze Khan, a direct, serious, slight American who joined from U.S. retail giant General Growth Properties. He arrives at a crucial time for Canary Wharf, which has a £4B development pipeline totalling more than 8M SF, which would more than double the 6.8M SF owned and managed by the company, which itself is owned by Brookfield and the Qatar Investment Authority.

In his first interview since taking the job, he told Bisnow his role is to both make sure that the the company’s bread and butter, the Canary Wharf estate, is a place where people want to work, shop and, increasingly, live for the coming decades. But he is also tasked with helping it expand beyond its home turf.

“Canary Wharf Group is an iconic brand, with an amazing history and reputation,” he said ahead of his appearance at Bisnow’s Global Placemaking event in London on 29 April. “The opportunity [is] for me to come in with a fresh pair of eyes and take the best of CWG and make it better. The goal is to always improve.”

“We are reviewing each business segment, determining the growth characteristics and capital requirements to optimise our capital allocation. We’ve got a lot of great people here. The opportunity is to create a culture where all are empowered and thrive to take CWG to the next level.” 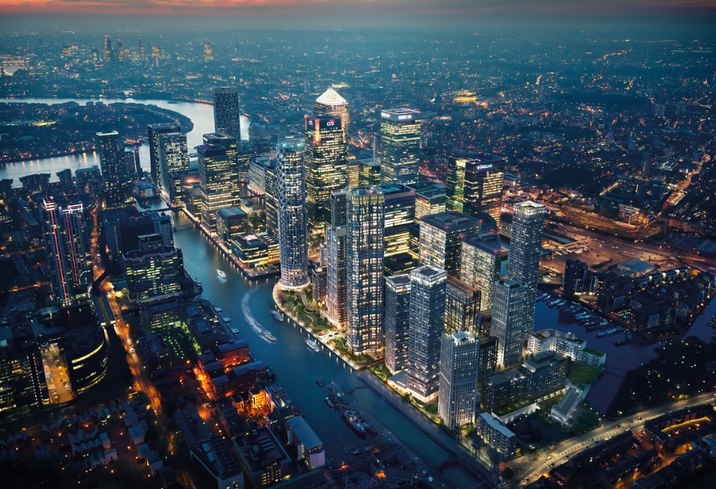 Courtesy of Canary Wharf Group
The completed 128-acre private estate including the new Wood Wharf district in the foreground.

Khan was born in Baltimore on the U.S. East Coast, but moved to Los Angeles in his teens, where he grew up supporting the LA Lakers basketball team. The sport is still a major passion. He played every week when working in Chicago for GGP, but is recovering from a broken finger he got while playing, and is yet to find a team in London.

He studied molecular biology at Berkeley University in California, but a childhood exposure to real estate through his architect father and a summer spent interning in New York while a student gave him the business and real estate bug.

His career in property has seen him surf the waves of some of the biggest corporate deals in the sector and, he said, has given him a good grounding in running a company with holdings in office, retail and residential.

In 1997, he joined Equity Office Properties, the giant U.S. office REIT founded by Sam Zell. He was involved in the sale of the company to Blackstone for $39B in early 2007, which still remains the largest real estate deal in history. After a sabbatical travelling, he joined investor Bentall Kennedy in 2009 as chief investment officer, where he built up a knowledge of the multifamily sector. 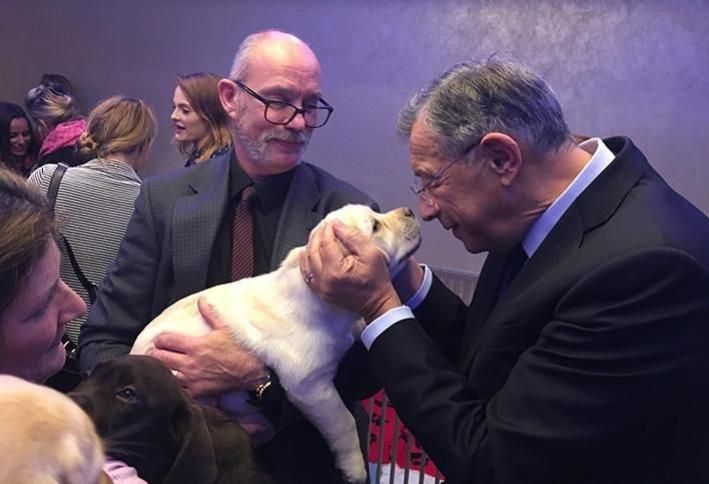 While there he had dinner with the then-newly installed chief executive of GGP, Sandeep Mathrani, about the possibility of forming a joint venture with the company, which had recently emerged from bankruptcy. That idea didn’t work out, but Mathrani did invite him to become chief operating officer of the company, which he joined in 2011. Mathrani is now chief executive at WeWork, making GGP something of a CEO academy.

There Khan oversaw the reduction of the portfolio from 169 regional shopping malls to 115, focussing on better quality properties in big cities, and selling secondary assets in smaller towns.

In 2018, GGP was bought by Brookfield, and for the second time Khan took a sabbatical. On a visit to London to meet potential new investors, he heard about the search for a new CEO for Canary Wharf, and beat more than 50 potential candidates to the job.

“We work across office, retail and residential. Retail is increasingly about creating a unique sense of place, and all three of the sectors are converging around that idea, whether it’s the communal space in residential units like health clubs or lounges, or communal spaces in offices,” he said. 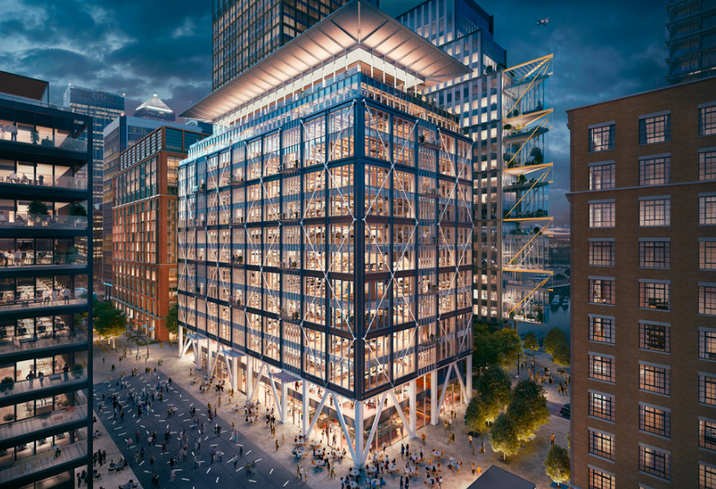 Courtesy of Canary Wharf
The Market Building at Wood Wharf

Khan joins a company in good health, especially in the context of its history, where it has been bankrupt once and had to be recapitalised in the wake of the last financial crisis. Accounts for Canary’s holding company show that its net asset value increased by 9.5% in the first half of 2019, primarily due to an increase in the value of its development pipeline.

He has already started making his mark on the company, both internally and in terms of the portfolio. Part of the company’s HQ at One Canada Square that was given over to offices for five senior directors has been turned into an open-plan workspace to foster greater collaboration and communication. In terms of the portfolio, Canary Wharf’s Level39 coworking business was scheduled to prelet 80K SF of a 235K SF building being built at Wood Wharf, the major new development by the company. Instead, it will expand in the original Canary Wharf estate, leaving the potential for other flexible office brands to take space at the new development.

Wood Wharf is the biggest of Canary’s new development: at 5.3M SF, it will include 3,600 residential units for sale and rent, 1.9M SF of offices and 380K SF of retail.

Those residential units for rent are a big focus for Canary right now: It is in the process of building and leasing three private rented buildings; one called Newfoundland on the original estate and two at Wood Wharf at 10 George Street and 8 Water Street, which total a combined 1,137 units. All will be managed under Canary’s Vertus brand, and the first at 10 George Street opened to residents in February.

Khan said the aim was to be at least 10% occupied at opening, and the pace of leasing has exceeded that, although he declined to give exact figures. He is living in the scheme himself, and predictably, gives it very good marks.

“In order to continue to succeed, Canary Wharf is and will be a thriving, mixed-use area where people can live close to where they work and relax here, too,” he said.

On the play side, the Arts Club, the private members club beloved of the Mayfair set, will open an outpost in 2021 that is under construction, and Ennismore is opening a trendy NoCo hotel in the first new building in Wood Wharf, alongside current restaurants on the estate like Roka or Sticks and Sushi. 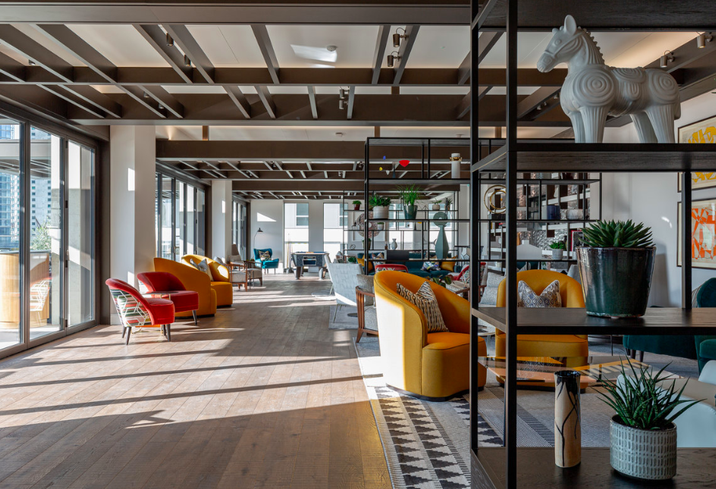 And like Wood Wharf, the other new developments will include significant amounts of residential space. The company is soon to go in for planning for North Quay, a site that previously had planning for 2.4M SF of offices, but which is being reconfigured as a mixed-use scheme comprising office, residential, student accommodation and leisure uses.

Canary is also in early stage talks with local authority Tower Hamlets about changing the consent for the 650K SF Park Place building from offices to a student-led scheme.

Khan is keen to stress that the existing portfolio and the development pipeline is more than enough to be getting on with, but he also has ambitions to expand Canary’s empire in mixed-use development and build to rent as well as offices. The company has sporadically stepped outside of its Docklands stomping ground; it partnered Landsec on the Walkie Talkie tower in the City, for instance, and undertook the huge residential and office development at Southbank Place near Waterloo. Last year it was an underbidder in the sale of Earl’s Court by CapCo, which was ultimately bought by Delancey and APG.

“Longer term I see the Canary Wharf Group brand expanding,” he said. “There’s a skill set that has been developed here across three sectors, and a development platform that is fairly unique. There’s a vision to take that expertise to other parts of London and create extraordinary environments.”