Delancey Waits On The Sidelines With £1B+ War Chest

Delancey is one of the most august names in U.K. property, managed by Ritblat family scion Jamie Ritblat and backed by savvy investors including George Soros.

The firm has been a big seller in the past 12 months, exiting around £1.2B of commercial and residential assets, with another sale of more than £400M on the cards.

It has put some of the profits back into its private rented sector residential business, and returned some cash to shareholders in the fund.

But the bulk of the money is ready and waiting to be reinvested. In a rare interview for the company, Managing Director Paul Goswell explained the strategy behind the sales, and how the money might be reinvested. Spoiler alert: There is no desire to rush into the current market. 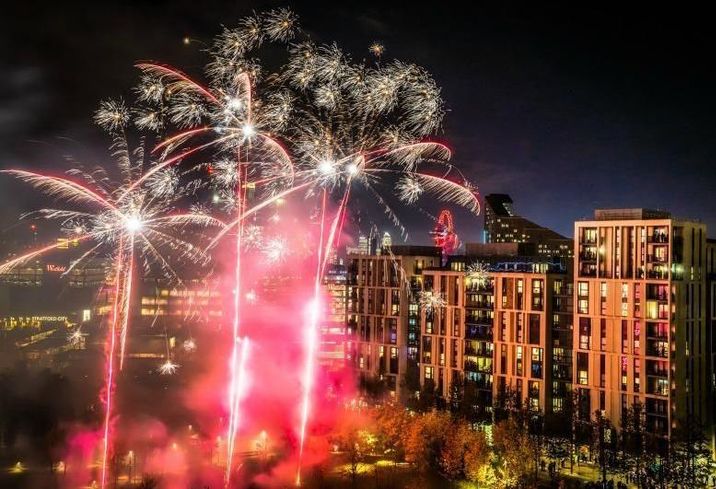 Courtesy of Delancey
East Village, one of the schemes owned by Delancey's Get Living platform

The DV4 opportunity fund the firm manages was a major beneficiary of the last crash, snapping up portfolios of distressed assets from banks like Royal Bank of Scotland, and taking private cash-strapped London developer Minerva before breaking it up and selling its assets at a profit.

Its sales programme has been prolific recently. In the past 12 months on the commercial side it has sold the Royal Mint Court office scheme in the City for more than £200M and the Shop Stop retail scheme at Clapham Junction rail station for £130M. It is also looking to sell its logistics joint venture, DB Symmetry, for around £400M.

On the residential built-for-sale side it sold the Kensington Odeon site to Lodha for around £100M and the 185 Park St. near the South Bank for around the same amount. It sold its St George’s Walk site in Croydon to Hong Kong’s R&F Properties for an undisclosed amount. It has also sold a large development site in Beckenham, Kent.

On the PRS side, it has brought new capital in to its Get Living platform in the form of new partner Oxford Properties.

“It’s not just one large call on the market where DV4 is selling everything it possibly can,” Goswell said. “It was largely investments where we’d come to the end of the business plan so it was a natural time to sell. There were a couple of resi sites where a decision had to be made whether to build them out or sell them. They were at the higher end of the market, which didn’t fit with our strategy of focusing on the affordable part of the PRS market.” 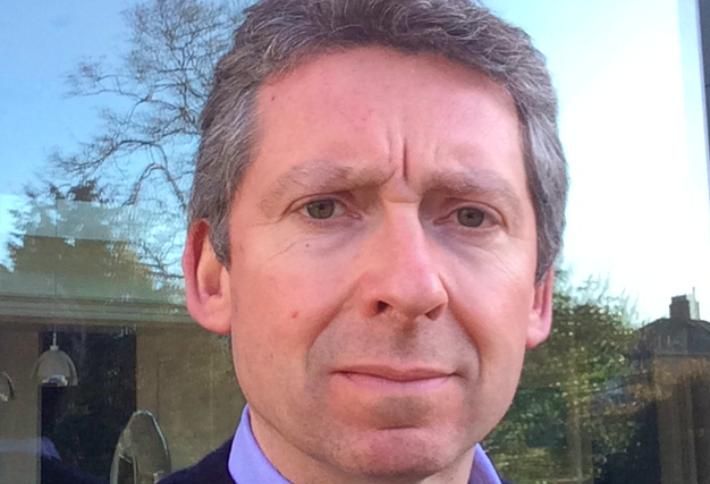 Get Living has been growing rapidly, with Oxford investing £600M for a stake in the business, new sites lined up in Manchester and other regional U.K. cities, and a major scheme at the Elephant & Castle to fund. It is also a bidder for Quintain, the PRS developer being sold by Lone Star for more than £2B.

Goswell said the sales in commercial and high-end residential property are not necessarily only going back into Get Living.

“If you look at that platform it’s been growing quite quickly, but what we have been doing is bringing in third party capital rather than large amounts of new money from DV4 into PRS. That will still be a relatively small part of the overall business.

“Where DV4 ends up is with quite a bit of cash to put back into new investments over the next 12 – 24 months,” he said.

So where is the money going?

“There is no one obvious sector we think we should be rushing in and buying into because it is a great opportunity. We will be looking for assets where we think we can pick them up quite opportunistically and then sell it on after we’ve improved or stabilised it, quite complicated platform businesses, or ventures into sectors that might be more leftfield. It doesn’t just have to be contrarian views.” 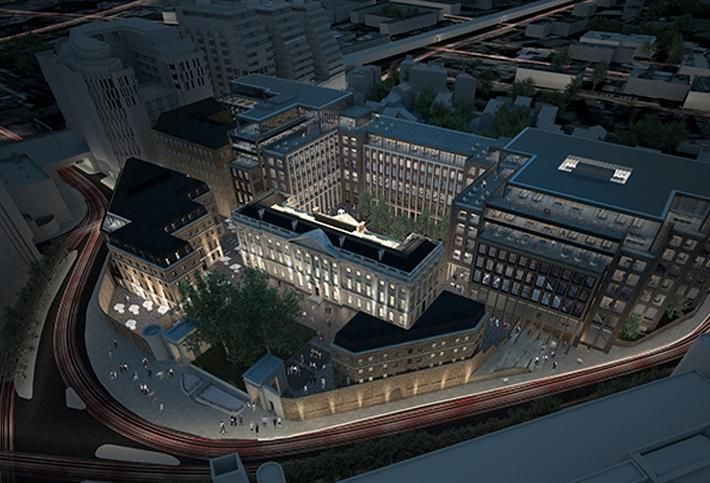 In terms of underpriced assets, like just about every buyer with high return hurdles, Delancey doesn’t see much out there, Goswell said. Brexit might bring about some opportunities, but for now pickings are slim.

“One sector to look at is retail, that is very difficult in a lot of places for good reason,” he said. “But if you can sort the wheat from the chaff there is business to be done – there are even some places where you are still seeing rental growth.”

Goswell said that the firm does not have to look for distressed assets to make good returns. Delancey also has a history of buying platforms, either because they have complicated ownership structures, because they have good growth prospects, or because they are in undervalued niche sectors.

“We are looking at the public markets, we did the Minerva deal but there is never that much activity in the sector because there are not that many realistic targets, but there are one or two things we are looking at. Then there are platforms with the opportunity for organic growth. Most recently, in 2015, we set up the db symmetry platform, the logistics sector was hardly cheap then, but the nature of the business meant that it offered better returns than the direct market. Then there are always things in what are perceived to be left field sectors where we think we can see markets changing. PRS would have been considered left field when we bought into it in 2011, but not today.”

Delancey is helped in this by its unique structure: DV4 is an open-ended fund, rare in the world of closed-ended opportunity funds, so it can buy businesses that require longer for growth than a typical private equity firm can devote to them.

An example is Alpha Plus, the private education business it bought in 2007 which has subsequently seen earnings before interest, depreciation, tax and amortisation grow by seven or eight times under Delancey’s ownership by expanding existing school sites, building new facilities and expanding the company abroad, a process it will now continue. 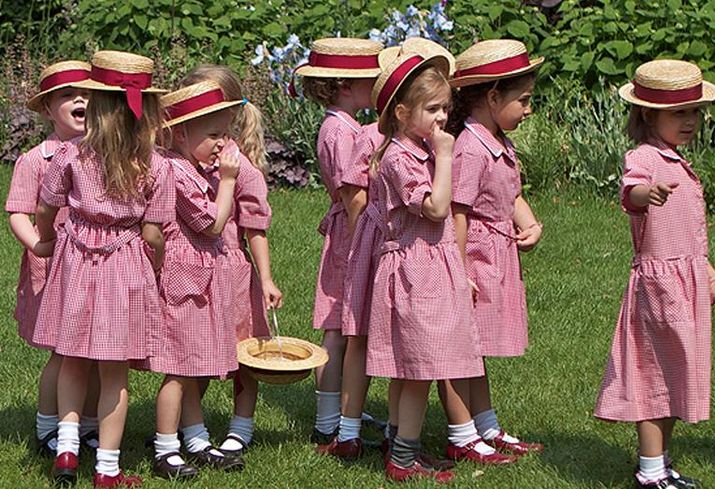 Courtesy of Delancey
Delancey's Alpha Plus school's business has grown because of the company's property nous.

“It doesn’t look like a pure property business, but it was our property skills that allowed us to grow it,” Goswell said. “It is very hard to build new schools as planning consent is hard to achieve – whilst everybody loves schools, nobody wants to live next door to one due to traffic and other issues”, he said. “So we used our skills to find property solutions both to start new schools and to grow the existing ones in the company. It is incredibly robust income, and performance was maintained even through the recession — their children’s education is the last thing people sacrifice.

The company is looking to expand the company abroad, and has opened one school in New York, banking on the strong reputation British education has abroad.

“Now we’re looking to expand the company abroad, and we have opened one school in New York. British education has a great brand abroad, and we want to make the business relevant to international investors. We are looking at a few other situations like this.”

It is also sticking with Here East, the former Olympic media centre which has been turned into a fashionable office space for tech and creative tenants. The 1.2M SF scheme has been so successful it has taken back space from a data centre operator that leases 250K SF there and leased around 150K SF to the Victoria & Albert Museum and is looking for tenants for the remainder. The move increases the overall vacancy rate from 2% to 34%, but Delancey is confident it can fill the space at higher rents than another data centre operator would pay.

Goswell is keen to stress that the firm is in no rush to invest. And he has a mantra that anyone with capital burning a hole in their pocket should remember.

“Yes cash dilutes returns at the moment, but not nearly as much as investing in the wrong thing.”