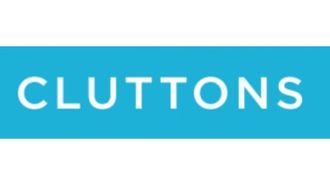 To Make London More Affordable, Foreign Investors May Need To Shift Their Focus

At Shard Tower, 10 luxury flats sit vacant. The apartment units, each priced at £50M, have been on the market for over five years. Sky-high prices have turned away potential buyers. Funded by the state of Qatar, Shard Tower is located in the London Borough of Southwark and part of the London Bridge Quarter.

The Shard is not alone. Foreign investors have put their money toward luxury high-rises across the city, but residents are not renting or purchasing this type of property. London is in the midst of a housing crisis, and several luxury apartments across London have failed to attract residents in search of living options they can afford. These high-end properties remain vacant, and take up valuable space in an already dense city. Most of these empty flats have been built on land that would otherwise provide more affordable housing. As Asian and Middle Eastern investment into London increases, the city is starting to consider how it might benefit from increased foreign investment into more affordable housing.

“Developers are finding themselves in a Catch-22 situation,” Cluttons Head of Research Faisal Durrani said. “They are designing luxury property that is highly attractive to foreign investors, but few residents can actually afford to live there, although the rental yields are still attractive as tenants are increasingly in favor of new homes, complete with all the mod cons.”

This has had an impact on residents because it makes it difficult to find and purchase a home. It has a less obvious effect on investors, who expect to see high returns on their investment.

London is taking steps to address a supply crisis that has become increasingly publicized. Housing in London: Addressing the Supply Crisis, a project organized by the London School of Economics, has aimed to improve the debate and discourse around London’s supply crisis. The project focuses on four main themes, one of which is the role of foreign money. It explores Greenwich Peninsula, a development in Southeast London funded by Asian investors. One-fourth of the development will be affordable housing units.

The development of Greenwich Peninsula could be a step in the right direction for London’s investment in affordable housing, but the city has a long way to go before it can meet demand.

“While these new high-rise developments do include affordable housing, most of them are not what we’d call affordable for low-income families or even for middle-income families,” LSE Research Fellow Kath Scanlon said. “The majority of the units are luxury products. And while it’s a good thing that more housing is coming to London, on the whole, this is at the top end of the market.”

Economists have discovered that the increase in foreign investment into London has a direct correlation to Brexit. The decision turned many European investors away from London, and a number of Asian and Middle Eastern investors see the U.K.’s exit from the European Union as an opportunity for increased investment.

“Many of these investors see Brexit as nothing more than a domestic political issue,” Durrani said. “Brexit appears to be a very minor issue compared to some of the larger conflict happening in Asia and the Middle East, so it does not seem as significant an issue for investors from those regions.”

This outlook, as well as a decrease in investor competition and the devalued pound, have presented foreign investors with an advantage. It has also provided new investors with the opportunity to expand their U.K. footprint. London is still the top investment destination for Middle Eastern investors, and over half of London’s overseas investment in 2017 came from Asia.

But these investments do not succeed unless their properties can appeal to buyers and renters. While there is a surplus of available apartment units in the city, the supply of affordable housing has not kept up with increasing demand. There are a number of vacant houses and flats in London, and 35% of the London market remains unsold.

The City of London has introduced recent legislation to address affordable housing. Mayor Sadiq Khan laid out requirements for an investment of £2.5B toward affordable housing. In an attempt to decrease investment into luxury high-rises, Khan also recommended developing around infill property and into the suburbs, which tend to be less expensive than central London.

Some are worried that these goals may be difficult to execute because they will require significant development to happen in a short period of time. Thirty-six percent of London’s construction workforce are citizens of foreign countries within the EU, so Brexit could also contribute to building delays depending on the outcome.

As investors gain more clarity around Brexit, they will become more confident in the market, Durrani said.

Cluttons
Cluttons offers exceptional depth of property knowledge from a diverse group of experts, with a focus on delivering commercial results for its clients. Cluttons employs over 250 staff through a network of offices in the UK and internationally, providing a wide range of commercial and residential property services, including asset management, valuation, corporate services, telecoms and consultancy. Cluttons uses its proprietary portal technology and deep knowledge in sectors such as telecoms, charities and education to provide clients with unique insights and innovative solutions to help them maximise returns on their assets. Cluttons Investment Management is an established manager of investment property portfolios totalling around £250m. It is wholly owned by Cluttons.
Confirmed! You are subscribed to the Bisnow London E-Newsletter.
Most Read Stories
More Top Stories
Bisnow London Newsletter
Bisnow London Newsletter