And So It Begins. The First Shopping Mall To Go Into Receivership This Cycle

The pressure has been ratcheting up, and now retail property owners are truly starting to feel the pain: a significantly sized shopping centre has gone into receivership for the first time this cycle.

Partners from advisory firm BDO were appointed receivers to the 200K SF Nicholsons Shopping Centre in Maidenhead, according to the Financial Times. The centre epitomises the perfect storm of the falling income and reduced appetite from investors and lenders that is besetting shopping centres.

That is even the case in wealthy areas like Maidenhead, which is only 30 miles from London, and is regularly named among the most economically healthy towns in the U.K. 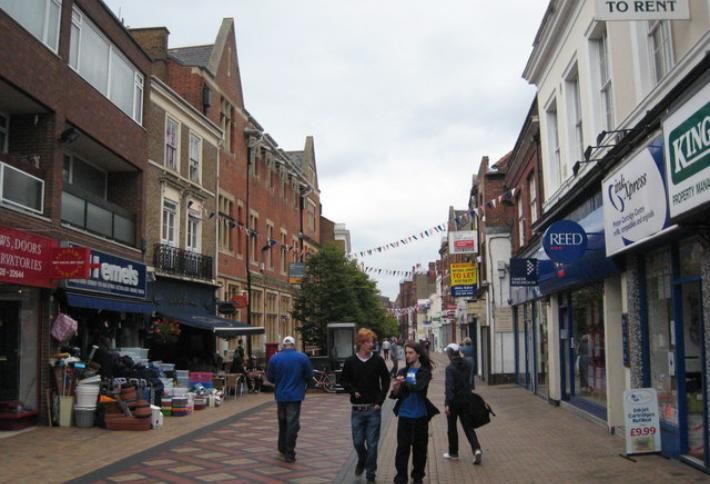 When Cheyne bought the centre it was managed by asset manager Vixcroft, but in 2017 the management was transferred to regional shopping centre specialist Ellandi.

The purchase was funded with a £26M senior loan from a debt fund managed by Hermes Investment Management, putting the senior debt loan to value at 70%. But Land Registry documents show that Cheyne also provided a loan to the scheme through a vehicle called Stornoway Finance, part of the listed real estate debt fund it manages.

Shopping centre income has taken a battering in the past few years as myriad retailers reduce store numbers and try to cut rents, and Nicholsons Shopping Centre epitomises this.

One of the largest retailers in the scheme, Next, departed this year, and Argos left last year.

As a consequence of worsening income, the number of buyers and lenders willing to back retail has diminished significantly. Data from Cass Business School shows that the amount of debt outstanding against retail real estate is dropping by about £3B a year, having fallen from £55B in 2007 to £25B last year. Only a quarter of the 80 lenders it surveys annually would lend to secondary retail, it said.

And there is a glut of shopping centres owned by firms like Cheyne Capital that need to be sold or refinanced and are at risk of insolvency — about 200, according to asset manager APAM, with a nominal face value of more than £7B.

He said the ownership structure of centres was as big a factor in their failure as any inherent weakness in physical retail.

While the Nicholsons Shopping Centre is the first to enter insolvency, there have already been some dramatic examples of destruction of value in the shopping centre world this year.

One of the starkest examples of falling values in the sector is Callendar Square in Falkirk, as first reported by Bisnow. Bought for £25M in 2006, it sold at auction last year for just £1M.

BDO has appointed CBRE to sell Nicholsons Shopping Centre, so the market will set a price on what it is worth today.

Confirmed! You are subscribed to the Bisnow Las Vegas E-Newsletter.