When retired oil industry executive Tim Kollatschny began looking for a new home, he knew he wanted a property at the same quality level as his Braeswood house without all of the homeownership hassles. His attention turned to condominiums because they provide a lock-and-leave lifestyle along with many of the finishings and amenities he was used to.

Later this month, Kollatschny and his husband, a retired lawyer, will move into a seventh floor, 2,800 SF condo at The Mondrian at the Museums, a new 20-residence property in the Museum District. 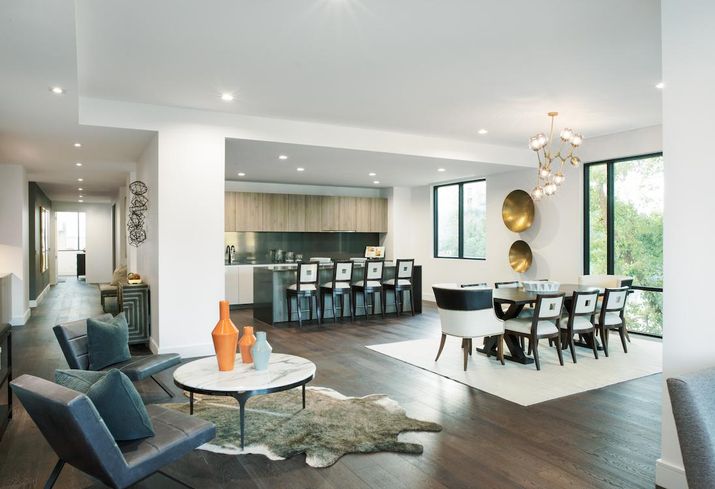 The couple sold its 2,900 SF midcentury modern home with an outdoor pool and manicured yard sitting on two-thirds of an acre. Condos at The Mondrian start at $1.3M.

“A lot of condos we checked out looked more like apartments but were a little bit nicer,” Kollatschny said during the grand opening of The Mondrian this week. “This is really the only project that we found that was the same quality of our home but just in a condo setting."

Developers say there are a growing number of Houstonians like Kollatschny considering purchasing a condo. The numbers don’t seem to back the claim — condo sales held steady for a few years and then slipped between 2017 and 2018, but developers Bisnow interviewed say beneath the data at hand, the densification of the urban core and the evolution of Houston’s condo product is driving more interest in the product.

When compared to other major metros such as New York, Miami, San Francisco and Chicago, Houston has historically been an underrepresented condo market, Sudhoff Cos. CEO Jacob Sudhoff said. Miami alone has 10,000 condos on the market, and about 4,000 of those were new in 2018.

"The condo way of life that has dominated other markets is finally coming to Houston," said Sudhoff, who will be speaking at Houston's Multifamily Madness event March 19.

The numbers say otherwise. Houston has averaged more than 3,000 condo sales since 2014, according to the Houston Association of Realtors’ Multiple Listing Service. Last year, the number of condos sold dropped 14% to 2,784 units compared to 3,232 units in 2017.

HAR board member and 30-year Realtor Tim Surratt said the condo sales data it tracks is not a true representation of the demand in Houston. He said the 2018 decline is possibly due to a number of condos not being listed on HAR. He noted that more than half of all condos were not marketed on the platform.

If a developer has several condos available at one property, it may only upload a few examples while many more are available for sale, he said.

The new construction pipeline slowed in 2018, which can also be credited for the dip in sales, Sudhoff said. Sudhoff Cos., which claims to represent 80% of the luxury condo market in Houston priced above $750K, has six projects totaling 350 units planned or under construction to be delivered by 2022. And demand is hot for them. 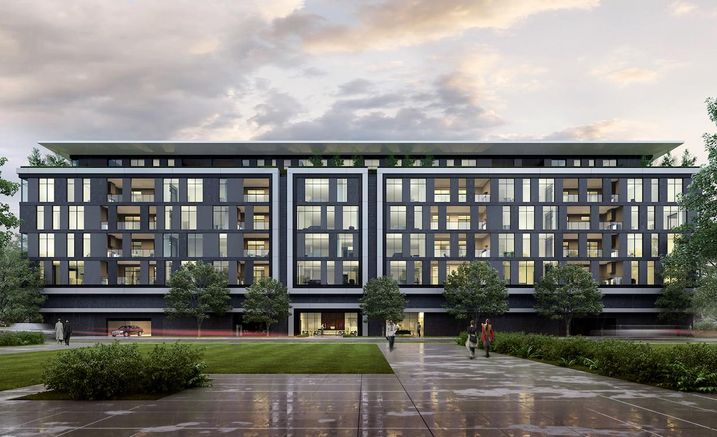 Courtesy of Sudhoff Cos.
A rendering of the Giorgetti Houston

Of the Sudhoff projects delivered in 2018, The Wilshire at River Oaks District is sold out, The River Oaks is 85% sold and The Moderne Rice Village, which held a grand opening in August, is 20% sold. The Mondrian, where Kollatschny is moving, is 65% sold.

Sudhoff has two projects — The Sophie at Bayou Bend and Giorgetti Houston — opening in late 2019. Both projects are about 65% purchased.

There is a shortage of new condos on the market and coming to market, Sudhoff said. There are fewer than 50 units ready to purchase between $750K and up, and fewer than 100 units under $750K, he said.

The perspective of owning a condo is changing. More people are accepting the fact that they don’t have to own the land, a very Texas way of thinking, Surratt said.

A growing number of empty nesters who purchased homes in the suburbs are selling their large family homes and moving into more urbanized areas.

Inner Loop neighborhoods such as River Oaks, Galleria, Texas Medical Center and areas around Downtown have and will see the demand for condo options, Surratt said.

“There is a rising demand for condos,” Caydon Property Group Chief Operations Officer Derrek LeRouax said. “It is an appreciating asset and we think people are going to be interested in it.”

Caydon, a big-time condo developer in its home country of Australia, is constructing The Midtown, a 357-unit high-rise multifamily complex in Midtown. In a future phase of the mixed-use development spanning over three city blocks, the developer plans to add condos along with restaurants and bars. 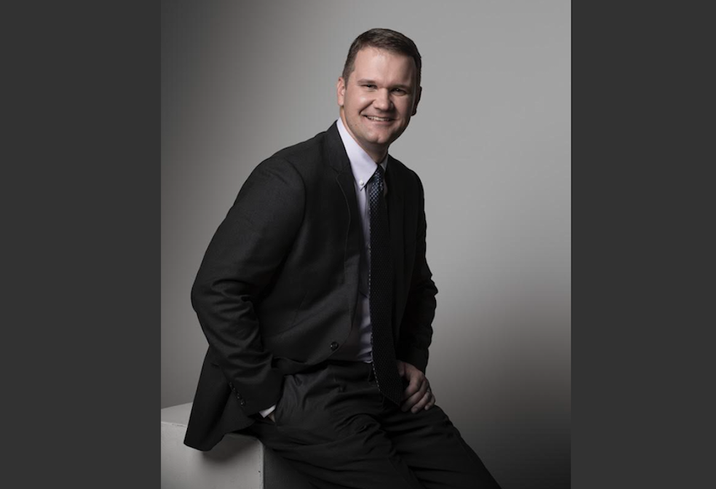 "We think there is an opportunity in Midtown, a community we believe in," said Lerouax, who will also be speaking at Houston's Multifamily Madness event March 19.

The attractiveness of these densifying areas includes the centralized access to restaurants, retail and other entertainment like the museum and theater districts.

Many condo owners opt to live near their old neighborhoods, Surratt said. The condo allows them to have a simpler life, but the location provides access to their neighborhood favorites like a dry cleaner or drugstore.

Kollatschny plans to travel monthly and take long vacations in the summer and said he prefers a lock-and-leave environment. Those are common reasons people are drawn to condos; residents in high-rise condos worry less about flooding and burglary and can cut costs for cleaning, and pool and lawn services. 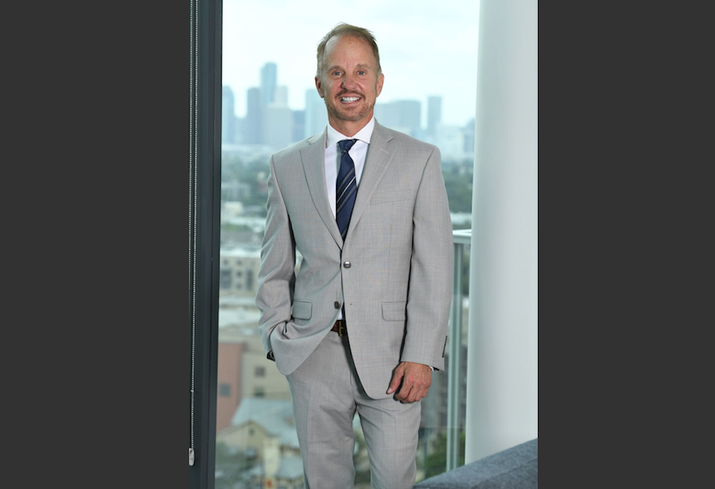 As more Houstonians consider or make the switch to condos, the product can be contagious. As people experience their friends' condos, they become introduced to the lifestyle and may see the appeal.

“It catches fire and it goes from one person to the next,” Surratt said.

Modernization is the benchmark for the next generation of condos in Houston, Sudhoff said. About a decade ago, the quality of condos was only a step or two above a high-end apartment. That will not be good enough going forward, he said.

Many Houstonians are used to living in single-family housing and condo developers must accommodate that way of life for condo living to become more popular, Sudhoff said.

But there is room to cater to people in condos. Unlike apartments, condos allow for more specialization and customization in design as the residents are expected to live in units longer than a 12-month lease, Lerouax said. Developers also can make a stronger investment in health and wellness amenities and home automatic technology.

Sudhoff Cos. moved to construct larger floor plans averaging above 1,600 SF, which is bigger than condos in Austin that average 1,500 SF, Sudhoff said. The balconies are increasingly bigger. An apartment balcony may be 50 SF, but Sudhoff balconies range from 250 to 1K SF. At the Mondrian, the average balcony is 200 SF, though some are up to 600 SF.

The Sudhoff balconies are equipped with outdoor amenities such as a gas fireplace, a built-in grill and pre-wiring for a television over the fireplace. More than 50% of the Sudhoff owners have dogs, so the company created an AstroTurf drain that allows the dog to potty on the porch without having to walk downstairs multiple times a day.

"That has been a hit for us," Sudhoff said. "We are giving them what they want."

Learn about condos and the other latest trends in multifamily living at Houston's Multifamily Madness event at The Westin Galleria on March 19.