Charles Schwab is moving its corporate headquarters to Westlake, Texas, after the brokerage firm merges its business operations with TD Ameritrade.

San Francisco-based Charles Schwab announced on Monday an agreement to buy TD Ameritrade in an all-stock transaction valued at $26B. 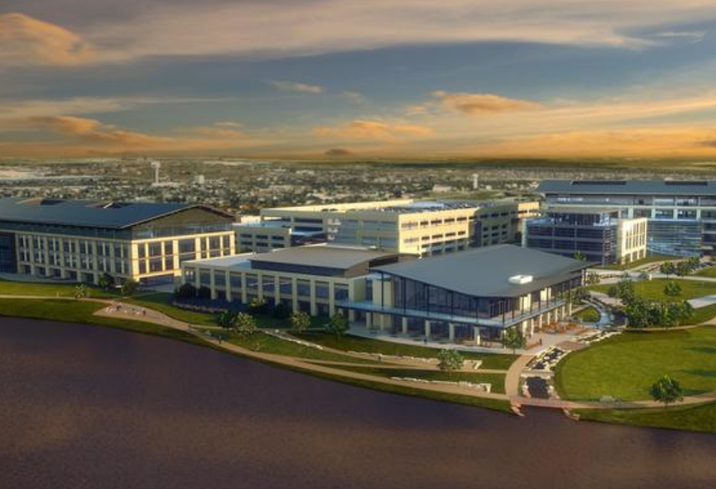 “Both companies have a sizable presence in the Dallas-Fort Worth area,” Charles Schwab said in a statement. “This will allow the combined firm to take advantage of the central location of the new Schwab campus to serve as the hub of a network of Schwab branches and operations centers that span the entire U.S. and beyond.”

The integration of the two firms is expected to take 18 to 36 months to carry out, with Schwab Senior Chief Operating Officer Joe Martinetto overseeing the process.

Schwab, which was founded in San Francisco, said it remains committed to the Bay Area with only a small percentage of the area’s local positions moving to Westlake. The company declined to answer Bisnow's questions about how much space it will retain in San Francisco, but said it intends to keep a sizable corporate footprint in San Francisco going forward.

The company is less than halfway through a 10-year lease it renewed for 417K SF at 211 Main St. in San Francisco in 2016. When Bisnow covered that renewal, Charles Schwab was slowly moving employees to Texas and Colorado for lower rents. Schwab employed 1,590 people in San Francisco at the time, down from more than 2,000 in 2015, the company said.

Westlake, on the other hand, made headlines in 2015 when Charles Schwab nabbed 70-plus acres adjacent to Circle T Ranch from Hillwood.

It was known at the time Charles Schwab had plans for a massive operations center in the upscale suburb of Westlake, north of Fort Worth. The brokerage already had a lease for 130K SF of office space at 2050 Roanoke Road in Westlake.

The company eventually broke ground on its Westlake campus and launched a Phase 2 in 2018 that pushed Schwab's capacity inside the DFW suburb somewhere between 6,000 to 7,000 employees, the Dallas Business Journal reported.

TD Ameritrade is based in Omaha, Nebraska.

CORRECTION, NOV. 28, 10:38 A.M. CT: The story has been updated to clarify Westlake's location as part of the broader Dallas-Fort Worth Metroplex.