Montrose: The Area All Restaurants Want To Be In Has Eaten Many Alive

Montrose — a popular Houston neighborhood recognized for its eccentric, counterculture history — is highly sought after by restaurant operators. It is known for top-rated staples like Anvil Bar & Refuge, Hugo's, Paulie's Restaurant, Pistolero's, Hay Merchant and Uchi.

However, the reality of high rents and the low availability of retail spaces and parking has forced many restaurateurs to search elsewhere or close only months after the first plate is served. 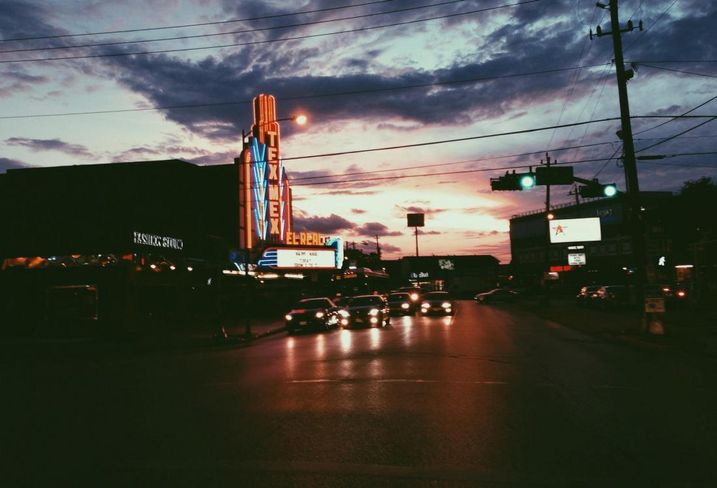 "Montrose has always been the place I wanted to be," said chef Chris Shepherd, who is operating all five of his concepts on Westheimer in the Montrose area. Hay Merchant opened first in 2012, Blacksmith followed in 2013, and UB Preserve, Georgia James and One Fifth Mediterranean opened in 2018.

"It has always been the heartbeat of the city and one of the only walkable communities in Houston."

"The city as a whole is evolving," Shepherd said. "There is always something new popping up."

Densification and revitalization efforts are prompting more people to live in the city’s core, and the centralized location of Montrose is unmatched. It is easily accessed by Downtown Houston and Midtown from the east, River Oaks District and Upper Kirby from the east and West University Place from the south, Edge Realty Partners co-manager and principal Josh Jacobs said. It has a variety of residential developments and its appeal is boosted by a host of museums, parks and other entertainment.

The popularity of Montrose has many retailers putting the neighborhood on the top of its list even before they tour any possible locations, CBRE Senior Associate Lacee Jacobs said.

However, a competitive market isn't good news for everyone. Finding a location in the tight submarket takes a lot of time and patience, which can be problematic for first-time restaurant owners, she said. And while the sight of a new restaurant could represent the conversion of outdated property or new construction in unchartered territory, in Montrose, it often means the demise of another business.

"It usually takes up to a year to find a good space in Montrose, waiting for some other operator to fail so we can take the space," Lacee Jacobs said. 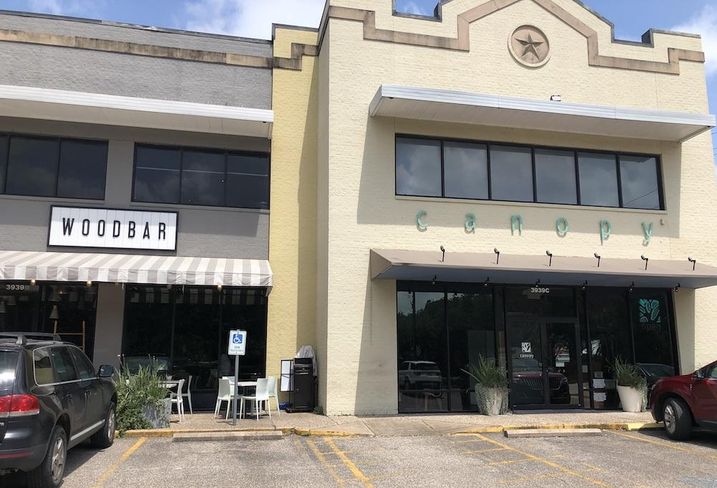 These opportunities have been opening up recently — since December, a number of prominent restaurants have closed in Montrose, citing a score of different reasons.

“You have to be really good to survive in Montrose,” Josh Jacobs said. “The food, the quality and the concept have to be on point.”

Cane Rosso, a Dallas-based pizza company, closed its Montrose location at 4306 Yoakum Blvd. at the end of 2018. Since it opened in October 2016, the pizzeria struggled to gain traction in the neighborhood and staff turnover and service challenges hindered the store from achieving a sustainable level of revenue, owner Jay Jerrier told CultureMap.

"This definitely sucks as it is our first and only restaurant to close in eight years," he said. "But for the last two years, we literally tried everything that has worked at our other locations and had really tried to be a good neighbor — even though we came from evil Dallas."

Within a few weeks, the neighboring owners of The Pit Room stepped up to take over the space, launching a new Tex-Mex eatery, Cadente. It is expected to open mid-July, per Eater Houston.

In late May, Canopy and WoodBar owner Claire Smith said she won’t be re-signing her lease of nearly a decade at 3939 Montrose, the Houston Chronicle reported. She said she will be focusing on her catering company Alice Blue at 250 West 19th St. in the Heights.

In the same month, East Hampton Sandwich Co. shuttered its Montrose location at 907 Westheimer Road less than a year after opening, according to CultureMap. The company said it is relocating to Understory food hall at the newly constructed Bank of America tower in Downtown Houston to be closer and more convenient to its customers. It also has a location in the River Oaks District.

The robustness of Montrose underscores the competitiveness of the Houston retail market in general.

"It is not specific to Montrose," A’ la Carte Food Service Consulting Group's Ashley Rosenfeld said. "Houston just has so many options. It is a competitive restaurant market."

The overall retail occupancy rate has been above 94% for five straight years, according to NAI Partners. The occupancy rate in the Inner Loop and River Oaks submarket that includes the Montrose neighborhood was 94.6% for Q1. 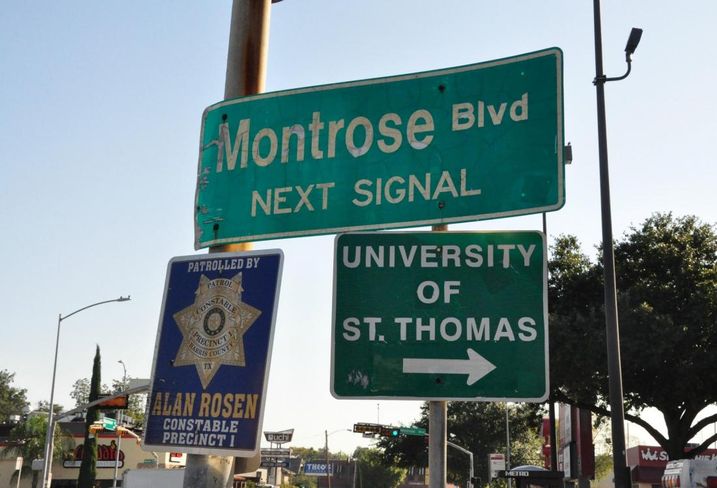 The Price Of Montrose

While noting every restaurant has a different reason for closing, Lacee Jacobs said increasing rental rates and land prices are playing a role in the ability for businesses to survive. Some business owners have signed rental agreements for rates much higher than the revenue the establishment will bring in, she said.

In the first quarter of 2019, the triple net rental average in the Inner Loop and River Oaks submarket that includes Montrose was $32.51, according to NAI Partners. That is the second-highest retail price point in the Houston area and is 17.7%, or nearly $5, higher than five years ago. The average in Houston is $18.06, which is up 6.3% from this time last year.

The timing of nearby development and expansion can impact the leasing agreement, she said. She and her husband opened their first location in an old warehouse. She said they took a chance on the location, but since that time more development has occurred, which has driven the price up.

“Houston is so busy that other neighborhoods are experiencing higher rents,” Burden said. “But, the Montrose neighborhood goes with the rent.”

Montrose is an established neighborhood, but it is facing a shift in development to more multilevel mixed-use, Weitzman Assistant Vice President Brett Levinson said. Higher land costs and a higher cost of development in the Inner Loop are spurring this redevelopment, which can lead to higher rents down the road. 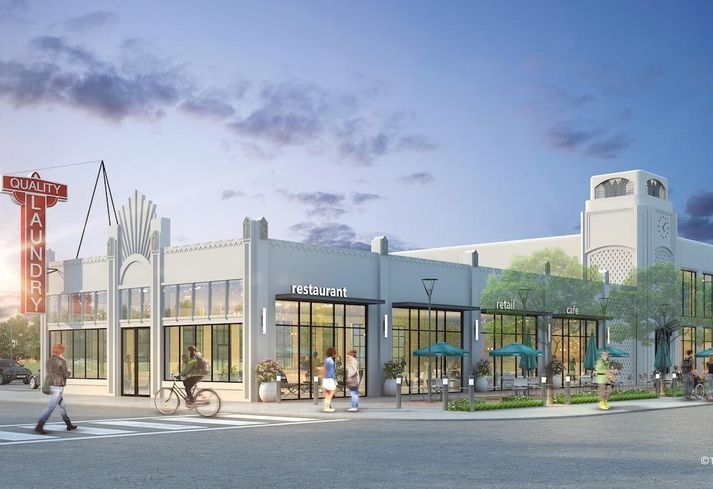 Courtesy of Arch-Con Construction, Oxberry Group
A rendering of the redevelopment of Rêve at Montrose

Oxberry Group is planning to transform a 1930s building into Rêve at Montrose, a two-story retail center at 1110 West Gray St. Built as Quality Laundry, the structure will include 17K SF of ground-level retail and 6,500 SF on the second floor. The first floor is fully leased with the second floor available for medical, professional or service-oriented tenants. Oxberry purchased the property in 2017.

The redevelopment trend is expected to continue in Montrose, as property owners seek to provide more convenient, walkable retail space and take advantage of the live-work-play lifestyle, Levinson said.

While ride-sharing platforms like Lyft and Uber have picked up in popularity, Houston is still a driving city, she said. Locals have not evolved to where more people ride-share than drive.

Houston's parking regulations depend on the type of business, not the location. Thus the discussion for more or less parking varies depending on the neighborhood. Over the years, Houstonians have argued to remove mandatory parking minimums in Midtown and EaDo like Downtown, which has no such minimum.

In an area like Montrose, a residential community stretched with bus lines, street-level retail and plenty of foot traffic, it may take a more nuanced approach.

In 2017, the Planning Commission proposed creating a shared parking area for Montrose, which would eliminate underused parking lots and streets from being treated like overflow parking, according to the Houston Chronicle. The measure was approved and provides some businesses with more flexibility in providing parking for their employees and customers.

However, Tony Allender, who at the time was the Montrose Management District director of special projects, said the special parking area was just the beginning of the parking needs for the area, noting a substantial parking deficiency in commercial areas. 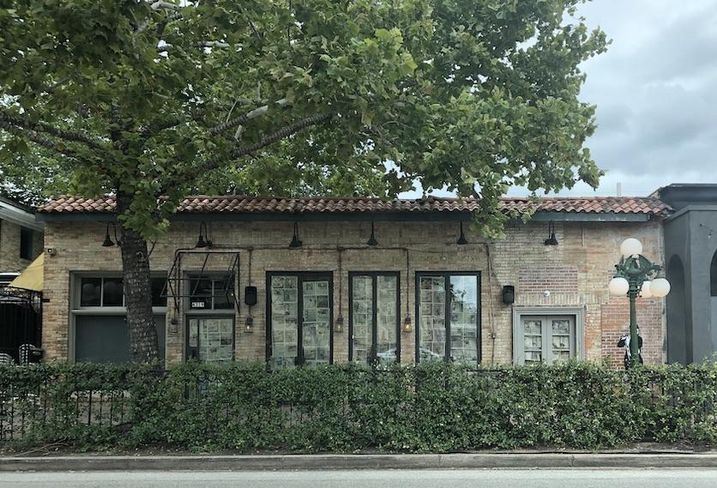 Benjamin Berg, the man behind the B&B Butchers & Restaurant and the Berg Hospitality Group, is opening his second B.B. Lemon at 4319 Montrose in late June. The sister restaurant will take over the former Pax Americana Restaurant.

Berg was drawn to the attractiveness of the Montrose frontage and historic character of the buildings on the block, he said, but parking availability was part of the site selection process.

The Montrose location will have more parking than the Washington Avenue location, Berg said. The 3K SF building will offer about 40 parking spaces behind the restaurant.

It helped that a nearby French restaurant recently changed its parking procedures. The owner opted to rent the parking lot from a nearby bank and use it for valet parking at night, a growing trend for local business owners, Berg said.

The BuffBurger location in Montrose has a dedicated parking lot in the back with about 40 spaces and additional street parking, which is rare in Montrose, according to Burden. She said not having enough parking would have been a deal-breaker for the spot.

"We learned from our first location that parking can really make or break you," she said. "Everyone in Houston is in a car and in a hurry. Parking has to be convenient."

Levinson represents many retail clients that are looking for space inside the Inner Loop. But due to the high rental rates, the lack of available space and timing, he said he has been unsuccessful at leasing in Montrose. He usually directs his clients to properties in the Heights, Midtown and Galleria as comparable neighborhoods.

Rosenfeld, who is working with three restaurant clients in Montrose, suggests the Heights, West University or Rice Village as secondary locations unless a client is willing to wait for availability in Montrose.

And many restaurateurs are willing to do what it takes to be in Montrose, despite the pain points that chew so many restaurants up.

"The Montrose market is only going to get stronger," Josh Jacobs said. "It is one of the most interesting markets in the whole city."