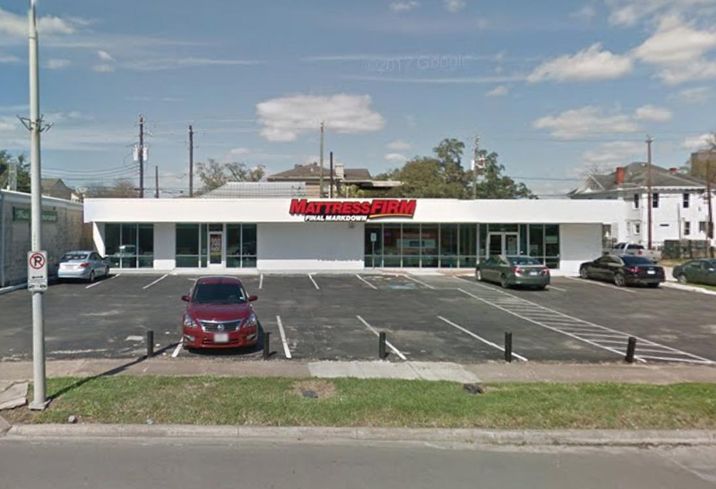 With the closure of the location at 202 Westheimer Road in Houston, the Houston-based retailer has 14 locations remaining within the Inner Loop, according to the company's website. Mattress Firm has closed more than 150 stores since September 2017.

The closures are mounting as the company faces financial and legal woes. In the first half of 2018, parent company Steinhoff International Holdings announced the national mattress retailer lost more than $150M on nearly $1.5B in sales.

Reports in August suggested that Mattress Firm was headed toward a possible bankruptcy filing to help cut down its portfolio of failing stores. Investment bank Piper Jaffray said the move would help the company get out of bad leases and improve cash flow and profitability. If the company went this route, analysts predict a filing could come as early as October.

This is just the latest in a messy web of trouble.

In November, Mattress Firm accused former Colliers International Atlanta executive Alexander Deitch, along with former Mattress Firm in-house real estate executives Bruce Levy and Ryan Vinson, of running a real estate scheme to push the company into high-priced locations in exchange for kickbacks and other incentives for a select group of developers.

All of this was allegedly done to achieve the company's aggressive growth strategy, corner the mattress retail market and steal market share from competitors.

“It's quite obvious [Mattress Firm] expanded too quickly," Transwestern Director of Research Stuart Showers previously told Bisnow. "They pushed very hard for growth, so it made it easy to cover [the alleged fraud] up. A lot of these locations don't make much sense. They're deals just to get a deal done."

In a countersuit earlier this year, Deitch claimed that a number of the company's top executives, including CEO Steve Stagner and former CEO Ken Murphy, had full knowledge of the above market rates deals and signed off on them.

Mattress Firm filed to throw out Deitch's countersuit, but a Harris County court ruled on Sept. 11 that it would not dismiss it.