Boston may have family dynasties stretching back to the Mayflower, but Houston's wildcatting history has been refreshing our major players. For that reason, these Houston dynasties are relatively young (the oldest dating back to 1901). From pioneering the Energy Corridor to MUD funding, here are the families changing Houston's skyline. 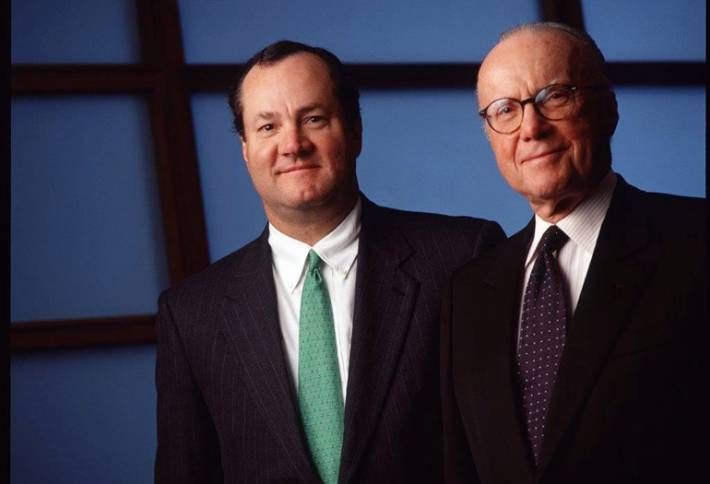 The Founder: Gerald D. Hines, a mechanical engineer, moved to Houston in 1948 along with some frat brothers. His first development was a 5k SF warehouse/office building on Richmond Avenue for his neighbor. He hired his first employee in 1958, and in that year built six office/warehouse developments and his first Class-A office, the two-story GE Building on Richmond Ave. Today the firm has 3,400 employees in 19 countries.

Famous Properties: Hines has developed 790 properties, including skyscrapers, corporate HQs, mixed-use centers, industrial parks, medical facilities, and master planned resort and residential communities. Gerald’s development of the Houston Galleria in 1970 marked a turning point in the evolution of enclosed shopping centers, and he changed architecture forever when he developed Pennzoil Place in 1975. He’s built many of Houston’s iconic skyscrapers, including One and Two Shell Plaza, Williams Tower, BG Group Place, JPMorgan Chase Tower and Bank of America Center. Globally, Hines is known for EDF Tower in Paris, The Lipstick Building in New York and Del Bosque in Mexico City. The firm has a presence in 199 cities around the globe, and it’s known for setting the bar high with its developments.

Next Gen: Gerald has said that the most meaningful moment of his career was when his son, Jeff, joined the business in 1981 as an assistant project manager on the Bank of America Center. Jeff now co-owns the company with his dad and serves as president and CEO. Jeff’s daughter Laura Hines represents the third generation of the Hines family to join the firm; she's the project manager of River Point, a 52-story office tower under construction in Chicago.

Where They Are Now: Gerald and Jeff are very involved in the Houston community. The Gerald D. Hines College of Architecture and Design on the University of Houston campus is named in Gerald's honor, and he takes an active role in the ULI/Gerald D. Hines Student Urban Design Competition. Jeff has been a big supporter of KIPP Academy and United Way of Greater Houston. Hines’ Houston developments underway include 609 Main at Texas, San Felipe Place, and two multifamily projects, The Southmore and Aris Market Square. 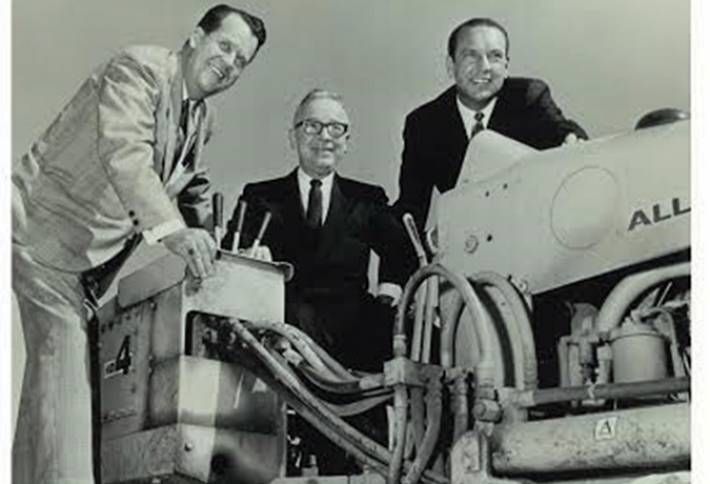 The Founder: Dan M Moody, Sr. began developing commercial property in Houston during the 1950’s and was active until the late 1970’s.  He developed the first high-rise luxury apartment project, The Mayfair, and some of the first shopping centers in Houston (Town & Country Village and Northshore Village)

Next Gen: Dan Moody Jr co-founded Moody Rambin with Howard Rambin, and his son Dan Moody III is managing director of Moody Rambin’s development division. Dan Jr's brother John Moody founded Parkside Capital and serves as its CEO; his sons Joe and Dan T. are its president and VP, respectively. Their brother John Jr runs Moody Law Group (which provides legal counsel to commercial real estate clients, including many members of the Moody family) and was just named a Top 100 Attorney in Houston by Super Lawyers magazine for the second year in a row.  Dan Jr.’s and John’s brother George was a long-time broker and developer, and his son Mike is the CEO of Newmark Homes Houston (one of the metro's top 20 home builders).

Famous Properties: Moody Rambin has built retail centers including Town & Country Village (the Moody family operated it from 1967 until 1984 and then rebought/redeveloped it in 1994) and the Shops at Bella Terra, and recently delivered office buildings Town Centre I. Parkside does land investments and has a number of large mixed-use projects and business parks underway, including West Ten Business Park and Verde Parc (120 acres at I-10 and the Grand Parkway).

Where They Are Now: Town Centre’s second phase is designed and will begin construction sometime next year. Parkside’s building out 40 acres in Pearland that’s gotten some buzz because Costco is opening its first Pearland location there. 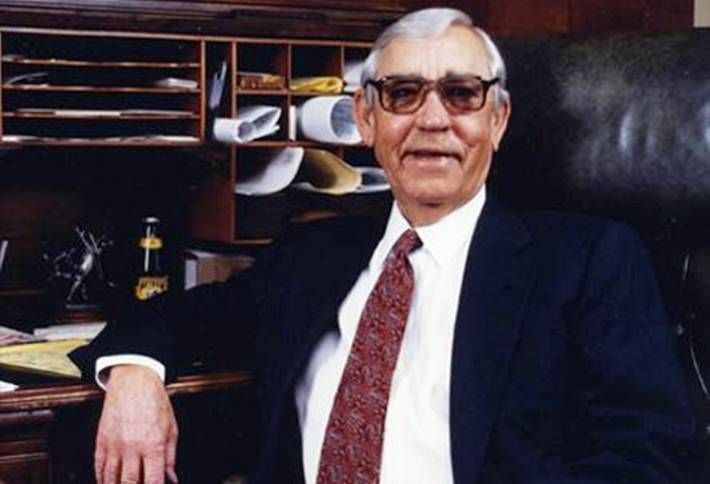 The Founder: Walter Mischer Sr. left a mark on Houston in numerous ways. Known as the Kingmaker in the ‘80s, he funded numerous campaigns, including raising $3.2M for Reagan’s presidential campaign, the most of anyone in the country. He’s credited with creating the municipal utility district concept, which helped Houston privately finance infrastructure for new development. He also founded Allied Bancshares, which merged with Wells Fargo, co-founded Marathon Manufacturing Co, and served as a director of Southwest Airlines for 19 years. He was also a lifeline director of the Houston Livestock Show & Rodeo and chaired the capital campaign for the Texas A&M Institute of Biosciences & Technology at the Texas Medical Center.

Where They Are Now: Mischer is building up commercial offerings in its Cypress Creek Lakes master planned community. It built a retail center recently, will start construction next year on Houston’s first Moviehouse & Eatery, and has announced plans to build a 29k SF Class-A MOB. 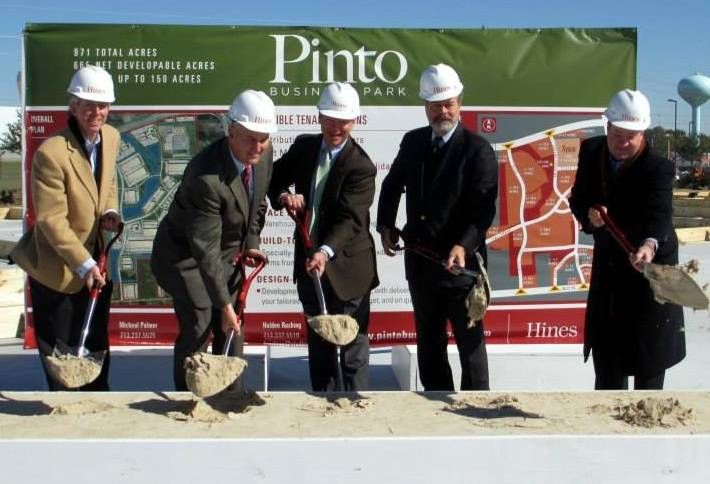 The Founder: Ernest Cockrell formed Cockrell Oil Corp at the turn of the century. Oil and gas is still its main business, but it’s also involved in real estate through Pinto Realty.

Next Gen: The company passed through Ernest Jr., who was among the first class of students at UT’s petroleum engineering department; the Cockrell family has given $202M to the university, and it now boasts the Cockrell School of Engineering. Ernest H. took over Cockrell Interests in 1979 and leads the Cockrell Foundation. His son Ernie D. is managing director of Pinto Realty.

Where They Are Now: Next summer, Pinto’s delivering Park Place at Buffalo Bayou, an 18-story tower with 250k SF of Class-A office. And just this week, Pinto sold three buildings to TIAA-CREF. 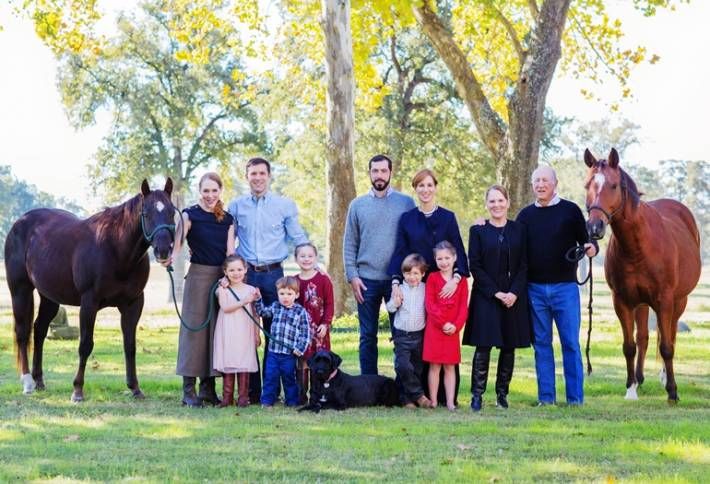 The Founder: David Wolff founded Wolff, Morgan and Co in 1970. In 1985, it became Wolff Cos. He’s a partner in the San Francisco Giants and San Francisco’s AT&T Park, owns a 1,700-acre working cattle ranch in Independence, TX, and has vineyards in Napa Valley. He’s known for his dedication to West Houston, including founding and chairing the West Houston Association and coining the name “Energy Corridor” for the submarket he’s been developing in since 1972. David also chaired METRO for six years and served two terms as chair of the Houston Parks Board.

Next Gen: David’s daughters Carolyn Dorros and Elizabeth Rogers are VPs with the company; Carolyn handles strategic planning, PR and marketing and the financial assets portfolio while Elizabeth runs planning and development of Gates Ranch, a 1,500-acre master planned community in Washington County. David's quick to point out that his girls earned their spots—Carolyn has an MBA from Harvard and Elizabeth got her master's in real estate at MIT.

Pictured: The Wolff clan, including Elizabeth on the far left, Carolyn in the middle, and David far right

Where They Are Now: There are major projects underway in Central Park, Wolff’s 78-acre project in the Energy Corridor. MD Anderson is building a $114M center, and Worthing just delivered a multifamily community. In Ten Oaks, two hotels are under construction, and retail and multifamily are about to break ground.