Over the last 18 months, The Cannon has been knocking out leases left and right.

The innovation hub for entrepreneurs, startups and small businesses has pre-leased nearly 90% of its office component, according to founder and CEO Lawson Gow. Tenants will begin moving in by August.

The 120K SF facility at 1336 Brittmoore Road features 131 offices, 300 open and dedicated desks, a movie theater, a game room, event space, a full-service kitchen, and a health and wellness center. The center also offers a range of programming and business support.

Gow intends the project to fill a gap in tech and innovation-focused office space.

"There is a rallying cry to solve this issue in Houston," Gow said. "We need to do more."

The lease-up of the facility represents the pent-up demand for innovation-focused spaces, more than what anyone would have predicted, he said. The Ion, the future linchpin for the Innovation District between downtown and the Texas Medical Center, will break ground later this month.

"The sprawl of Houston can be solved by creating startup hubs in all of the major population clusters," Gow said. "Otherwise, we will create disenfranchised geographic areas, where people cannot go all the way to downtown or to the Cannon."

Anchored in West Houston at Beltway 8 and Interstate 10, The Cannon is launching satellite locations, including one open in the Post Oak area and another coming soon to downtown. The company is considering six other locations, including areas such as The Woodlands, Pearland, Katy and Cypress.

Gow said an increasing number of firms have reached out seeking to expand The Cannon to their city. The expansion can take multiple forms: a seemingly identical campus-like structure or a vertical village with each floor of a mid- or high-rise office property focusing on different sections of the current structure.

While Gow has even bigger plans such as housing, retail and additional support at the headquarters, he said the physical space isn't the secret sauce of The Cannon.

"The community transcends the space," he said. "If we can just get there and surround them with all the resources they need, you don't necessarily need something like this everywhere."

Check out photos from Bisnow's tour of The Cannon: 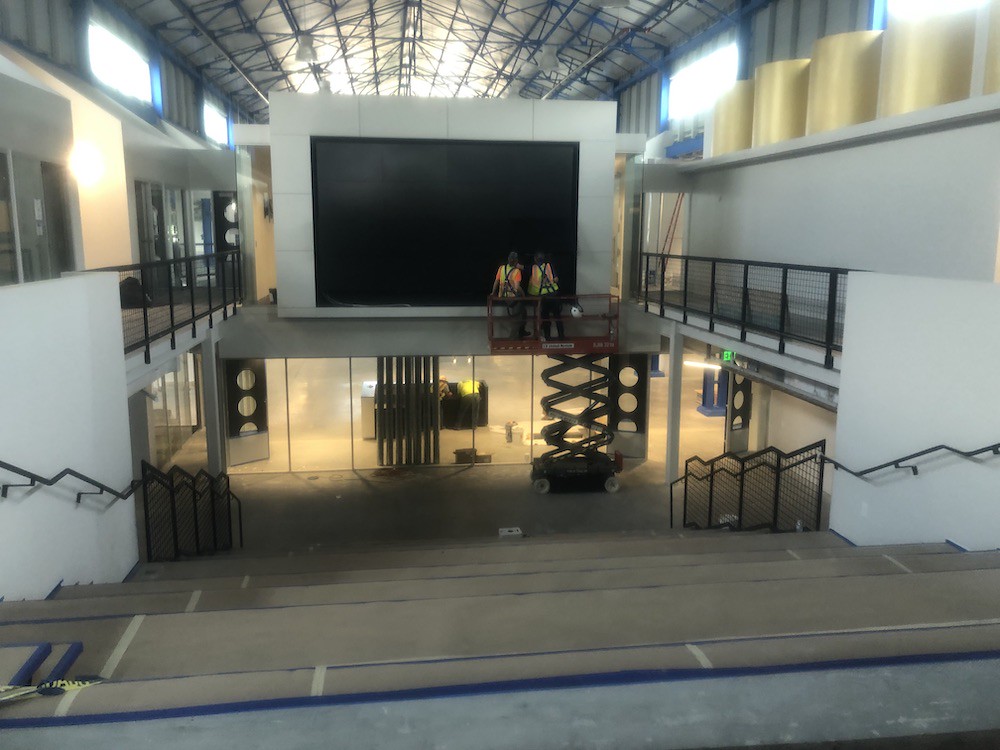