When Amazon skipped over Houston as even a finalist for HQ2, many pointed a finger at the city's lackluster technology and innovation pipeline as being to blame.

A little over a year later, the proposed Innovation District, a 4-mile stretch from Downtown to the Texas Medical Center, is more than a long-shot development pitch. Two major announcements Wednesday show the city is ramping up resources for the entrepreneurial and startup community. 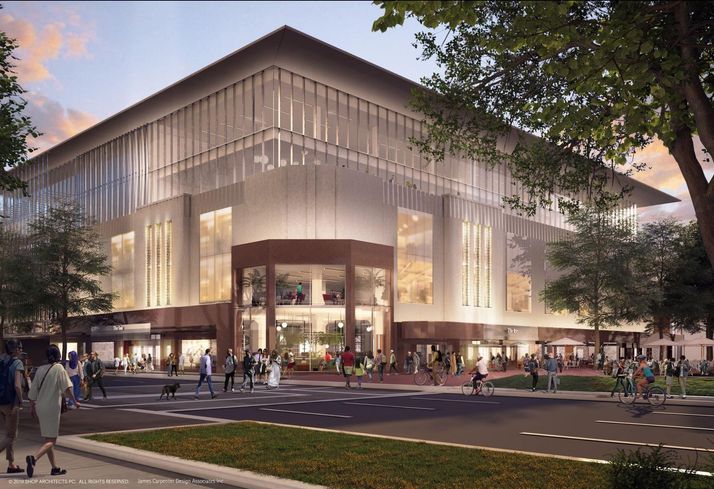 Courtesy of Rice University
A rendering of The Ion, the 270K SF former Sears building in Midtown

Renovations at the historic Sears building in Midtown, which will serve as the center point of the Innovation District, will begin in May, according to a release from Rice University. The project has been named The Ion.

Separately, the Downtown Redevelopment Authority will provide MassChallenge, a global startup accelerator, with a grant not to exceed $2.5M over a five-year period, DRA Board Chairman Xavier Peña said at a news conference. MassChallenge will lease a 5K SF office at GreenStreet, the mixed-use development in Downtown by Midway Cos. It will draw startups to its facility, creating a tech foothold Downtown.

A 2017 Accenture study conducted for the Greater Houston Partnership concluded that Houston has a thriving economy, but its potential was limited by the absence of a flourishing startup ecosystem.

The Ion, a 270K SF landmark building, will attempt to rectify that by bringing the city's entrepreneurial, corporate and academic communities together with collaborative spaces and programs. It will include a mix of restaurant and entertainment concepts. The renovation is expected to wrap up in late 2020.

This transformation represents the first phase in the development of a broader innovation district that totals about 16 contiguous acres in Midtown. The district will offer an array of commercial development, such as housing, public spaces and infrastructure.

The facility will support businesses at all stages of the innovation life cycle and provide resources for people seeking to participate in the innovation economy. Future programs will include educational events, demonstrations and hack-a-thons. Station Houston will also provide public programming. 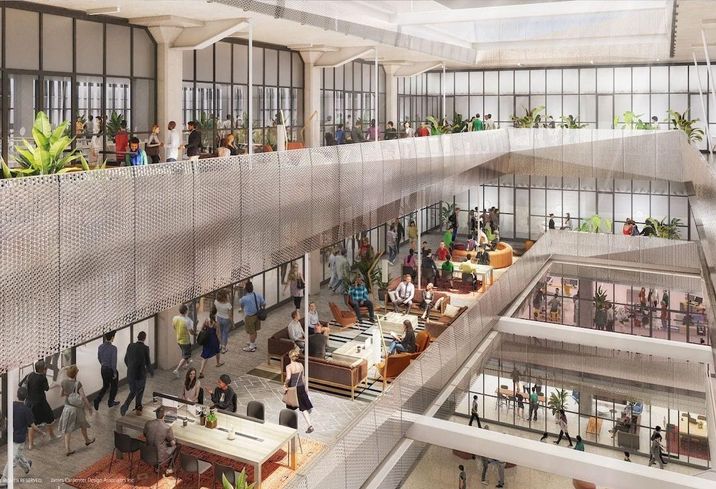 “I gleefully applaud this next giant step in the creation of an innovation hub that will take Houston closer to becoming a world leader in data science and digital technologies,” Houston Mayor Sylvester Turner said. “As I said last year when the idea was unveiled, we have to leap, not stroll, into the economic frontier. Now the physical transformation of The Ion will help get us there.”

The Ion will retain signature elements of the original Art Deco building design, including the historic corners, glass block windows, decorative tilework and a three-sided storefront with architectural canopies.

“We chose the name Ion because it’s from the Greek ienai, which means ‘go,’” Rice University President David Leebron said. “We see it as embodying the ever-forward motion of discovery, the spark at the center of a truly original idea. It also represents the last three letters in many of the words that define the building’s mission, like inspiration, creation, acceleration and innovation. The Ion will become Houston’s nucleus for innovation, fostering a community and culture where entrepreneurs and corporations come together to solve some of the world’s greatest problems.”

The Rice Management Co., which manages the Rice University endowment, is overseeing the project. However, the area's network of higher learning institutions — Rice, the University of Houston, UH-Downtown, the University of St. Thomas, Houston Community College, Texas Southern University, Houston Baptist University, San Jacinto College and the South Texas College of Law — will all provide forms of academic programming within The Ion. 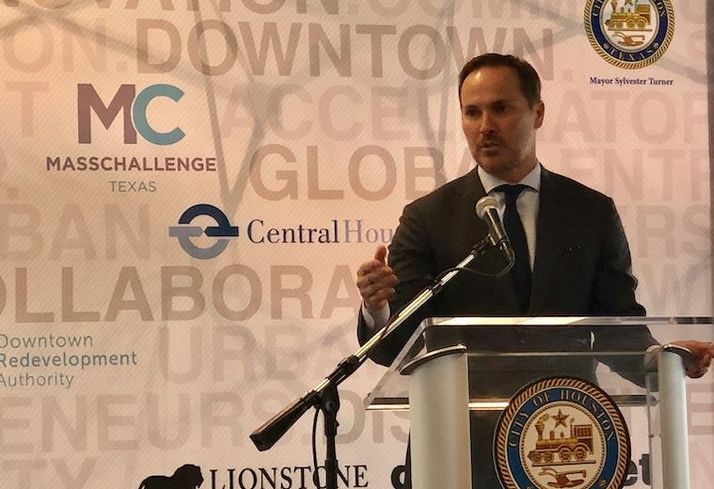 MassChallenge, a global network for zero-equity startup accelerators, will launch its new program in Downtown Houston. The inaugural class will begin this summer and will support up to 25 startups through a zero-equity, six-week boot camp.

This is MassChallenge's seventh international location and the second location in Texas. (Austin was launched last year.) MassChallenge has accelerated 84 companies and awarded $500K in equity-free cash to the top startups from its program. Program alumni have raised more than $4B in funding, generated more than $2B in revenue and created more than 120,000 jobs.

"The success of the inaugural MassChallenge Texas accelerator proves that the MassChallenge model works in Texas," MassChallenge CEO John Harthorne said. "Houston has a strong emerging entrepreneurial ecosystem and is home to technology-advanced legacy industries — such as energy, life sciences and aerospace — that can be leveraged to help startups at their earliest stages."

MassChallenge offers a range of in-person training, mentoring, community connectivity and virtual classes from the Austin-based program. The program is geared toward startups that have raised no more than $500K in equity-based funding and generated less than $1M in revenue in the last 12 months.

Midway CEO Jonathan Brinsden expects MassChallenge, which will occupy an office at Main and Clay streets at GreenStreet, to expand quickly.

“They’ll also attract other companies that want to be in close proximity, so the impact of MassChallenge on the rest of GreenStreet and Downtown will reach far beyond their four walls,” he said.