A Sneak Peek at Headquarters 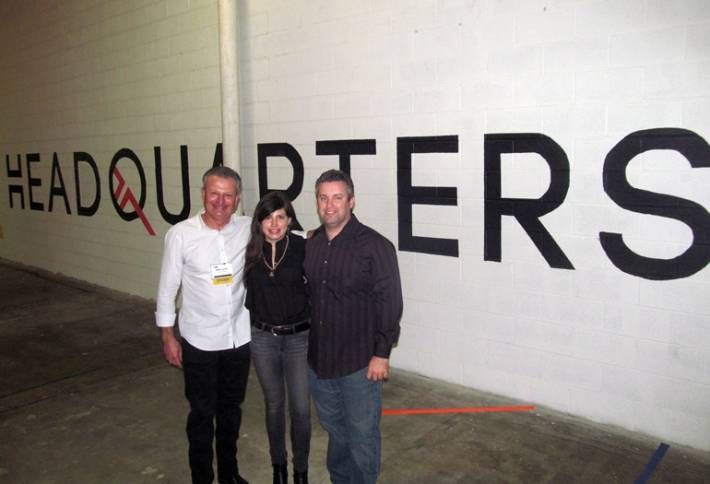 Is Headquarters the office of the future? We snapped the developer team—Mark Licata, Devin Licata and Peter Licata—in the space, which will be converted into a funky and amenitized office environment. Mark says 40% of the 35k SF building will be common space, including a courtyard, game room and kitchen. It’s intended to get people out of their office to meet other tenants in the building. (They’ll knock down barriers, starting with that wall behind them.) Multi-company campuses like Headquarters are the wave of the future, OpenWork partner Drew Jones said at Bisnow’s Workplace of the Future event yesterday. 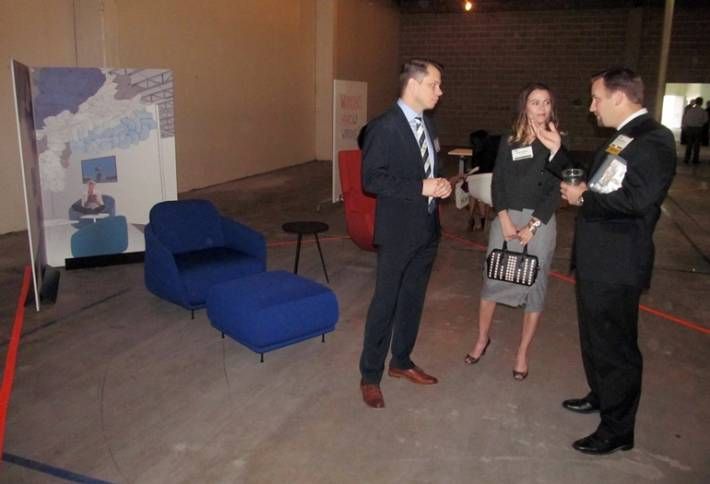 The remaining 60% of the building is a mix of everything you can imagine, PDR principal Lauri Goodman Lampson says. Her team is designing the redevelopment of Headquarters, and attendees yesterday got to peek at PDR’s plans for the building, including seven clusters of office suites and small shared rooms with comfy seating like this one. One trick to getting it right: Drew says open office can’t be about packing as many people in a space as possible. You need to have the choice to float to somewhere that works best for your personality or specific project. 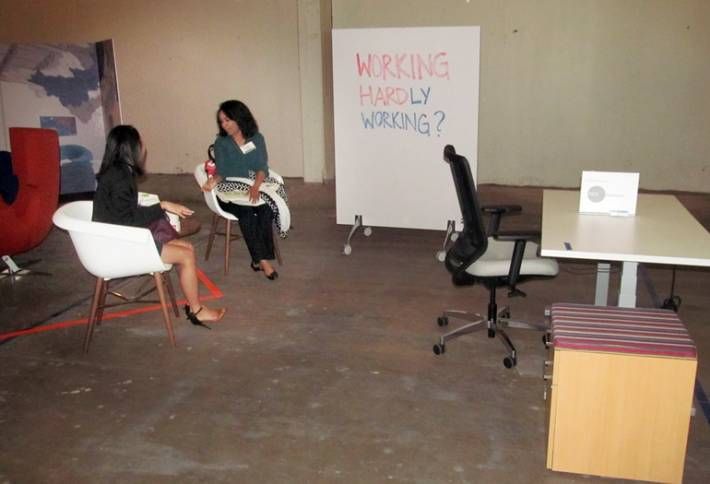 Lauri says it’s very important to have a wide variety of space, including small breakout rooms, large conference rooms, quiet private space, amenities, and of course, funky meeting space like this. Lauri says it’s especially important for those options to be accessible to everyone. Headquarters will also create a very flexible footprint so companies can lay out however they want and be as tethered or untethered to technology as they want, says Scott + Reid VP Chris White, the project’s GC. Headquarters will start its renovations soon and open in summer 2016. 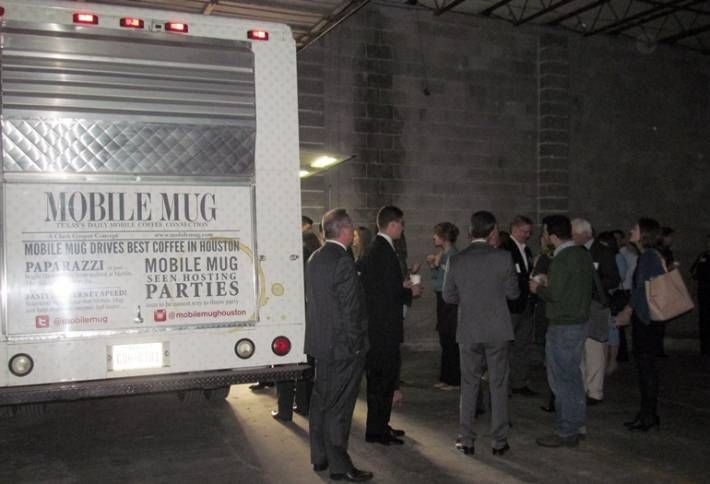 Surrounding amenities are also important to the office of the future. We brought a food truck into the building yesterday, but having a restaurant down the block to walk to can be even more appealing to tenants.

Read Bisnow on Monday for insights into the workplace of the future from all our panelists!