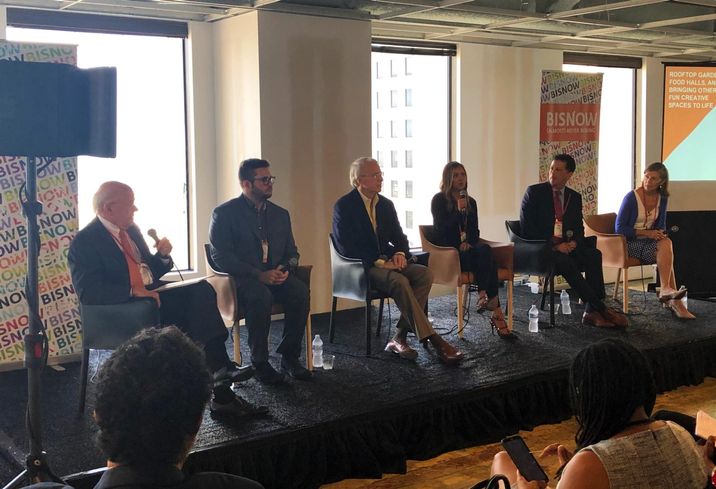 For decades, Downtown Houston was a tapestry of surface parking lots knitted together by office towers, filled by day and drained by night. Today the area is one of Houston’s most vibrant, walkable neighborhoods. After decades of hard work from the city and developers, Downtown is finally ready for its moment in the spotlight.

“I don't feel like a pioneer anymore. If you'd ask me 30 years ago, certainly that would have been pioneering,” Houston First Senior Vice President Roksan Okan-Vick said at Bisnow’s Future of Downtown Houston event Tuesday. “Things ticked up slowly for 30 years and now suddenly we’re on a fast track.”

The growth of downtown as a livable neighborhood is one of the largest urban renewal efforts since Houston’s inception. Now over 10,000 people in nearly 5,000 units call Downtown home, up from just 900 units in 1995, according to Central Houston.

“Several things have occurred in the last 10 to 15 years to bring it all together,” Woodbranch Management President Philip Schneidau said. “The sports complexes for baseball and basketball, Discovery Green, the city of Houston’s tax incentive to encourage Downtown residential. [Central Houston] pushed hard for retail and amenities. It was a perfect storm that motivated people to want to be Downtown.”

Lovett Commercial’s Adam Williams has lived Downtown for the past seven years, taking in the transformation daily. When he first moved Downtown, he too felt like a pioneer. He said he has gone from feeling like he lives on the edge of a 9-to-5 central business district to living in a true neighborhood.

“I'm a native Houstonian, son of a native Houstonian. As children, we were told to never go Downtown,” Discovery Green President and Park Director Barry Mandel said. Today, Mandel spends his time stewarding one of Downtown’s jewels. Since opening in 2008, Discovery Green has helped drive increased convention activity and has served as a catalyst for $1.25B in office, hotels and residential development.

“Watching a whole new generation of Houstonians recreate outside fascinates me every day,” Mandel said. “That fact we’ve created a space like that jazzes me up.”

It isn’t just the residential aspect of Downtown life that is taking off. Increasingly Downtown is becoming a nightlife destination, with several of the city’s top restaurants and bars in the area. The nightlife of Downtown is finally starting to match the vibrancy of the daily office activity. 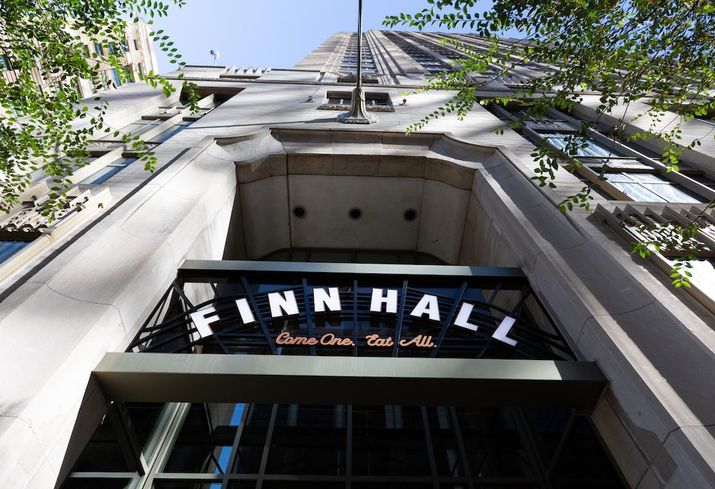 “Not even five years ago we had to educate the market on what we thought downtown was going to be,” Transwestern Retail Senior Vice President Crystal Allen said. “Downtown is now one of the first places retailers and restaurants are looking.”

Four new food halls have attracted some of Houston’s most exciting culinary talent in the city. More importantly, each space creates an experience for visitors Downtown.

“People want to spend money on something shareable, Instagrammable,” Williams said. “Yes, you're getting lunch, but you're getting more than just a food offering. Each one of those places gives someone a new experience they’ll remember about Downtown and tell their friends about.”

Locals know good food in Houston isn’t hard to come by no matter what area you’re in. That is where Downtown can improve next.

“We need to move beyond food. Food is a Houston-wide phenomenon,” Okan-Vick said. “What else is special about Downtown? We want to think about that.”

For as long as the Houston Astros are in the playoffs, the nation will once again get a peek into life near Minute Maid Park on Major League Baseball broadcasts from coast to coast. Like the Astros themselves, Downtown Houston can't wait to show the world what it has achieved.