President and Park Director Barry Mandel made it his mission to make Discovery Green a destination for the growing number of residents and visitors in Downtown Houston, but he feels his efforts reverberating beyond the park's borders.

Situated adjacent to the George R. Brown Convention Center at 1500 McKinney St., Discovery Green attracts 1.5 million people annually and has spurred $1.2B in economic development to the area.

Three hotels and two office buildings have opened since the inception of the 12-acre park in 2008, and these projects have been successful.

"We take complete credit for that," Mandel said. "It shows the ability green space has to impact residential, commercial and retail development." 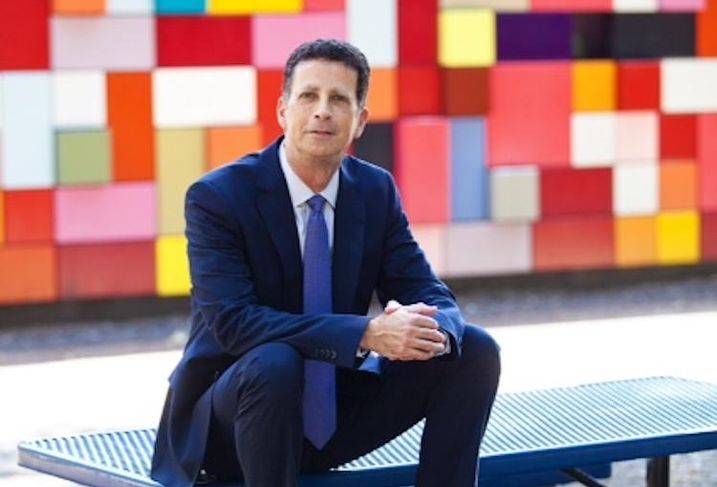 Bisnow: What are your role and responsibilities at Discovery Green park?

Mandel: I am the president of the park. I manage all of the functions of it from the operations to the programming to the financing and fundraising aspects.

Bisnow: What has been the economic impact of Discovery Green in Downtown Houston?

Mandel: There is over $1.2B of new development that happened as a result of the park on both its eastern and western borders.

Bisnow: Why has the park spurred development in the area?

Mandel: It is about creating a sense of place for the west side of downtown. In the beginning, there was only a convention center and a convention hotel, Hilton Americas. The opening of the park and the programming resulted in a place for recreation. We ended up with a new residential tower built across the street from us. All of a sudden, there is a neighborhood and there is a sense of place and destination because of the park. There are three more hotels, Embassy Suites, Marriott Marquis and Homewood Suites/Hampton Inn; two new office buildings, Hess Tower and The Partnership Tower; and renovations at the convention center. 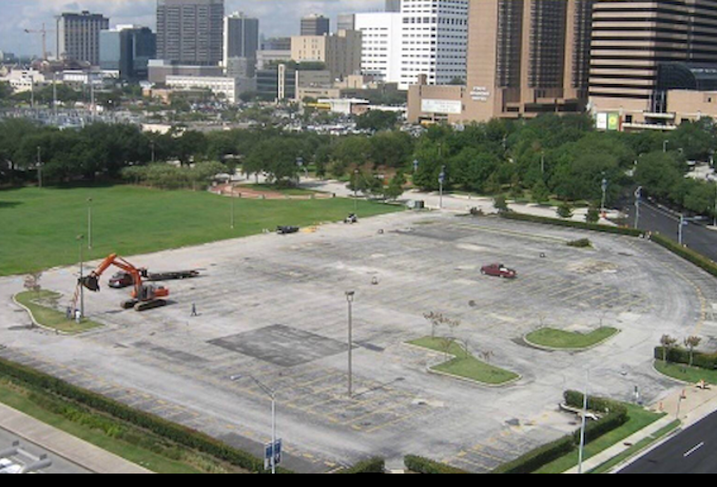 Mandel: Discovery Green creates more amenities for the conventioneers. Once those restaurants opened, we saw a lot more conventioneers staying in the neighborhood at night as opposed to having to be bused out to restaurants across the city. New restaurants in the areas include Xochi, Grotto and Pappadeaux Seafood Kitchen.

Bisnow: The residential population in Downtown has crossed 10,000 people. Is residential expansion good for Discovery Green?

Mandel: We never forget that we are a neighborhood park, although we are attracting people from all over. We have to respond that way. You see a lot more families moving into the neighborhood looking for programming for their kids. We are under construction on a new playground area because of that.

Bisnow: What is the importance of green space and how can it improve property values?

Mandel: Hess Tower, the building across the street from Discovery Green, sold about four years ago. It was sold at the time for the highest per SF dollar amount of any building in the city up to that point. We take complete credit for that. It shows the ability green space has to impact residential, commercial and retail development. 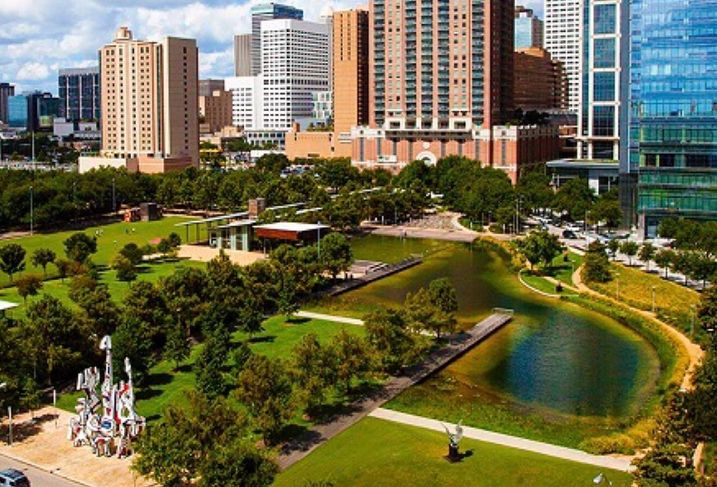 Bisnow: Are there any lessons to share with others looking to create green spaces in Houston?

Mandel: The food offering is a big piece of what you have to have. It has the ability to take care of people that are already in the park and attract new people to the park depending on the operators. The range can include a stand-alone restaurant, food carts or food trucks. Parks are also a place for pets and the spaces should consider a dog run. Water is a huge piece of making the place interactive, such as a splash pad or fountains.

Discovery Green has two restaurants, a fine dining restaurant and the other is a hamburger or hot dog joint. The menu has to be responsive to the people who are in the park. The park is free. People are coming here because there is quality entertainment. The menu pricing has to reflect that.

Bisnow: What are the improvements or changes we can expect from Discovery Green?

Mandel: We are relighting the entire park. The tree canopy has grown and developed over the last 10 years. We are keeping the park open later because the neighborhood is active later. We are re-signing the park to show people what is available to do here. We are bringing in public art.