Fort Bend County is flush with development across property types, and its focus on master planning and zoning sets it apart from Houston. That’s one reason we’re excited to host Bisnow’s Future of Fort Bend County event May 27 starting at 7am at the Sugar Land Marriott Town Square. 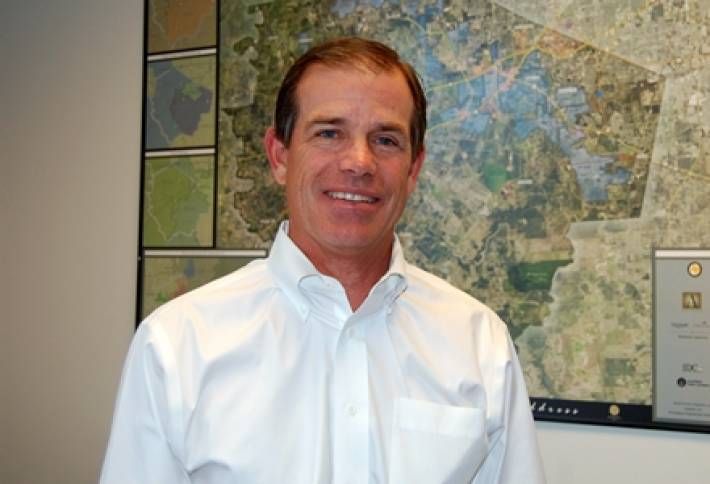 Planned Community Developers bought 5.3 acres on the lake in Sugar Land for office and hotel development, principal Don Janssen, who will be speaking at our event, tells us. The team is working with the City of Sugar Land on required approvals for an office building to be called Lake Pointe One and a hotel. Don tells us he needs the new building; Town Square’s office product is 94% leased, and he doesn’t have room to meet expansion requirements of existing tenants. Lake Pointe One will benefit from its unique water frontage and will have a similar feel to Town Center, with connections to retail, hotel, restaurant, healthcare, fitness and outdoor (rowing club, hike/bike trails) amenities. 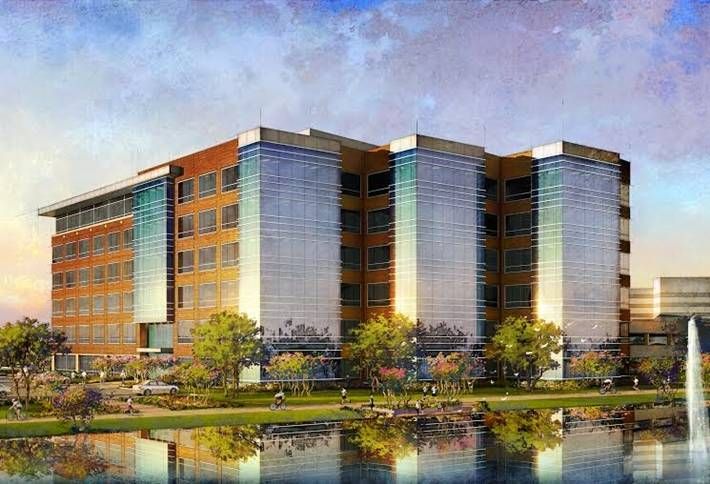 Here's the rendering of Lake Pointe One. Responding to PKS’ study that Sugar Land is 800 rooms short of meeting hotel demand, PCD is also targeting a 135-key, five-story limited service hotel. PCD is teaming up with Woodbine Development, which built the very successful Hyatt Place. Lake Pointe has one more site available, and Don tells us it will soon house a new 15k SF retail center fronting both the freeway and the river. The team is doing renderings and setting pricing now; he’s already getting a lot of user interest. 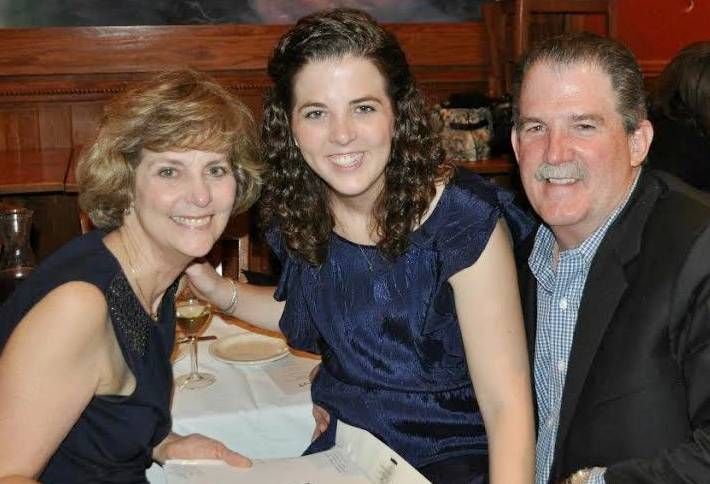 Colliers Fort Bend managing director Kolbe Curtice (another event panelist, pictured with wife Gwen and daughter Mallory) and co-chairman Charlie Herder are marketing Newland Communities' commercial tracts at University and 59 in Telfair. The 150 acres are the last available commercial property along the freeway in Sugar Land. Over the last six months, the duo has been working with Newland and the City of Sugar Land to define appropriate density and identify a plan for the property on the south side of the freeway. (Kolbe says because the property is the last remaining prime commercial land along the freeway, the City wanted to play an active role in its planning and zoning. As such, it's being implemented through the City’s Planned Development (PD) zoning process—a more detailed, structured and layered form of Sugar Land zoning.) They hope to finalize zoning within the next few months, and Kolbe says the team already has several strong prospects. 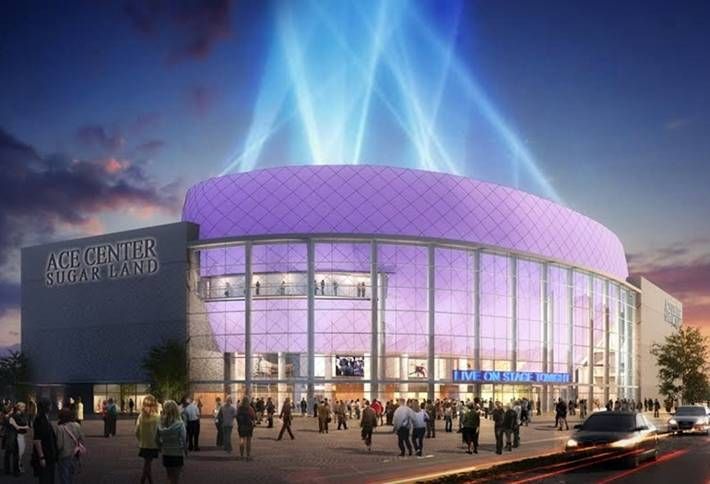 Kolbe says the property south of the freeway will call for higher density development. The City is under construction with its $85M performing arts center there (completing in December 2016, it’s rendered here), and it owns 18 adjacent acres where it would like to build a hotel with conference space. He expects 750k SF of additional office development to spring up around Fluor’s planned 50-acre campus (purchased from Newland in '13), as well as mid-rise residential and retail. 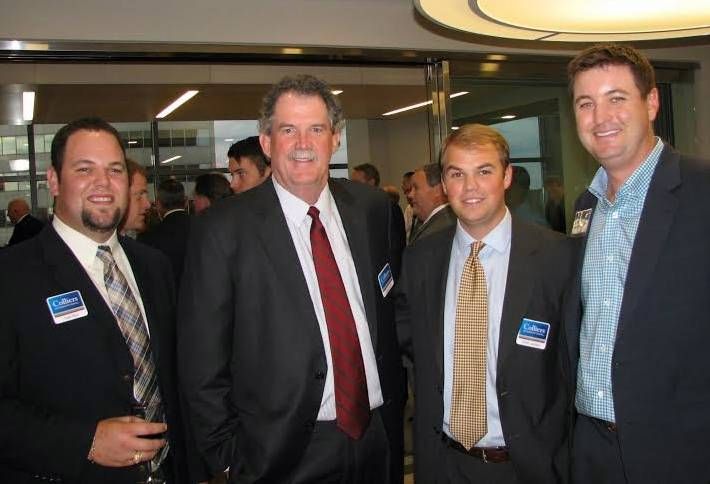 The team also has a number of small office/retail tracts on the north side of the freeway. A 20-acre office park in the northeast quadrant is nearly done; six of seven tracts have sold or are under contract. Another office park in the northwest quadrant was recently completed with availability for smaller office product (10k to 100k SF); Kolbe tells us three of the 11 parcels have sold so far. A 15-acre tract at the northeast corner of University and 59 sold to Vista Group (the developer of Katy’s La Centerra) and it’ll announce a plan in the next month or two. There's approximately 25 acres remaining at the northwest corner of the intersection still available for retail development, Kolbe tells us. Above, Kolbe’s with Ryan Byrd, Corbin Janssen and Mike Rozell at the open house for Colliers’ office on 610. 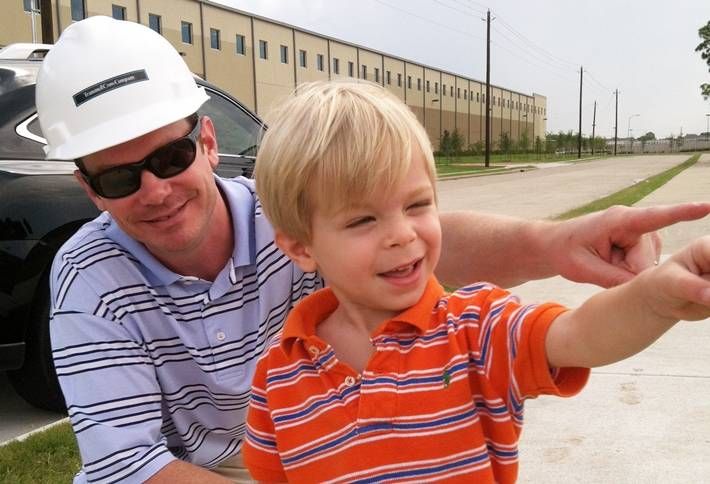 Trammell Crow has historically been the most active industrial developer in Fort Bend County, and principal Jeremy Garner tells us it has two major projects underway now. With partner Crow Holdings, it's been building out Lakeview Business Park (above, our panelist and son Turner goof off on site) since acquiring the 165 acres in ’07. The park has been very attractive for owners, and TCC has been doing a lot of land sales to users there, a practice that isn’t common for the firm. 16.5 acres remain, Jeremy tells us, and 5.5 of them (the largest contiguous tract left) should close early next month. Jeremy says TCC has had great cooperation from Fort Bend County, Missouri City and WCID 2, so it set out to find another project working with the same entities. 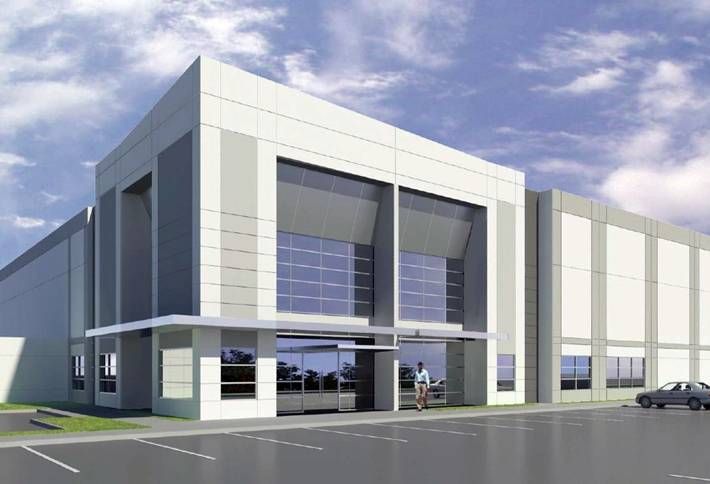 That drove TCC to buy 127 acres recently with Artis REIT—they’re being cleared now in preparation of developing Park 8Ninety. Jeremy tells us it’s open to land sale opportunities but will be more focused on TCC’s traditional model of leasing build-to-suit and spec buildings. He expects a lot of interest from food and energy-related companies (which are abundant in Lakeview BP) but also predicts more medical activity. TCC got a lot of healthcare tire-kickers at Lakeview and he believes some will land at Park 8Ninety—it’s a 13-minute drive down Highway 90A to the Med Center. Jeremy tells us Fort Bend’s growth, diversity of tenant base and workforce are great for traditional industrial clients, which keeps TCC coming back.