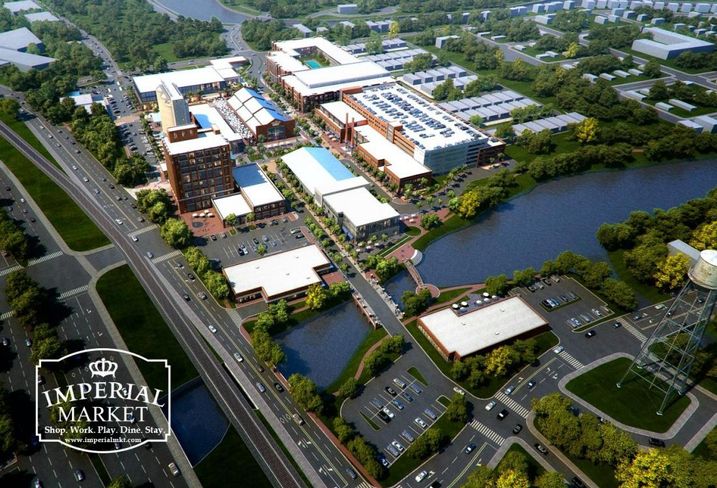 Imperial Market was sold in a foreclosure auction, but its planned 850K SF redevelopment will continue, the Houston Chronicle reports.

Imperial Market — the redevelopment of the Imperial Sugar Refinery into a massive mixed-use project in Sugar Land — has been planned since 2015 and was originally slated to open in 2017. A number of major tenants have been announced since, including Alamo Drafthouse in 2015 and coworking company Serendipity Labs last year, and the Chronicle reports it is 60% pre-leased. But its groundbreaking has been repeatedly delayed, first to the end of 2017, and now to the beginning of 2019.

The property sold to SLP-90A Ltd. at a foreclosure auction Oct. 2, according to Fort Bend County documents obtained by the Chronicle. BancorpSouth, which loaned $13.9M to Imperial Market Development LLC in 2016, was the note seller. Imperial Market Development will get the property back once a construction loan is secured, developer Geoffrey Jones told the Chronicle.

The project has been lauded as an additional driver of Sugar Land, which has been working to position itself as a destination submarket, particularly by adding entertainment facilities like the Smart Financial Centre concert venue and Constellation Field for the Sugar Land Skeeters baseball team.