More than 20 years ago, Sugar Land residents approved the use of a local option sales tax to be devoted to property tax reduction and economic development. That's paid off as Sugar Land has transformed from a company town to a hub of diversity and commerce. With the help of new music venues and a strong base of business, Sugar Land will transform again into a regional destination for employment and family fun. 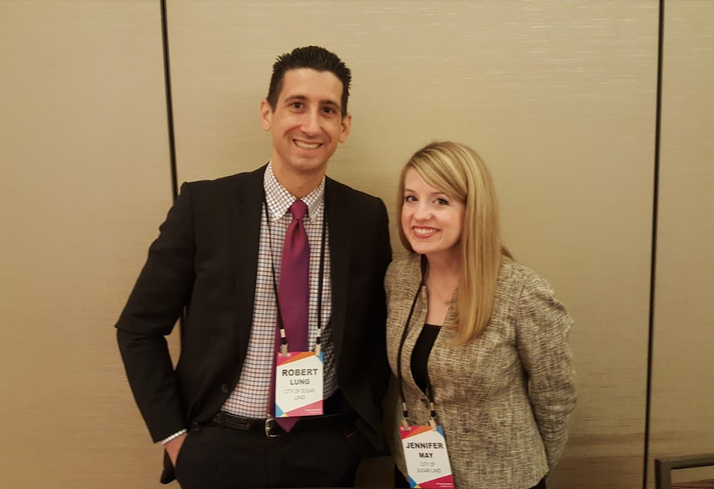 Jennifer May, executive director of Sugar Land’s government and business affairs, has been at the center of Sugar Land’s vision of becoming a destination. It already is one in the employment sense: with 64,000 jobs, more people come to Sugar Land to work than leave to work. That's surprising for a town thought of as a commuter city. 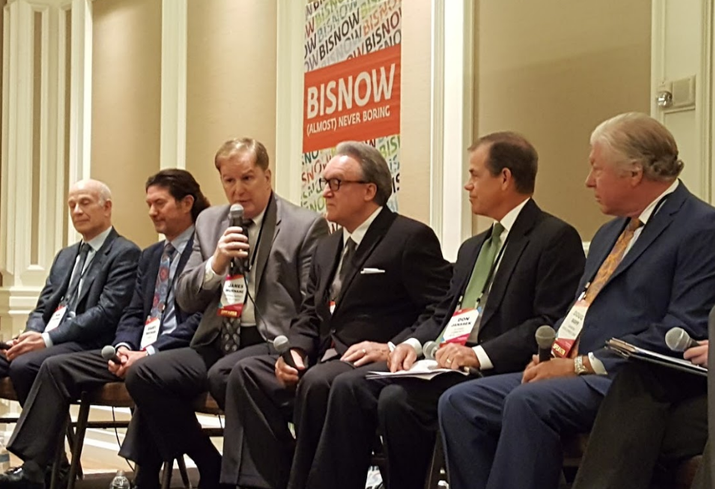 Our panel of Sugar Land developers say Sugar Land Municipal Airport furthers Sugar Land's identity as a business destination. It's the No. 1 FBO airport in Texas and a rare municipal airport that has US Customs clearance. The tax abatement provided for aircraft incentivizes aircraft storage and operations in Sugar Land.

James Murnane (speaking above) and Geoffrey Jones say Sugar Land is unique in its authenticity. With a history stretching back to the founding of Texas, the area has deep roots that serve the community. They're honored to be able to blend history and commercial real estate at their new development. 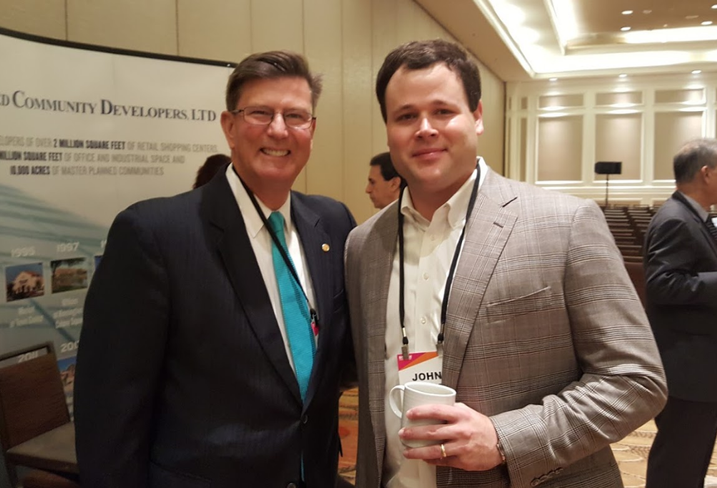 Sugar Land Mayor Joe Zimmerman (above with John Compton) kicked off our event with the idea that nothing in Sugar Land happens by accident. The city's roots as a company town have ensured a pro-business attitude in the community, attracting companies from around the world. Now the city is furthering public-private partnerships to foster a new form of commerce—entertainment. 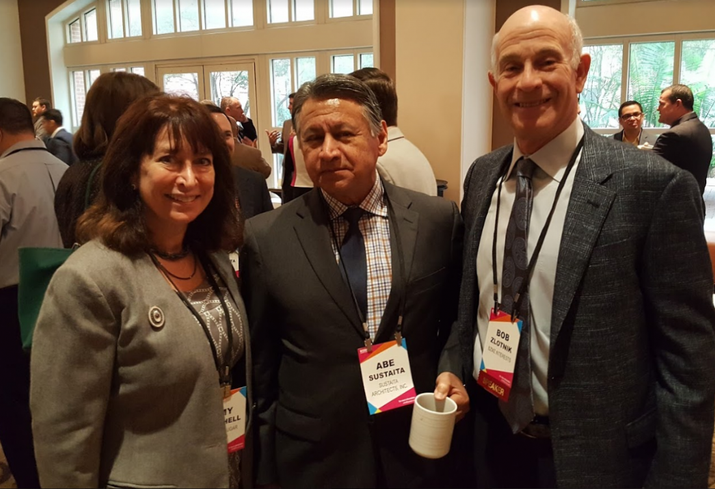 2016 has been a breakout year for entertainment in the community. The local Atlantic League baseball team Sugar Land Skeeters were named champions and construction began on Smart Financial Centre.

Sugar Land is home to Constellation Field, a branch of the Houston Museum of Natural Science, Sugar Land Town Square and Oyster Creek and will soon welcome Smart Financial Centre and an outdoor festival site adjacent to Brazos River Park. The farmers market and Fort Bend’s Children’s Museum as well as the future addition of a heritage museum and visitor center at Imperial Market will provide even more unique gathering places. 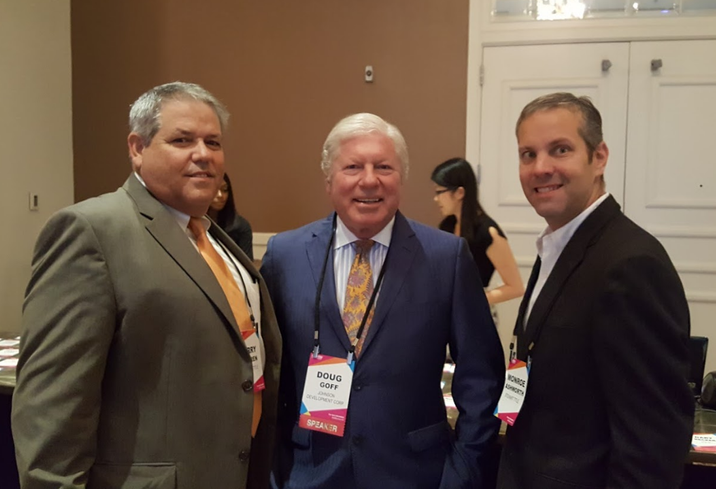 Johnson Development COO Doug Goff (above with Stewart Title's Monroe Ashworth and Larry Warren) is one of the driving forces behind Sugar Land's trajectory. Doug says Sugar Land has a history of quality land development that attracts quality people. One unique aspect of the area's growth is its diversity. From Doug’s perspective, that diversity represents a challenge but also great opportunity. 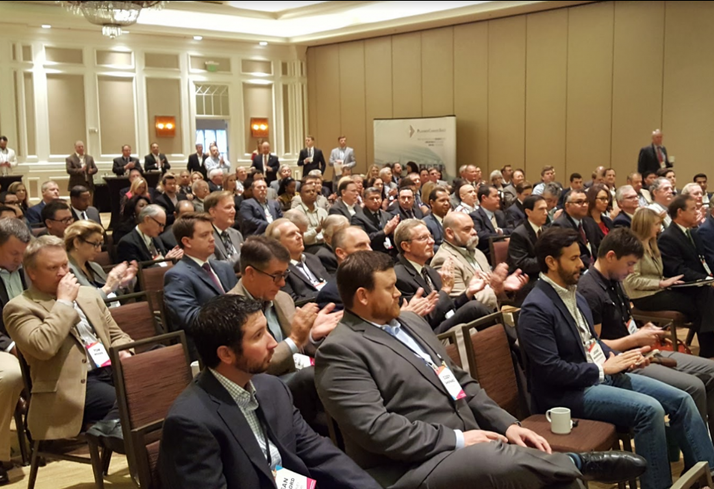 Skeeters owner Bob Zlotnik knows the challenges of diversity firsthand. Baseball doesn’t always translate across cultures. But playing in Sugar Land has been great for the Skeeters, and Bob thinks it's a model community for the US. Bob says many folks in Houston don’t understand just how much opportunity and quality is in Sugar Land. That’s why he’s excited for Smart Financial Centre. 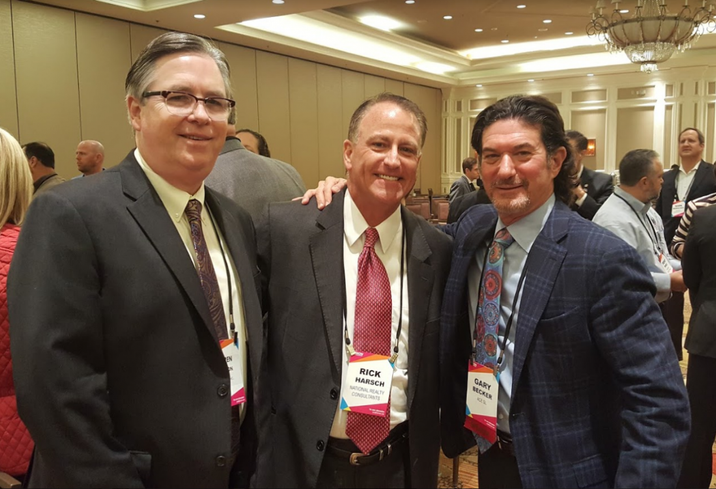 While you might think they’d be rivals, Bob and Ace president Gary Becker (the man ensuring Smart Financial Centre's success) are close friends. Gary says the city has made an effort to do good by the business community. That commitment has been a key factor in Smart Financial Centre's development since 2007. With the first shows selling out and acts starting to take notice of the exceptional venue, its ability to attract visitors looks promising.