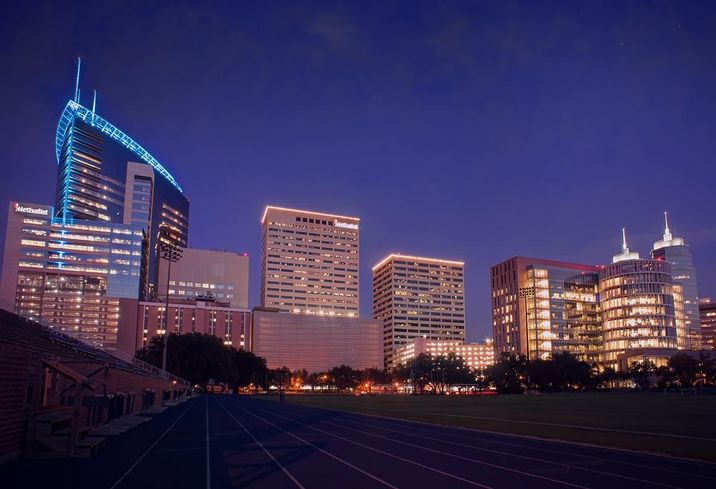 A new hotel opened to meet the demand for extended-stay guests near the Texas Medical Center and NRG Stadium in Houston.

"We are providing the premier extended stay hotel brand to the largest medical center in the world," Moody National Cos. Chairman and CEO Brett Moody said in a release. "The continued growth at the Texas Medical Center creates an unparalleled opportunity to serve the local market by meeting the need for more extended stay rooms."

Residence Inn by Marriott opened ahead of schedule, under budget and right in time for the Houston Livestock Show and Rodeo, Moody said. The hotel is adjacent to NRG Stadium, the home of the three-week-long rodeo that brings in 2.5 million people annually. The rodeo begins Monday.

NRG also hosts up to 72,000 fans for Houston Texans games and more than 500 events per year such as concerts and the NCAA March Madness Tournament.

ArchCon served as the general contractor and Mathis Group as the construction manager for the hotel. Moody National Hospitality Management will manage the daily operations. The firm operates about 80 hotels totaling 10,000 rooms nationwide.

In Houston, Moody developed the Marriott Courtyard in the Medical Center in 2010 and owns the Homewood Suites in the Woodlands and Hampton Inn Energy Corridor.