A Defense Of Houston: Local Experts Say Land Use Not To Blame For Harvey

During Hurricane Harvey, the Houston area was pounded with an entire year’s worth of rain, 27 trillion gallons, in just four days. Despite rainfall that shattered every record, many outside experts and national news media organizations are lobbing severe criticisms toward the city for its decades-long expansion.

The Atlantic’s Ian Bogost is calling Houston’s flooding a “design problem.” The Washington Post's editorial board claims “Houston is paying the price for public officials' ignorance.”

Not everyone agrees. Flooded and frustrated, local experts are wondering how they could have managed the unmanageable. 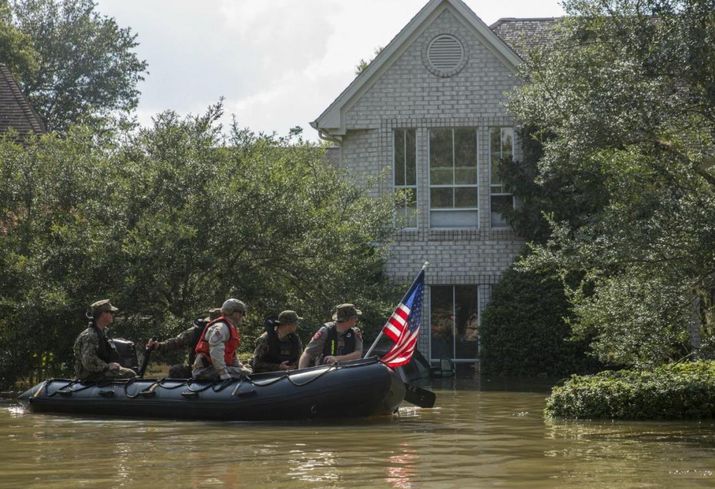 “Houston hasn’t seen anything like this type of rainfall, especially over such a large area,” said Patrick Beecher, outgoing president of Houston’s chapter of the American Society of Civil Engineers. “It rained so much that no amount of prevention could’ve prevented flooding.”

It is important to understand Harvey produced a truly unbelievable amount of water: 27 trillion gallons fell over Texas and Louisiana. That is 1 million gallons of water for nearly every person who lives in Texas. The consequences were catastrophic. At least 46 are dead, and nearly 40,000 homes have been destroyed. The cost of recovery could top $150B and it will take years.

Vox’s stunning, almost cartoonish visualizations show the sheer scale of the water that flooded the region.

"[It's] off the charts by many measures," Mark Fischetti wrote in Scientific American.

"It's hard to explain the stupefying vastness," Matt Pearce wrote in the Los Angeles Times while covering the storm from Houston. 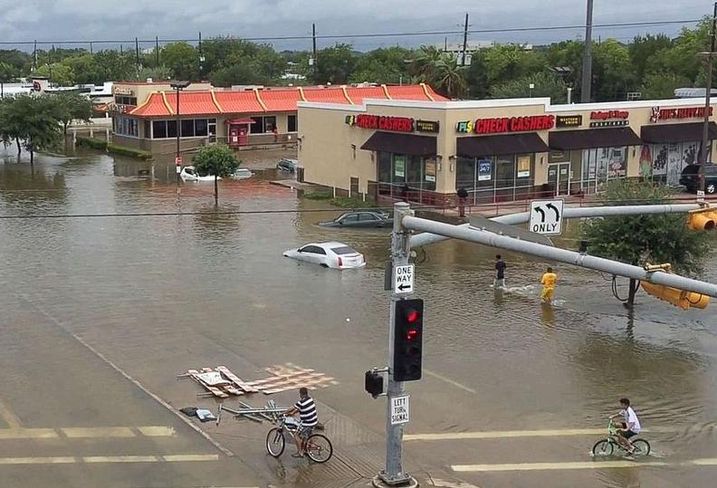 If reports from national outlets like the New York Times and NPR are to be believed, Houston had it coming.

“As the country’s fourth-largest city expanded, replacing prairie with impermeable surfaces such as pavement and concrete, the land was rendered less and less capable of absorbing floodwater. Without proper adaptive measures, this made an already flood-prone place more vulnerable,” the Washington Post's Shawn Boburg and Beth Reinhard wrote.

The outside analysis flies in the face of years of hard work throughout the Houston area by its public officials and private developers, and ignores local expertise. That is what is so frustrating about the national media's drive-by journalism — it lacks crucial local context, lifelong Houston resident and Energy Corridor District President David Hightower said. 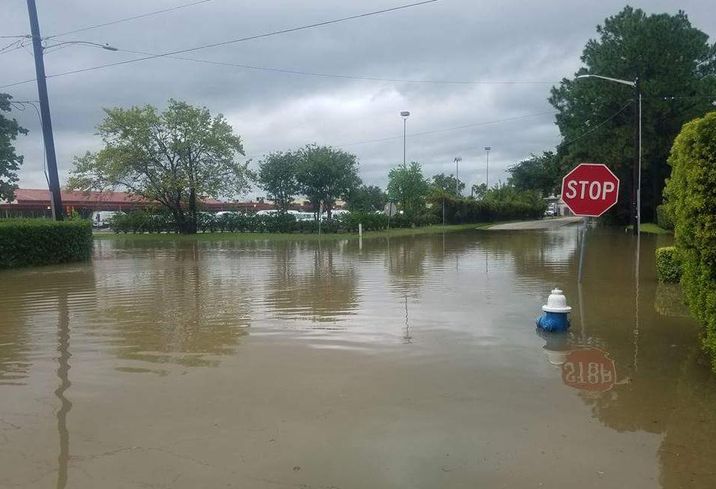 For instance, nearly every piece that is critical of Houston highlighted research from Texas A&M. The study shows wetland-filling robbed Houston of 4 billion gallons of stormwater storage capacity. But put that in context: had Houston’s wetlands not been developed, the area could have accommodated at most 0.2% of the water that fell during Harvey, a microscopic amount of the problem.

Hightower, a former civil engineer and current land developer in Houston, said the Texas A&M study also ignores a crucial element of the wetlands that cover the Houston area: its clay-based soil. After a moderate rain, clay-based soil becomes like concrete. Saturated, the soil cannot hold or pass through any more water. Everything after a few inches of rain has to run off.

“The floods of 1929 and 1935 are the perfect example,” Hightower said. Those devastating floods, 1935’s in particular, were the genesis of the Harris County Flood Control District, leading to the Addicks and Barker Reservoir. In 1935, hardly anything existed outside of what is now the 610 Loop. River Oaks, now in the heart of the city, was a country subdivision. Houston's famous (and now more than ever, maligned) sprawl had not happened. Still, Downtown Houston was under several feet of water and many lost their lives. There are photographs, some hanging in the public works department, that show Main Street as a river.

“If Houston’s wetlands are so absorbent, how did that happen? Because the land is not that absorbent,” Hightower said. 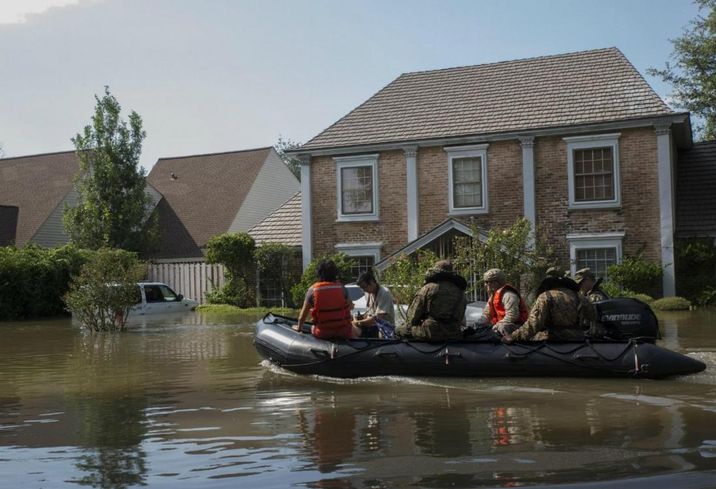 Houston’s impervious surface coverage, which prevents water from passing through, has been another source of criticism. On CNN, Georgia Tech’s School of Regional and City Planning chair, Bruce Stiftel, argued impervious coverage was an important consideration in Houston's flooding. He is right, but again, lacking crucial local context.

Houston has substantially less impervious surface cover like parking lots and buildings (39%) than it does absorbent surfaces like grasslands and parks (60%).

Impervious surfaces cover roughly 72% of New York City’s 305-square-mile area. Was Manhattan’s rapid development to blame in the wake of Hurricane Sandy? Tight regulations and strict development have not prevented flooding in other cities, and they could not have prevented the worst flood in Houston’s recorded history either, Mayor Sylvester Turner said on Twitter. 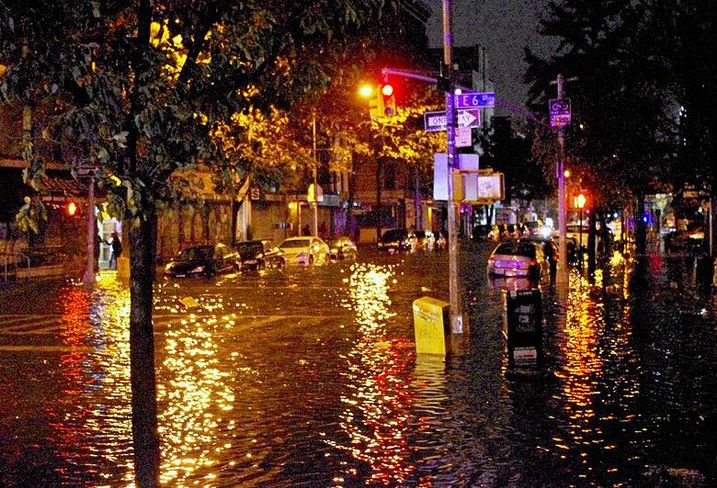 Houston’s lack of zoning regularly makes headlines, especially in the wake of Harvey. But as anyone who has built anything in Harris County can tell you, there are still plenty of regulations.

"The City of Houston, Harris County Flood Control District and the Texas Department of Transportation all limit the amount of water you can release,” Beecher said. One need only look at the City of Houston's 400-page Infrastructure Design Manual. Nearly 100 pages are dedicated to stormwater collection, detention and drainage. 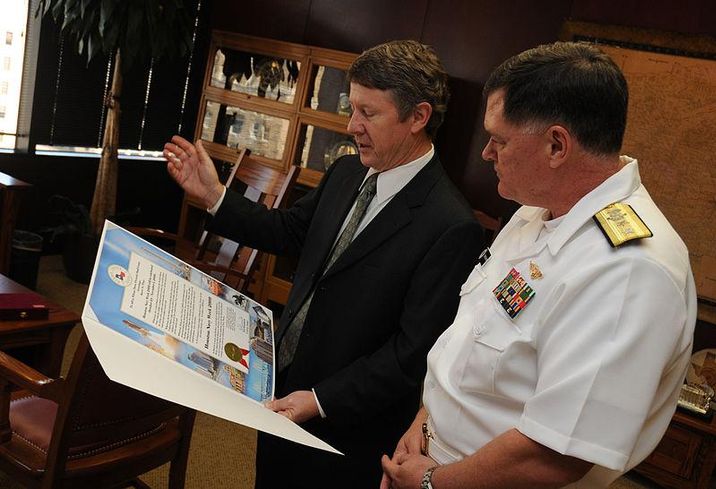 But Hightower, like most Houstonians, knows the system can be improved.

Harris County Judge Ed Emmett, whose response to Hurricane Ike in 2008 made him a local hero, said Harvey was both an unprecedented event and a wake-up call for area residents.

A flood like Harvey’s only has a 0.1% chance of happening. But Harvey was the third flood in three years with less than a 1% likelihood.

"We can't continue to say these are anomalies," Emmett said. "You've got to say, 'We're in a new normal, so how are we going to react to it?'"

Redrawing the Federal Emergency Management Agency’s flood maps will be a likely outcome, according to Beecher. One of the most shocking outcomes of Harvey was how many homes flooded that were officially outside of FEMA’s mapped high-risk flood zones. With so many homes outside of the mapped risk zones, only 20% of Harvey’s victims had flood insurance. Once the data comes in and those in immediate need are helped, FEMA will need to adjust its analysis to account for Harvey. 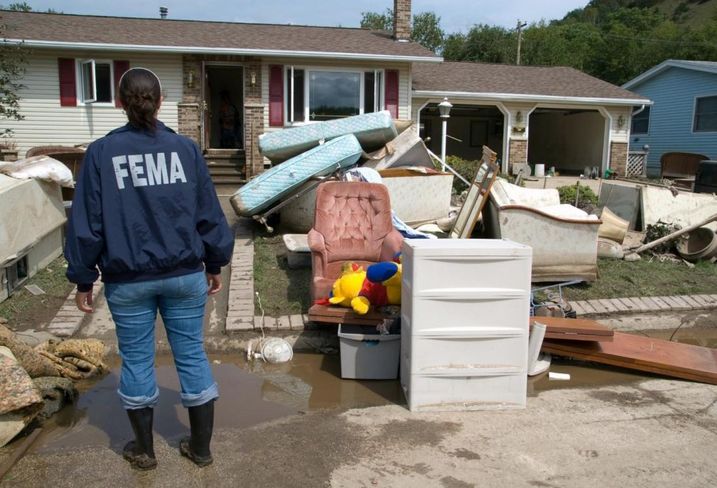 That will not be a solution, though.

“You can’t fix it, we live in a flood-prone Gulf Coast area. So, the question is, ‘How do you mitigate flood waters?’ And that’s what we are talking about,” Emmett told Community Impact News.

Last week, Emmett called for a re-examination of the region’s flood control strategy. He said everything is on the table, including creating a regional flood control district with surrounding counties, large-scale buyouts and continued work on the area's waterways like the Brays and Buffalo Bayou. 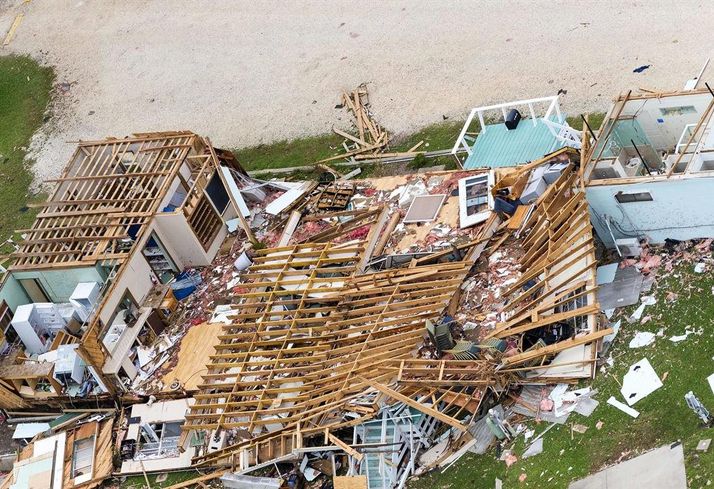 That is a big ask for a city already dealing with a budget crisis. So where will the money come from?

“First and foremost, Congress. That’s who built the first two reservoirs, that’s who funds the [Army] Corps of Engineers,” Emmet said. If federal funds don’t come forward, the state could step in, but Emmett said the state hasn’t done that in the past, though this could be extenuating circumstances. If the state does not come through, the only way to do it is through a bond issue approved by voters that would giver more property tax revenue to the Harris County Flood Control District.

Property taxes have also been a hot issue in Houston. The Texas state legislature spent a good deal of the summer debating the details of property taxes. Turner has proposed a temporary increase in property taxes to fund immediate Harvey relief and already felt pushback from business and property owners.

After a biblical amount of rain, Houston has plenty of work to do. Recovering from Harvey will be a monumental effort. Managing and mitigating the next flood, even more so. But let's make one thing clear: Houston did not do this to itself.