The Future Of Downtown's Biggest Blight

It is hard to avoid the 30-story eyesore in Downtown Houston's skyline. Over the past two decades, hundreds of millions of development dollars have poured into Downtown, diversifying and beautifying the submarket. Meanwhile, squatters and graffiti took over the former 600-room hotel at 801 Calhoun, turning its shattered windows into ghostly blight.

Finally work has begun at the project. But will it be enough to avoid further citations? 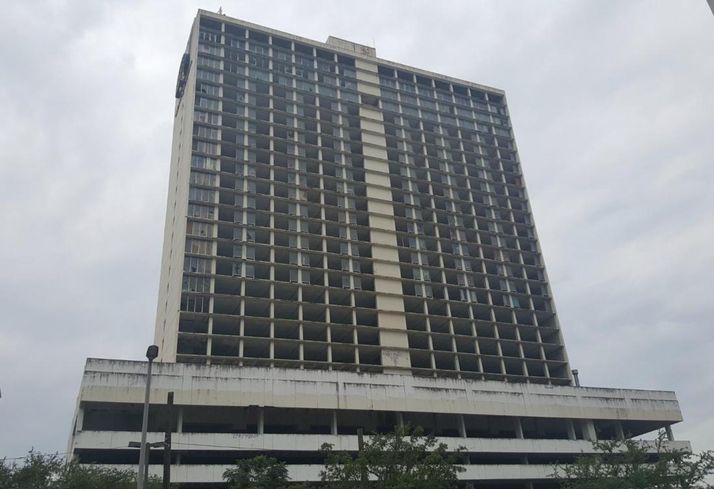 Downtown District Executive Director Bob Eury has been leading Downtown's redevelopment for decades and 801 Calhoun has been a thorn in his side since 1998.

"We have a checklist of things we’re doing Downtown, we’ve checked off dozens and dozens of things, but if we don't check off 801 Calhoun, people will wonder if we’ve done anything at all, " Eury said.

During its heyday, 801 Calhoun was the largest Holiday Inn in the continental United States, and later was converted to a Days Inn. Once vacated in 1998, the property became a haven for urban explorers and the area's homeless. Broken glass periodically rains down tiny pieces onto the blocks below, covering the sidewalk and street. Seven ownership changes have led to numerous redevelopment plans being scuttled. Dozens of citations from the Houston Police Department have piled up. 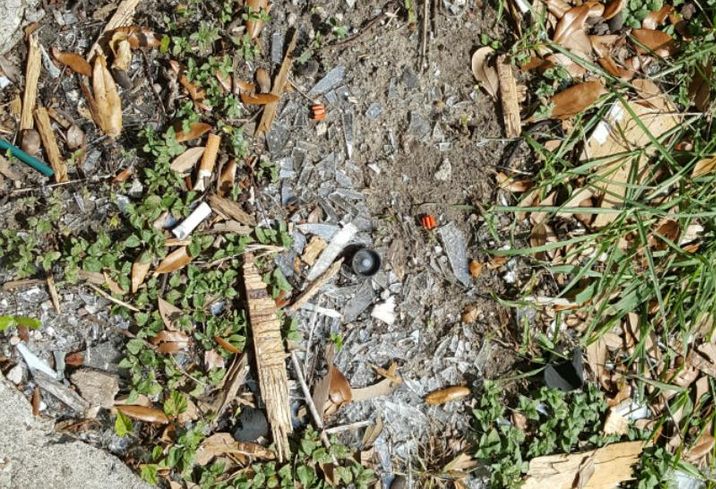 A 20-year problem is finally being solved. Partners of SFK Development, who have owned the former hotel for five years, met with city officials in July to discuss the building's future and the safety issues that have persisted. City officials say they are requiring the owners to secure the property, remove all of the windows and broken glass, remove exterior graffiti and hire a 24-hour security guard for the building.

“If you are owning a property, it is that property owner’s responsibility, not just because we say so, but because the State of Texas says so,” City Neighborhoods Department Director TaKasha Francis said to KHOU.

All of the work was supposed to be completed within three weeks, Francis said. The city told KHOU it would possibly pursue citations and liens if the changes were not made within that time frame. As of that deadline, there was still plenty of work to do, as photos indicate. 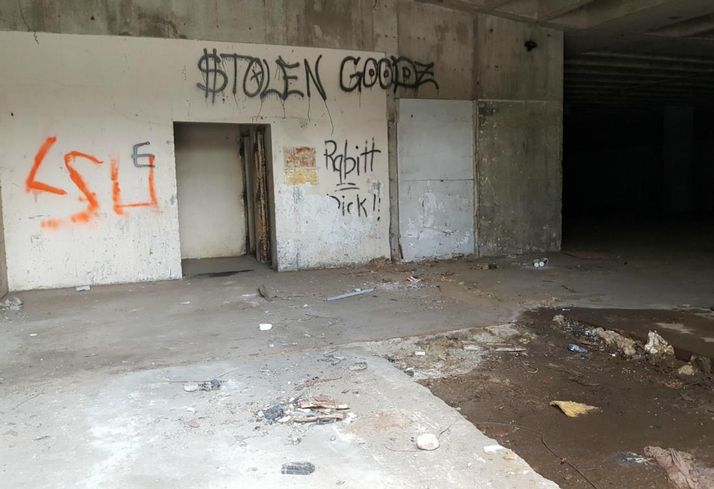 KHOU 11 News was given exclusive access to the building, which had a contractor and an eight-man crew working on the building renovations. The contractor said it is beginning to clean the graffiti from the exterior and will be placing large cinder blocks at the entrances to the property. Scaffolding was also erected on one side to protect from falling glass.

But the deadline has passed, and there is still plenty of work to be done, like blocking up the entrances and exits and cleaning up the glass. The contractor told KHOU if work continues to progress at this rate, the building will be completely gutted and cleaned by the end of the summer.

One of the owners also said they would not be able to afford a round-the-clock security guard because it would cost nearly $550K/year.

The city has not returned requests for comment as of press time. 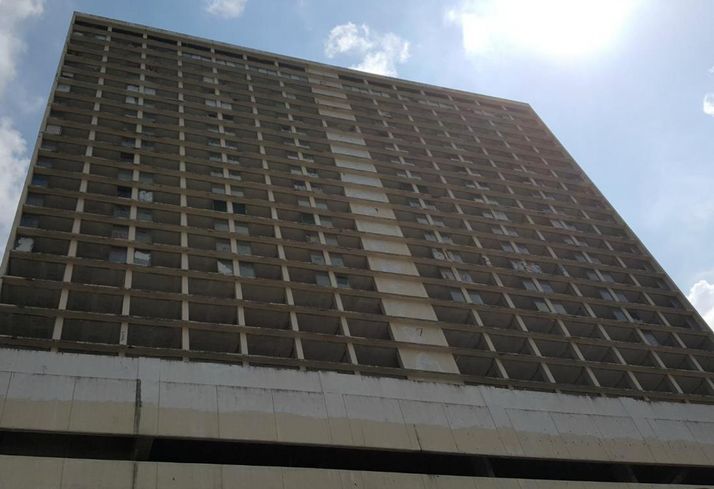 Many have wondered why the structure has not already been torn down. SFK Development's Nadeem Nasir said the cost of a full tear-down to start new construction would be at least $25M, increasing the cost of the proposed project dramatically.

The SFK Development owners say they are nearly 90% finished with a hotel development plan for the building. It would cost $85M, and SFK is looking for financing for the project, as well as help from the city to speed up the pace and hopefully attract more investors.

But before the project can head toward its future, it has to deal with the dangerous remnants of its past.

Catch the latest about 801 Calhoun and more from Bob Eury at Bisnow's Future of Downtown.