The second quarter of 2020 is the first full quarter that Houston’s commercial real estate industry has been able to observe the combined effects of the energy downturn and the coronavirus. The early data confirms what industry experts have been saying for months: Leasing activity was down across all asset types, and vacancy rates ticked up.

But amid the pain, a few product types strengthened their appeal as investment options in Houston.

“Clearly, multifamily and industrial, which were the most popular investment type prior to the pandemic, are going to be even more popular as we move forward,” Avison Young Managing Director Rand Stephens told Bisnow. 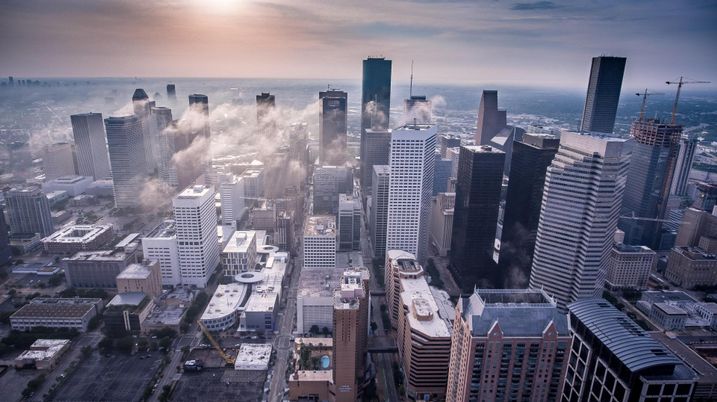 Though Q2 data is still in the process of being released by real estate firms, it is clear that Houston’s office sector weakened. The overall direct vacancy rate across the city increased to 19.2%, up from 18.7% during the first quarter, according to Avison Young’s Houston quarterly office report.

Sublease space decreased by 600K SF, a 10.2% drop from Q1, but that was largely due to lease expirations, which reverted that square footage back to direct lease space, Stephens said.

Despite the increase in the vacancy rate, Stephens said Houston’s office market was potentially less impacted than other major U.S. cities during the second quarter, as many energy-related companies had already begun downsizing in 2019.

The energy sector accounts for as much as 40% of Houston’s office market, which makes the local submarket particularly vulnerable to oil price volatility. But because energy companies had already been tightening their belts, the immediate impact of the pandemic and low oil prices was not as severe during Q2 as it could have been.

“I don't think it's having as big an effect on our market as maybe other places that had a healthier office market. Our office market, we already had a high vacancy rate,” Stephens said.

“I see more of the same, and it could potentially get worse, because leasing activity is down and nobody really knows what's going to happen to companies that lease office space.”

Unsurprisingly, Houston’s retail sector also took a hit during the second quarter. Occupancy stood at 93.9% in June, according to NAI Partners’ monthly retail snapshot report, down 70 basis points from a year ago, and the first time Houston retail occupancy registered below 94% since 2014. Year-to-date leasing activity totaled 2.5M SF, down 8.6% from a year ago.

A slew of state, county and city stay-at-home orders forced retail stores and restaurants to close for at least six weeks during the second quarter of 2020. Amid operating difficulties, a cautious public and a rollback in restaurant occupancy in Texas to 50%, the Texas Restaurant Association is projecting as many as 30% of restaurants could permanently close. 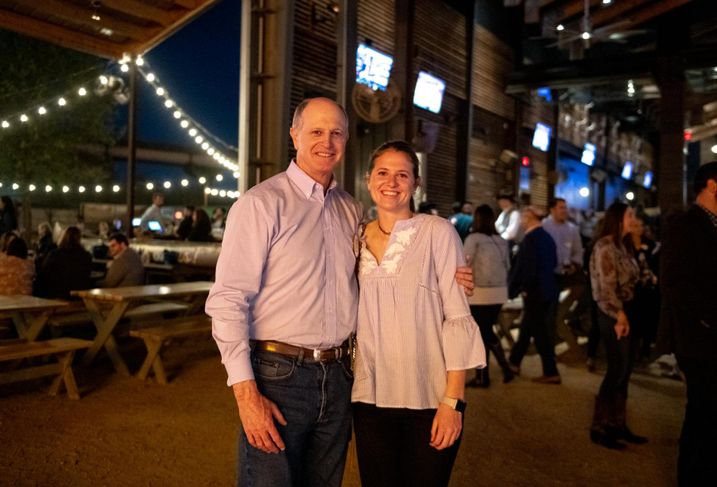 Houston’s industrial market performed relatively well during the second quarter, buoyed by the rapid escalation in demand for e-commerce services. With retail and restaurants closed for a significant portion of the quarter, the need for delivered goods rose — and fast.

The growing population has attracted more e-commerce and logistics companies to the region over the past five years. In particular, the I-10 and Highway 290 corridors are attractive to industrial owners and developers because of the proximity to large clusters of rooftops.

The biggest hurdle facing the industrial market in Houston, both during Q2 and Q3, is new inventory scheduled to deliver in 2020. With a significant development wave underway, Houston is facing a short-term glut that could take as long as two years to absorb.

Overall vacancy in the Houston industrial market hit 7.9% in June, according to NAI Partners’ monthly industrial market snapshot. That was an increase of 1.8% from a year ago, due in part to the 8M SF of vacant space already delivered to the market this year.

Stephens estimated that a total of between 16M SF and 17M SF will deliver by the end of 2020, adding another 5% to 10% of inventory to the marketplace.

Despite the rising vacancy rates, industrial still presents an attractive prospect to investors. The flurry of activity in the industrial sector during Q2 occurred despite stay-at-home orders, emphasizing the resiliency of the product type.

Evidence of continued interest in Houston’s industrial potential came last month when Amazon announced a new 850K SF fulfillment center in Richmond to serve the southwest region. It’s not the only active project of the online retailer in Houston — the company also broke ground on an 806K SF facility in Clay 99 Business Park during Q1. 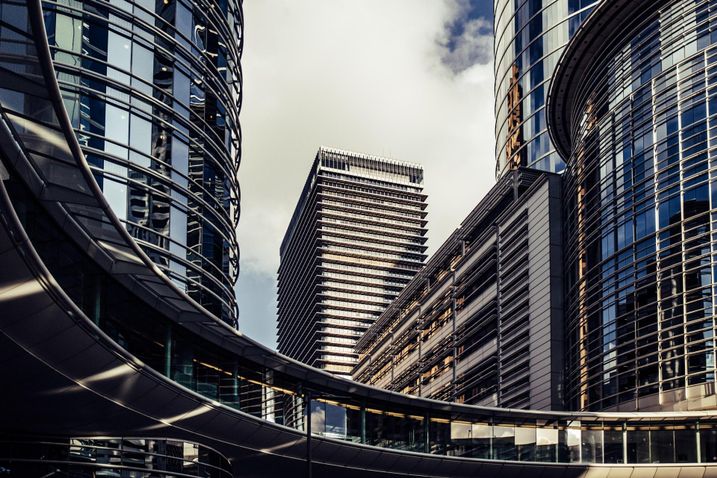 The comparative health of the multifamily market during the second quarter was, in large part, measured by the ability of landlords to successfully collect rental payments.

Houston apartment occupancy stood at 89.6% at the beginning of April, according to ApartmentData.com. That fell to 88.8% by the beginning of July. Over the past 12 months, rental rate growth also declined by 0.1%.

The National Multifamily Housing Council’s rent payment tracker showed that across the U.S., between 94% and 96% of rent was partially or fully paid during each month of Q2, as reported by more than 11 million professionally managed market-rate apartment units. That data does not capture the performance of small multifamily properties that are privately owned and managed.

Rental payments continued despite alarming unemployment rates. In April, the national unemployment rate jumped from less than 4% to 14.7%, according to the U.S. Bureau of Labor Statistics. That rate fell to 11.1% in June, as businesses around the country began to reopen their doors.

In the Houston metro area, unemployment rose from 3.9% in February to 14.2% in April, though the Greater Houston Partnership has said that number is likely understated.

Multifamily development in Houston has been driven over the past decade by a rapidly growing population. Though the coronavirus pandemic has slowed the mobility of workers in the short term, the cost of living and large economy is expected to keep attracting more people to the region.

“As an investor, when you take all these things into consideration, multifamily is tied more to population growth — as long as you're having positive population growth, you'll have people wanting to rent space,” Stephens said.

While the economic stimulus provided by the CARES Act is due to expire within the month, a new federal stimulus package is being debated by lawmakers. Those discussions include two proposals: one from Sen. Sherrod Brown, a Democrat from Ohio, that would provide $100B in rental assistance, and another from Sen. Jack Reed, a Rhode Island Democrat, that would provide $75B in assistance to renters and homeowners.

As the U.S. economy continues to struggle and a vaccine remains months, if not years, away, it is likely that some kind of rental assistance will be included in the next federal stimulus package. For investors, it’s a sign that rent collections have ongoing government support.

That makes the asset class an attractive one to property investors.

“People are starting to see how recession-resilient multifamily assets are, and what that's going to do is really increase the demand for multifamily assets going forward,” Swapnil Agarwal, founder and CEO of multifamily investor Nitya Capital and Karya Property Management, said during a Bisnow webinar Tuesday. 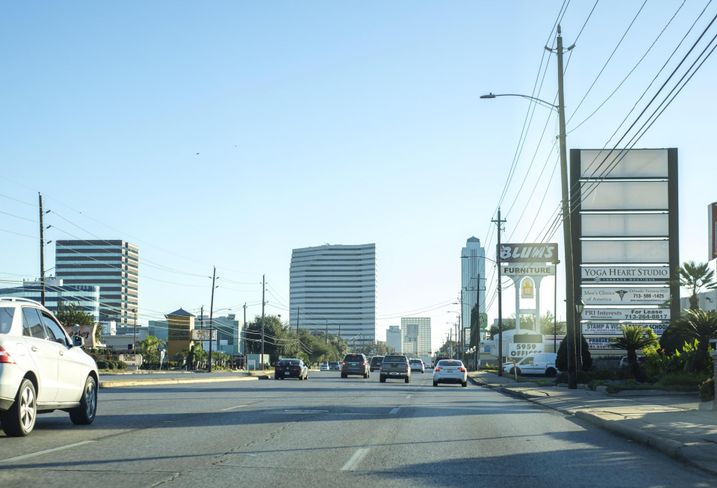 Though the outlook for Houston multifamily and industrial is better than other asset types, it doesn’t mean the short-term performance of those products will be stellar.

The economic disruption caused by the coronavirus pandemic has only accelerated trends that were already gaining popularity, such as remote work and the rise of e-commerce. Meanwhile, Houston’s population is anticipated to keep growing, though perhaps more slowly than in prior years, reflecting a struggling job market.

For investors sitting on capital, it’s a tricky time to invest, with plenty of risk involved. The challenge comes down to finding resilient assets that promise a healthy return — if not now, then soon.

“I think the jury's out on what's going to happen,” Stephens said. “If we creep along economically with this pandemic, then I don't think it bodes well for industrial, but it certainly will be better than the office market.”

Bandy is more optimistic about the ability of the office sector to recover, though it would likely be next year.

“While 2020 thus far has not provided a great path for the Houston office leasing sector to bounce back, we believe 2021 will be a year of recovery on many fronts, both locally and nationally,” Bandy said.