The federal stimulus that has given added unemployment benefits to tens of millions of Americans during the pandemic is set to expire next month, and the CEO of Freddie Mac said a lack of additional assistance could cause severe damage to the rental housing market. 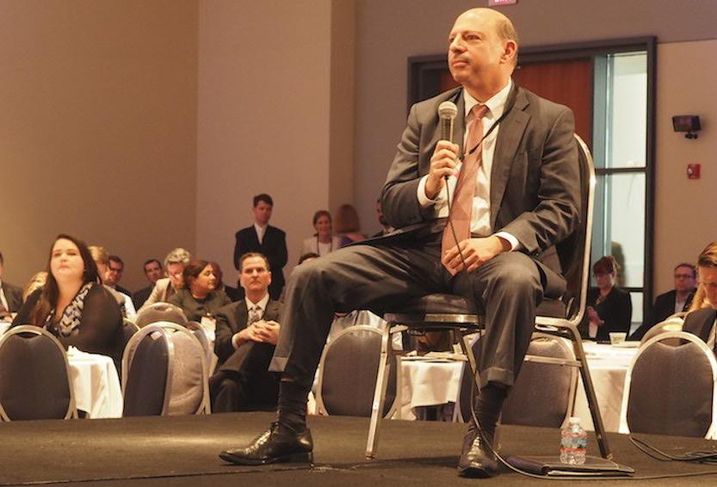 Freddie Mac CEO David Brickman, speaking on a Bisnow webinar Tuesday, said the federal unemployment benefits have kept the housing market stable, but he is concerned about what could happen if the program expires without some form of replacement in place.

“It could get ugly if there is no additional support for unemployment insurance, because the recovery, while it might happen quickly, is not going to happen by the time a lot of those benefits wear off," Brickman said. "It really is critical that some additional support be provided to avoid a lot of pain, particularly in the rental market.”

Walker & Dunlop CEO Willy Walker, who has close relationships on Capitol Hill, said he doesn't think the provision providing $600 weekly checks will be extended, but he thinks there could be another form of rental assistance. 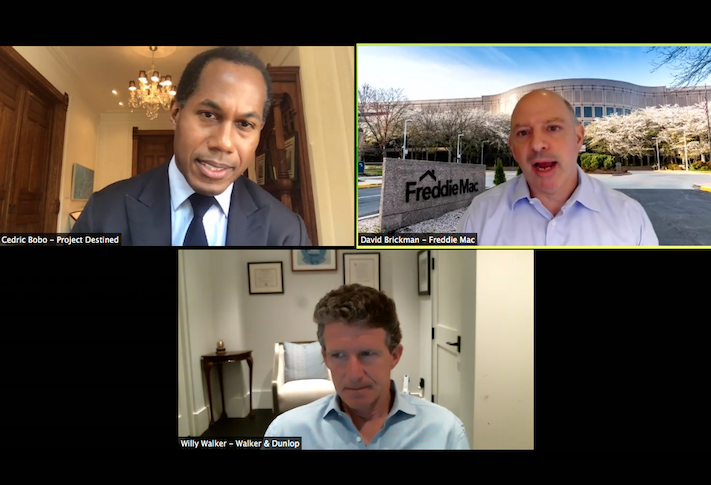 “In conversations with Senate Republicans, I think it’s unlikely that the unemployment insurance provision will be extended in whatever bill they pass in July, but I’m also feeling very good that there is going to be housing assistance," said Walker, who was also a speaker on Tuesday's webinar, which was moderated by Project Destined founder Cedric Bobo.

"That cohort of Americans, that 8.9 million in rental housing who are unemployed, until they get back up and get employed, it’s going to be difficult for them to make their rent payments," Walker said. "The good news is Capitol Hill understands that, and I’m quite confident there will be a component — how big and how long it lasts for is anyone’s guess right now — but there will be a component of rental assistance in the next bill that is passed in July."

Another top concern Brickman and Walker have about the prospects of an economic recovery is consumer spending.

“You can well imagine people won't be comfortable for some period of time going out as often, staying in hotels, traveling on airplanes," Brickman said. "How many people might say, 'I was thinking about buying a new car, but I might put it off a little bit longer,' just because of the psychology of this crisis. I do worry that could slow economic growth for some period of time to come. That kind of consumer behavior is much harder to influence in conventional ways. It’s the big risk that we do have out there.”

Walker said he is equally worried about consumer spending, especially because Americans have $1 trillion in outstanding credit card debt. Many who can't pay their credit card bills have received forbearance during the crisis, but Walker said banks will have to stop that practice at some point, and if borrowers can't make their payments, the damage could extend to other parts of the economy.

"I’m quite concerned about a consumer spending crisis from a credit card debt standpoint extending into things like cars, into student debt, into mortgages and then into rental payments," Walker said.