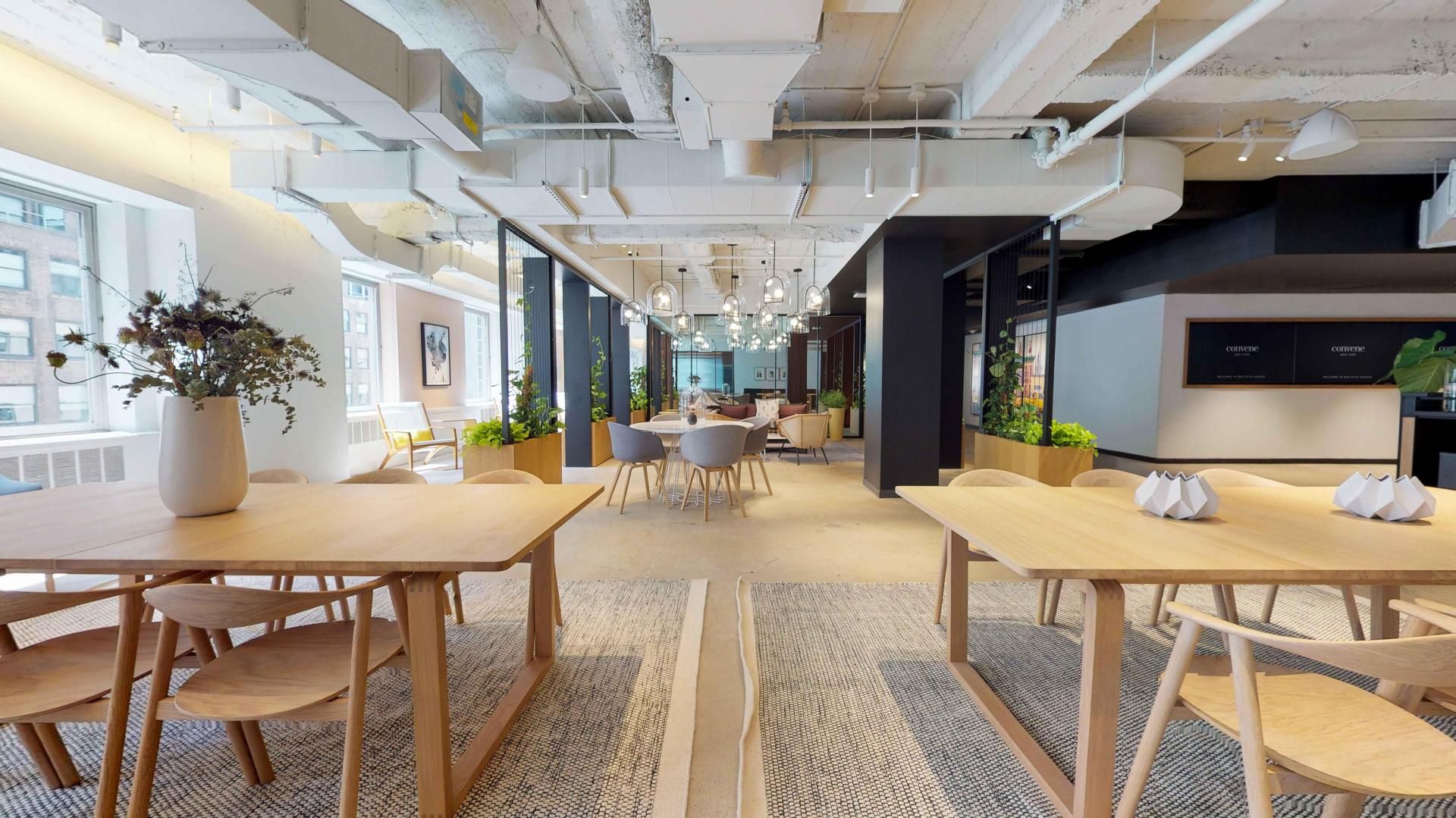 With the world’s offices having emptied out as a result of the coronavirus pandemic, now is the perfect moment to imagine what, in an ideal world, the office can be. When you go back, the way you work and the office you work in don’t have to be the same.

To try and gauge how the world of work and the office might change, Bisnow asked its readers a series of questions about working from home, what you want from offices in future, and how things like meetings, food and beverage and office amenities should work in future.

More than 200 of you replied, and the answers were striking. From what you said, we will be working from home a lot more in future; you are happy to work flexibly in open offices, but want more quiet areas; food, coffee and fitness are the amenities you want from your office; and meetings should be (a lot) shorter, with meeting room tech needing to up its game drastically.

In the future, if our respondents get their way, that is going to change drastically. A full 71% said they want their company to offer some sort of flexible office provision. 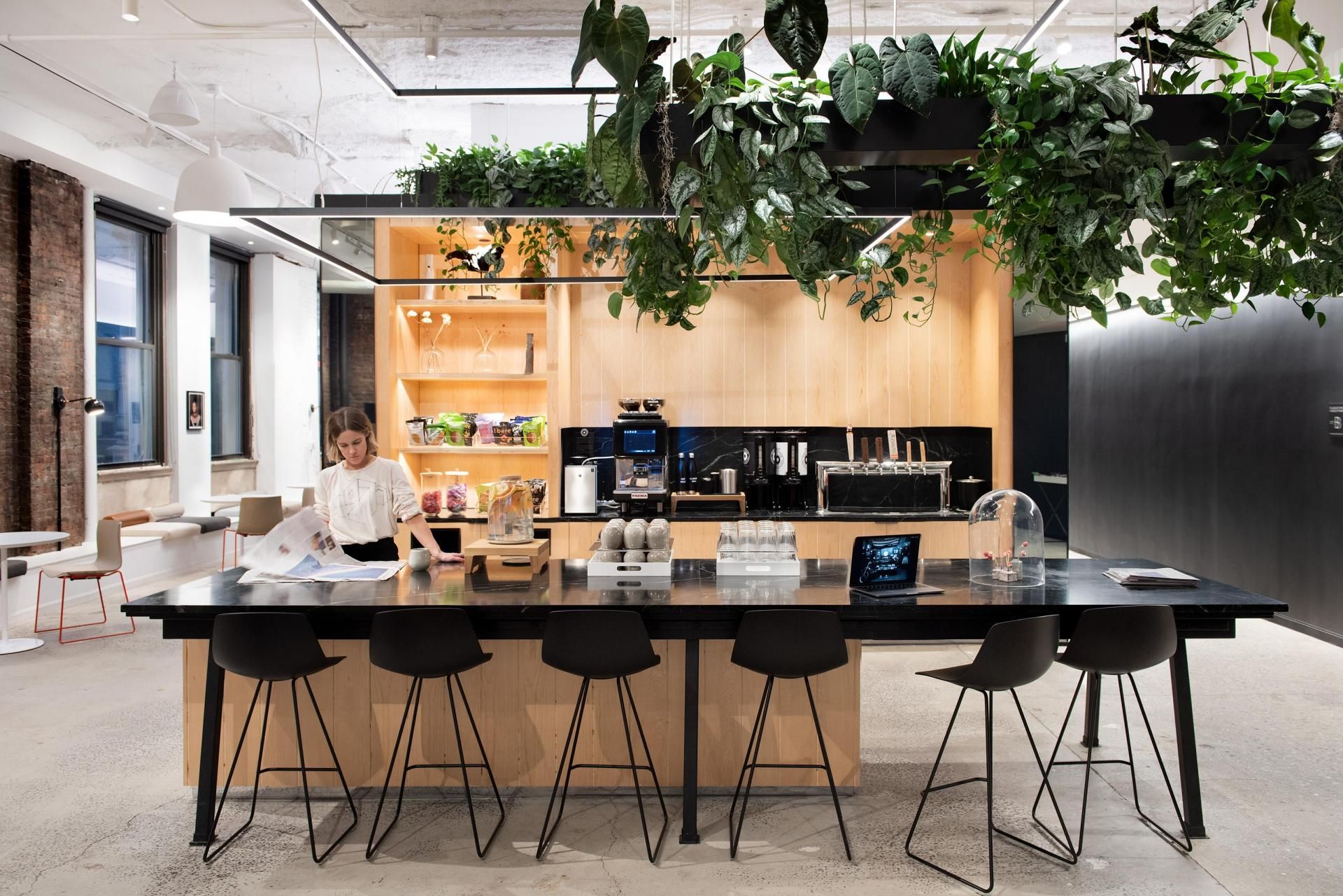 When asked about their opinion on working from home, now that it has become necessary, some respondents pointed out there are downsides: lack of space to work in peace, and the difficulty of maintaining a work/life balance and not work constantly when there is no separation between the home and the workplace. The need for the right technology was also stressed.

But a large majority pointed to the positives. Many people expressed surprise about how easy it is to keep productivity high when working from home if the right technology is in place and it is not something people are forced to do every day.

“This has opened my eyes on the opportunity to have flexible work for everyone, with the kids at school or nursery, though,” one respondent said. “We should all mix a bit of working from home and working in the office. It would also potentially save office space.”

That said, when asked what they missed most about their office, there was an overwhelming response, which points to the function of the office in the modern world of work: people.

The interaction with colleagues, in the form of formal collaboration and informal socialising, was the one thing that people missed above all else (though a surprising number of people said they miss having a printer).

This balance between personal productivity on the one hand, and collaboration and socialisation on the other, is perhaps what drove the responses to the question about what people would change about the office if they could start again from scratch.

Among a huge variety of answers two themes stood out. People wanted less rigidity in the place in which they work, asking for more space in which to collaborate and interact with colleagues. Working in fixed rows of desks was a regular gripe.

But while the benefits of open-plan and flexible space are apparent for when you want to collaborate, respondents also wanted more quiet space, to avoid noise and get individually focused tasks done, but also to have small meetings with colleagues in a more private setting.

That tallies with the fact that 39% of respondents said they spent about two to four hours a day working collaboratively with colleagues, with another 25% saying they did this for an hour to two hours. It makes sense that workplaces need to offer a balance between private and collaborative space.

When it comes to the amenities that people want from an office, health and wellness came to the fore. It has become a cliche, but good coffee seems to be overwhelmingly important in the modern workplace, along with better access to good, healthy food. Gyms, fitness rooms or at the very least showers so that workers could get changed in comfort after running or cycling to work were regularly mentioned. 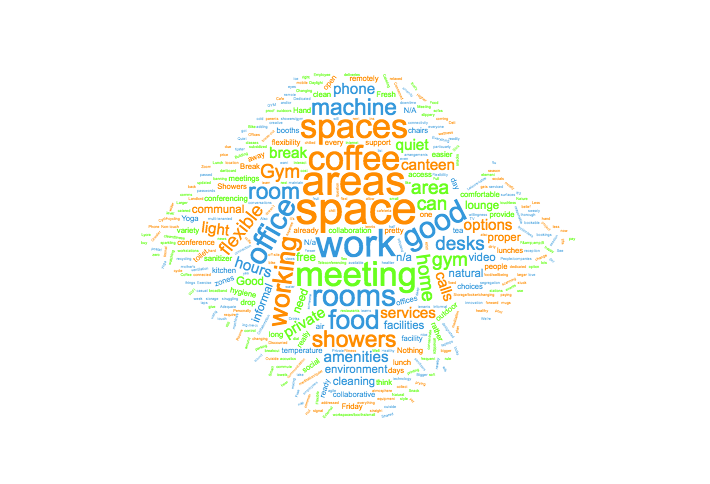 But in a nod to the current health crisis, cleaner working environments with better air, light and plenty of hand sanitiser were also frequently cited.

In terms of how the working day of respondents plays out, almost exactly half spend six to eight hours a day sat at a desk, and 66% have between two and five face-to-face meetings with colleagues a day.

In terms of what respondents want from meeting space, two things came out above all else. People want more meeting space, and they want the technology within it to be better.

First of all, they want the technology to be more intuitive: easy to use at the touch of a button, with no passwords or complicated ways of connecting laptops or iPads to systems.

But with a view to the fact that more people are likely to be working remotely in future, there was an overwhelming desire for better quality videoconferencing facilities, to bring together teams working in a dispersed way, and also create better relationships with clients without having to travel to see them as often.

As for what people want from the meetings themselves: for goodness sake, just make them shorter. Quicker meetings, with better agendas and fewer unnecessary participants would make everyone’s life easier. That should be achievable without a major upheaval in the way the world of work is structured.