The way we work has changed beyond comprehension in the past 200 years. But the way we use offices is pretty much still the same.

There have been changes in design: Closed individual offices were the norm, cubicles came and have now largely gone, and today the open office and agile working reign supreme. But the idea of a place where you travel to work, nine hours a day, five days a week, hasn’t changed since the idea was invented during the Industrial Revolution. Until now.

“Processes get locked in place: The only reason schools have such a long summer holiday is because children used to have to go and help bring in the harvest,” Stanford University Professor of Economics Nick Bloom said. “Ideas can be very hard to shift. But I think we could be about to see an explosion in growth.”

The way we use offices is at the centre of that. 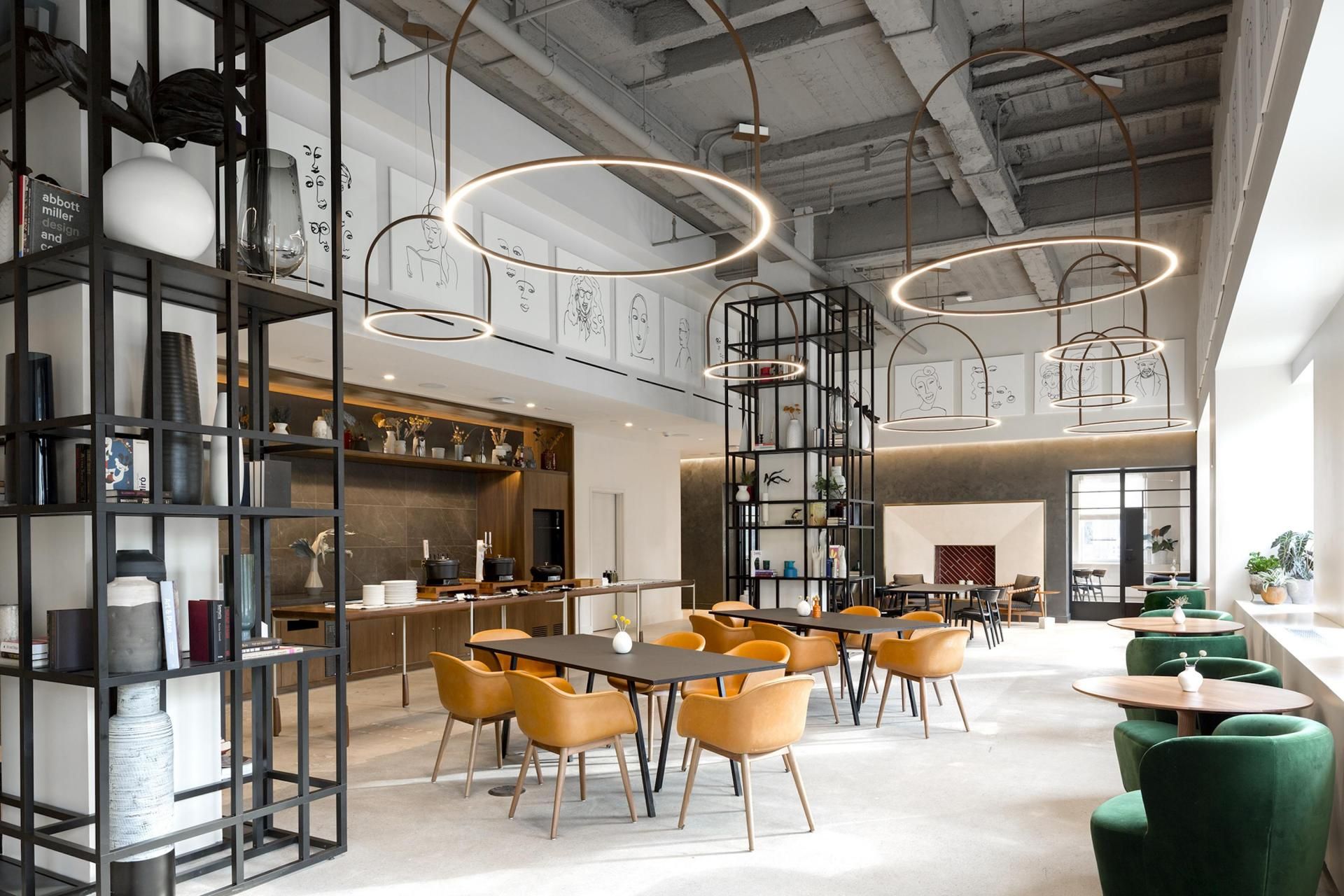 The way companies use offices was already changing, and that change has only been accelerated by the coronavirus pandemic and the switch to home-working it has forced upon the world. So office space is going to have to change to mirror the way companies are now working.

Experts believe in future, companies will want less space, but better space. They will want space that allows different teams within their company to achieve different objectives, with the physical environment helping company goals. Office space will need to seamlessly bring together those working in the building and those working from home.

Companies will want to experiment with different physical environments, trying and testing in the same way they would a new website. Office owners, developers and operators will need to provide the physical infrastructure and technology that allows all this to occur. Those that do will help companies tap into this potential growth in productivity, and are likely to be richly rewarded.

For Bloom, who specialises in productivity and the factors that influence it, the change in the way we work and how we use offices is akin to the change that occurred in factories when they switched from steam power to electricity. It took decades for the increases in productivity to be seen, not because factory owners didn’t want to switch from steam to electricity, but because it took a long time to work out how factories and production process should be organised to take advantage of the new technology. Companies had to change shape, and so did the buildings they occupied.

“[Nobel Prize-winning economist] Robert Solow famously said in the 1980s you can see computers everywhere except in the productivity figures,” Bloom said. “We haven’t seen the miracle that IT was supposed to produce, but new ways of working, accelerated by COVID-19, could spur that. We now have the processes and technology up and running to be able to work flexibly and increase productivity.”

Bloom sees the coronavirus accelerating the trend for employees to work remotely, either from home or from smaller satellite offices away from city-centre HQs, as companies that may have doubted the wisdom of this practice had their hand forced. Companies have had to reorganize at least temporarily in a way that embraces flexibility, and Bloom believes those that stick with it will see increased productivity long term. The combination of office and home work is expected to reduce the inefficient elements of office life: stressful commutes, rigid working patterns and unnecessary meetings. 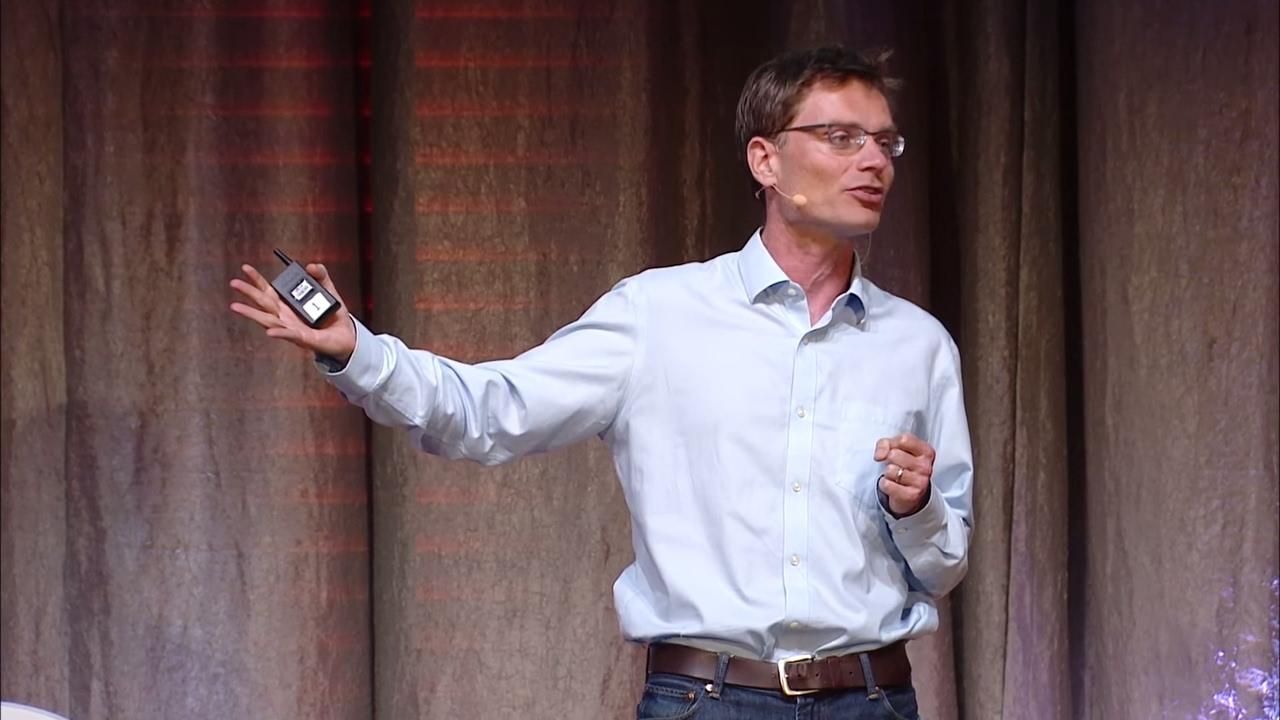 An increase in working from home would decrease the need for fixed desk space in an office, because the kind of quiet, internally focused work someone might once have done in the office can now be done at home. The result could be more space given over to collaborative areas where colleagues can interact.

Because what is an office actually for? Its role in business and society has changed, and while some businesses have grasped that and reaped the productivity benefit, others haven’t. Once you had to go to an office to do your job, and employers wanted you there to keep an eye on you and make sure you were doing it.

Now, it is a social space, where ideas are swapped and new ideas created, a place where loneliness is staved off.

“It’s a place for cumulative cultural knowledge to be exchanged,” AXA IM — Real Assets Head of UK Development Harry Badham said. “If I know something and you don’t know I know it, that piece of knowledge is essentially useless. An office is the best way to share knowledge around a company and to create a culture.”

How offices influence collaboration, creativity and culture in practice is subtle and nuanced, and companies have often been treating it with too broad a brush.

“The way we work has never changed more quickly, but the place we work hasn’t,” Humanyze President and co-founder Ben Waber said. “For a long time companies have been paying lip service to these ideas, but not really embraced them. But we have the opportunity to experiment and adapt.” 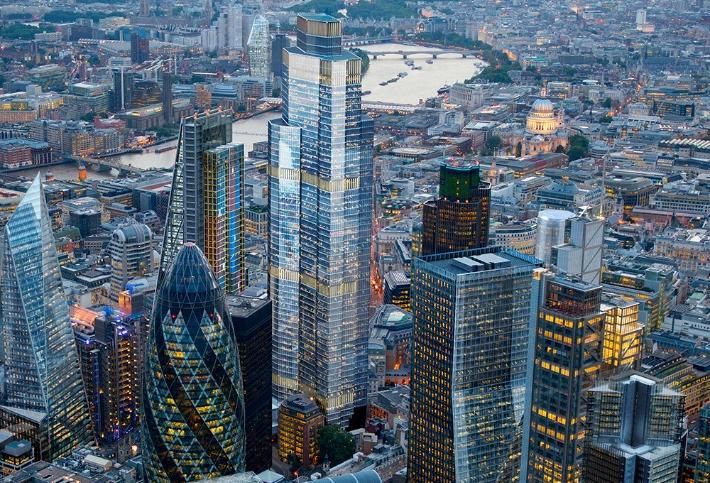 Humanyze undertook research alongside academics from Harvard University which showed that, far from increasing collaboration among staff, companies that transitioned from fixed offices or cubicles to an open-office plan saw interaction between staff decrease, as people hid behind headphones and were afraid to have conversations in a setting where everyone could hear them.

Waber said companies should treat office space like they would a new website, testing out various layouts to see which achieves their desired outcomes. But first it is important to know what those outcomes are.

It is a bit more complex in practice, but if you have a team that needs to work in a tight-knit way on a specific project with a deadline, give them their own fixed office or space within a wider office, or even temporary space in a flexible office. Even putting the coffee machine in the centre of the team rather than in a peripheral kitchen can make teams turn inward instead of outward.

By contrast, if you need different teams to start interacting with each other, put them together in a shared seating area.

Hot desking is all well and good, but letting people randomly pick seats doesn’t allow you to control outcomes.

“The design you choose should depend on the networks you want to create,” Waber said.

As artificial intelligence is able to undertake more of the repetitive processing work that was once a major part of office life, the average office worker will spend more time on different types of task, requiring different types of creative thinking. And this will require offices to be organised differently. 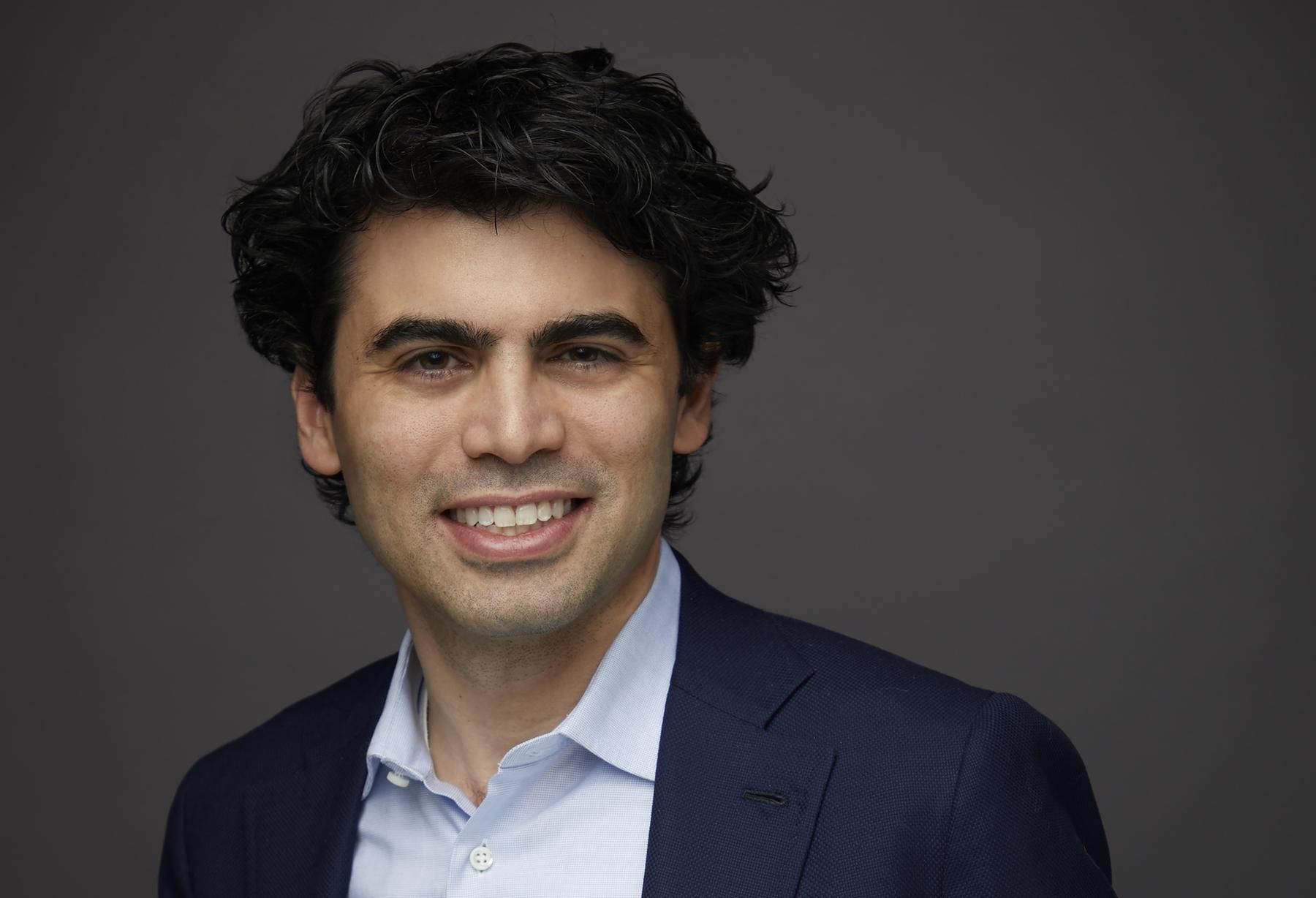 For developers and operators, it is a cliche that they need to build flexibility into their buildings. But that doesn’t make it any less true.

“Companies need to be able to adapt their space as their businesses adapt,” said Nick Searle, a partner at Argent, which is developing HQ buildings in London for Google and Facebook. “For all the businesses we work with, whether they are banks, professional firms or tech firms, they all need to be able to morph their space internally. There is only so far we can go, as most of our tenants will fit out space themselves, but we need to give them that ability to change their environment.”

On an operational level, the technology offered by a building can be vital in enabling companies to adopt those flexible working practices that can increase productivity.

“If you think of a meeting room, it might be smaller because not all of the people in the meeting are going to be physically present, but it needs to have great and easy-to-use technology to allow that kind of hybrid working that distributed teams need,” Zampini said.

AXA’s Badham pointed out that if companies are going to have a greater proportion of their teams working remotely more of the time, then building systems need to allow people to access an office using their phone, rather than having to go through a cumbersome signing-in process if they are coming in once or twice a week. And that means building owners employing people and systems to keep up to date the registers of who can and can’t access a building. 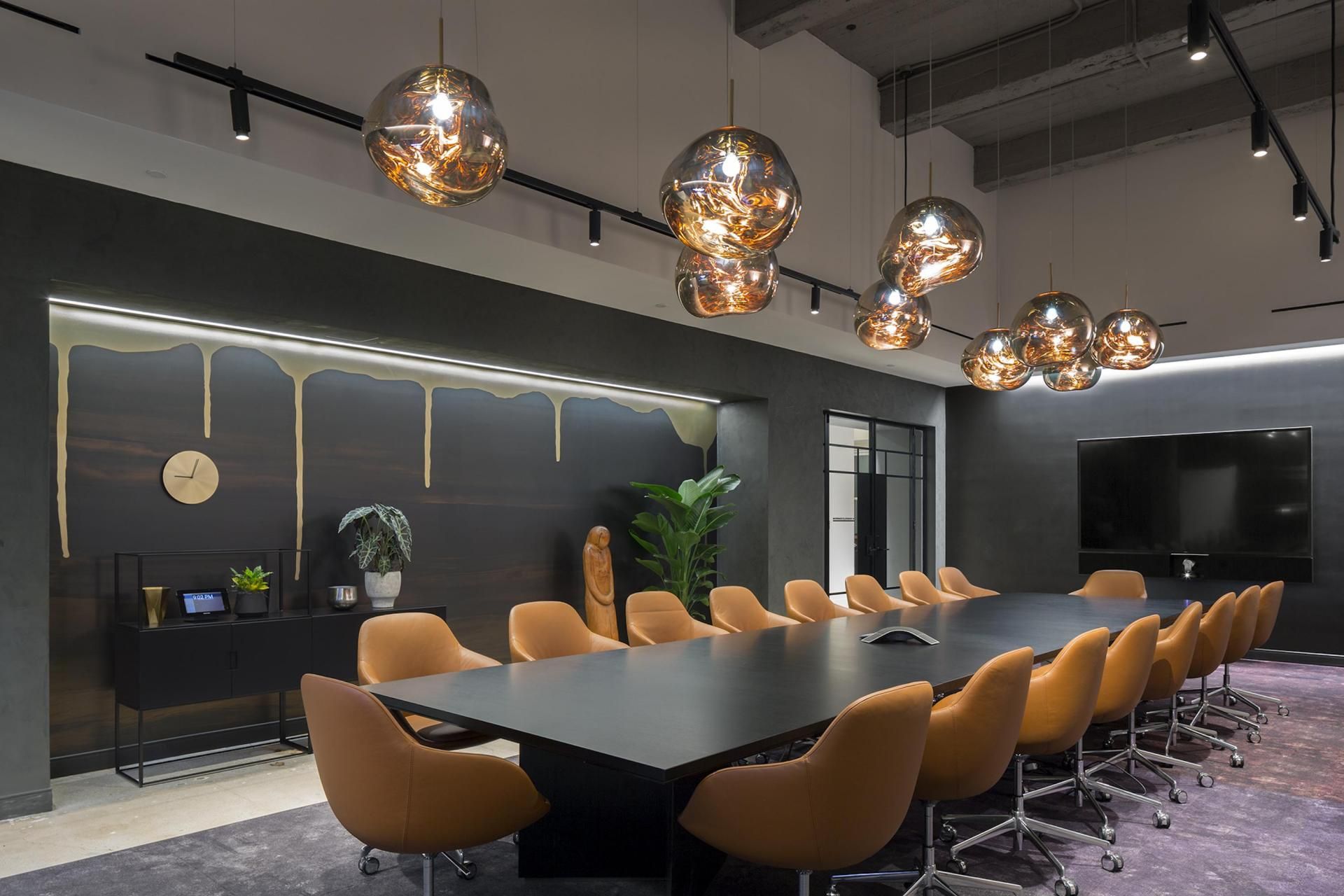 Many of these trends will come together to have one overall result: The average company will have less office real estate, but it will be better.

“It will be about the quality, not about how much of it you have,” Zampini said.

“It is a journey we have been on for several years, but I think the average company will just consume less real estate,” Deutsche Bank Managing Director for Corporate Services Kathryn Harrison-Thomas said. “[People working from home amid the pandemic] is a chance for us to reset our strategy. I don’t think many companies will just go back to what they were doing before.”

She pointed out that the vast majority of the world’s financial services professionals are working from home, and financial markets are still functioning, even if they are looking decidedly downbeat.

Badham said about 80% of the occupiers AXA signed for its 1.3M SF 22 Bishopsgate skyscraper in London took less space than they previously occupied.

“If you have less space you want better space, and that means better amenities, and being smarter in how it is operated,” he said.

In his book 50 Things That Made The Modern Economy, economist Tim Harford argued it took almost 50 years for the productivity benefits from electrification to be truly felt. Hopefully it won’t take as long for new trends in work to have an impact, but for companies to harness the potential benefits that new ways of working can bring, it will take a change of mindset in how they organise their businesses, and how they utilise their office space.