Of all Dublin’s city centre locations, the area in and around Grand Canal Dock has undergone the most radical change over the last 10 years, transforming from something of an industrial wasteland into a modern residential and office quarter home to some of the tech sector’s biggest names, including Facebook, Google and Airbnb.

According to figures from Savills, just over 950K SF of office space will have been delivered in the south docks SDZ area between 2015 and the end of this year. This compares with around 3.6M SF completed in the CBD during the same time frame.

The vast majority of the new south docks space has been or will be completed in 2018. Over 520K SF has been delivered so far this year, while three developments — 100 Capital Dock, The Reflector on Hanover Quay and 2WML — are due for practical completion this quarter and will account for almost 300K SF. 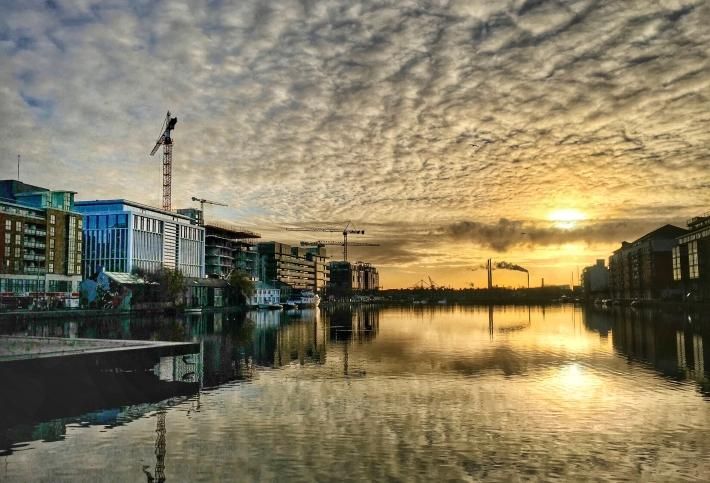 Photo by Sophie Beatty. Courtesy of Savills
Hanover Quay with No. 5 and The Reflector on the left hand side

Despite the amount of space coming on, demand remains strong. According to Cushman & Wakefield Director Aisling Tannam, the net vacancy in the south docks stands at 8.8%. “There continues to be huge interest in the docklands and this is reflected in the activity of all of the buildings currently under construction,” she said.

Tannam said 75% of the new stock due to be delivered in 2018 is already pre-let or reserved. Looking to next year, the equivalent figure is 46%.

At the moment, a large number of companies with requirements of over 100K SF are understood to be on the hunt for space in the docklands area. The Revenue Commissioners, for example, is looking for around 100K SF and has its sights set on either the south or north docks. Slack also has a requirement for around 100K SF. And Docusign is looking north and south of the river for a space of around 70K SF. 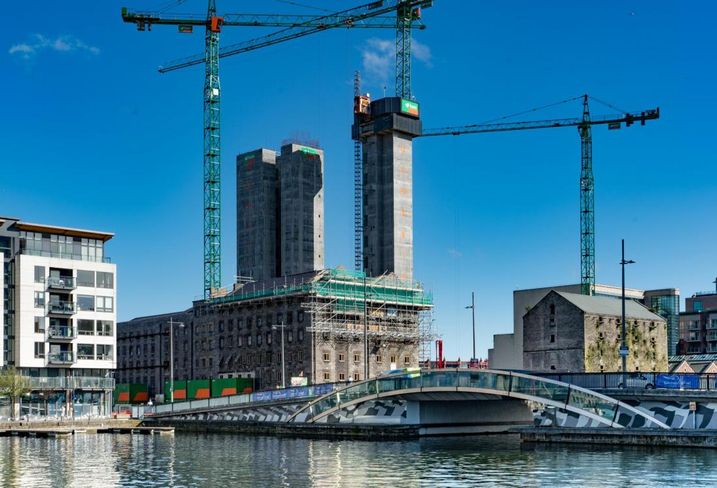 Grant Thornton has just moved into City Quay, a 100K SF building that was developed by TIO and pre-funded by Irish Life.

HubSpot is rumoured to have reserved the whole of Hibernia REIT’s six-floor, 113K SF 1SJRQ.

LogMeIn has taken space at Park Development Group’s 115K SF The Reflector on Hanover Quay, which is due for completion shortly. A number of other occupiers are understood to be at the 'terms agreed' stage for the rest of the building.

In the second quarter of this year, Google paid €300M for the entire Bolands Quay development, which includes 238K SF of office space, as well as apartments, cafés, shops and cultural spaces. 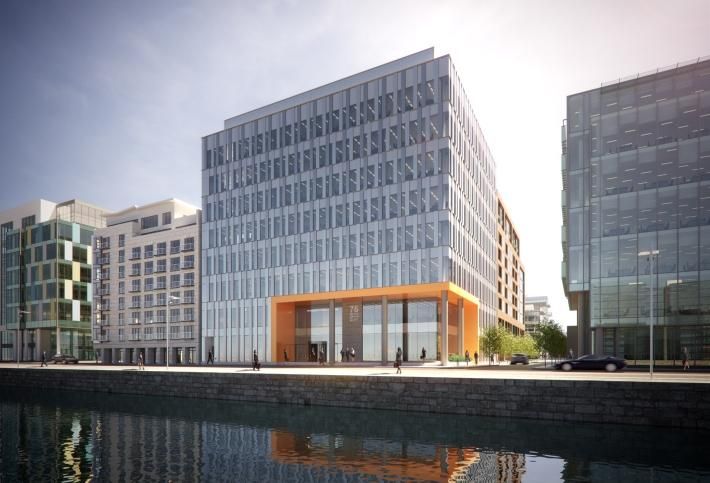 Irish Life’s 1GQ office complex — previously the Ulster Bank headquarters — has two floors of around 20K SF each still available. Tenants that have already signed up in the building include WeWork and CDB Aviation.

Hibernia Reit’s 2WML is set to be finished before the end of the year. At present the entire 65K SF is still available.

Due for completion in Q3 2019, TIO’s 76 Sir John Rogerson’s Quay will deliver 75K SF. A number of parties are understood to be looking at the building but no deals have been signed as yet.

While Aptiv has taken 60K SF at 5 Hanover Quay — another TIO development — discussions are going on for the remaining 100K SF.

Marlet’s 204K SF Sorting Office on Cardiff Lane is under construction and due for completion by the end of next year or the beginning of 2020. So far, the whole of the scheme is still available. There have been rumours that WeWork is interested in taking a significant part or all of the space. 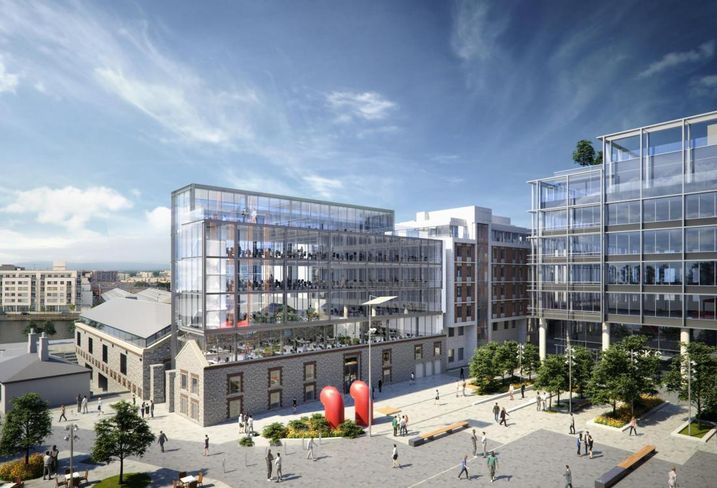 Courtesy of Kennedy Wilson
Hanover Quay, as it will look

Due to start shortly is the redevelopment of the Tropical Fruit Warehouse on Sir John Rogerson’s Quay. The IPUT scheme, which will incorporate an existing listed building, will create 70K SF of office space.

And work is set to start in November on Kennedy Wilson’s 65K SF 10 Hanover Quay, which is expected to be completed toward the end of 2020.

Marlet may also start work on its Lime Street site, where permission is in place to build over 100K SF of offices, as well as 100 apartments.

After that, the opportunities for development in the immediate area become more limited.

“People who are developing down there are probably rightly confident that there will be strong demand for anything they bring online,” he said.