Between Press Up Entertainment — 42 hospitality and food and beverage sites and counting — and developer Oakmount — more than 25 commercial and residential projects in the portfolio — business partners Matt Ryan and Paddy McKillen Jnr have been building a strong presence in the capital over the last nine years.

Press Up's initial public offering might have been deferred, but there are no signs of a slowdown any time soon, with eight further hotel and F&B sites due to open this year, a number of other projects in the pipeline in Dublin, the Dean hotel brand being rolled out to Cork and Galway, and opportunities to take that brand to Europe under the microscope.

To find out more about the two companies and the plans going forward, Bisnow sat down with co-founder Matt Ryan. He loves difficult sites that no one else will touch. 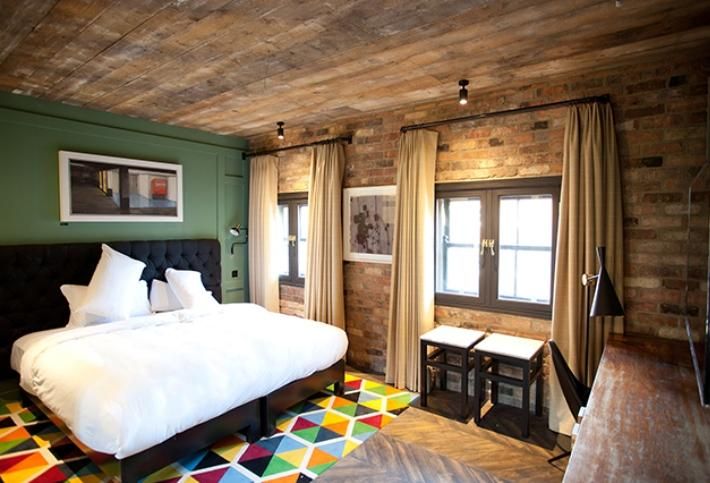 Courtesy of Oakmount
Penthouse bedroom in The Dean, Dublin

Press Up Entertainment was incorporated toward the end of 2009 but its roots go back to the early 1990s when Paddy McKillen Snr bought Captain Americas in Grafton Street followed by a Wagamama franchise on South King Street.

While this was the extent of the portfolio until around 2007, the economic crash was the trigger for expansion, according to Ryan.

“Our existing two businesses were very price friendly and family orientated in the premium casual dining sector," he said. "They continued to trade very well, despite the downturn, so we decided to open another Captain Americas and another Wagamama. At that point there was a good deal of opportunity in the city and we were one of the only people coming into the market. And we work really, really hard.”

The company has grown steadily since then and now employs 1,600 people. As well as restaurants, bars and cafés, the company opened its first hotel, the 52-bed The Dean on Harcourt Street in 2014, as well as the refurbished Stella Cinema in Rathmines in 2017.

Ryan describes The Dean as an experiential and destination hotel, with an interactive lobby, bedrooms that aren't necessarily huge but have a design focus and plenty of high end features — think Marshall lamps, mini-Smeg fridges, Samsung TVs with Netflix and Grafton Barber products — and an all-important rooftop restaurant.

“We really wanted to expand that model so we built The Devlin in Ranelagh, which is now open and absolutely thriving, and we have the exact same plan going on down at the Mayson in North Wall Quay.”

Also in the cards is a hotel conversion at the former Howl at the Moon nightclub on Mount Street in Dublin 2, which is currently before An Bord Pleanala.

In Galway, meanwhile, work is underway on a 114-bed hotel on Prospect Hill off Eyre Square, with a rooftop bar and restaurant. Completion is scheduled for 2020.

And the 136-bed The Dean Cork is currently under construction at Horgan’s Quay next to Kent Station, with completion also due next year. 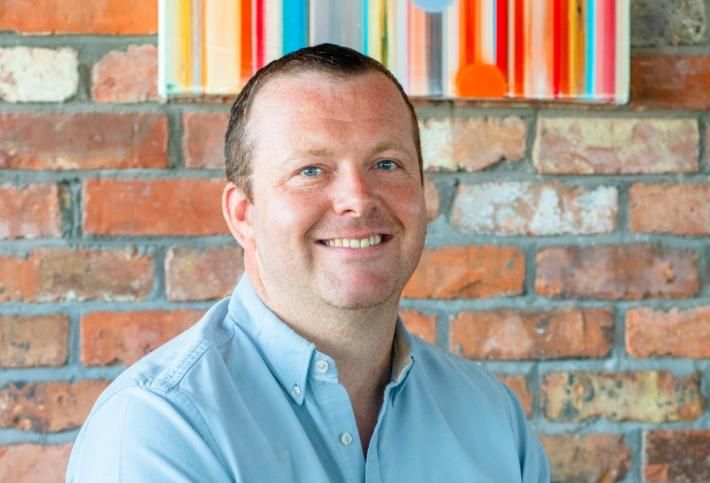 Internationally, the company has been looking at a range of cities across Europe, including Lisbon, Munich, London, Paris, Berlin and Amsterdam.

“Our experiential hotel is one part of our business that we’re very confident of,” Ryan said. “There’s an increase in the number of beds coming to the sector but we don’t really focus on how we’re going to face up to quantity; we’re much more about how we face up to quality. All we talk about is being really good and how to be better.

“We’re looking everywhere. We have to be looking at 20 bids to get one. We’ve got some interesting opportunities but nothing signed and contracted. It’s a big move for us, especially the first one: it really needs to be right so we can piggy-back off it.”

The group is more likely to consider niche opportunities than get into bidding wars for bigger sites, he said.

“If there’s a red-brick building with a tree going through the window that no one’s looked at in 20 years, you’ll find we’re looking at it. We need bespoke opportunities in Press Up because sometimes something alternative suits us better. Our Irish portfolio reflects that. We’re not afraid of a conversion; in fact, it kind of excites us.”

While the two companies operate separately, Ryan said some development projects are undertaken by Oakmount in order to provide Press Up with opportunities that it wouldn’t otherwise be able to get.

“Oakmount will facilitate that by acquisition and development and Press Up then going in on leasehold. And sometimes we’ll sell that property on to a pension fund and return the capital spend back to Oakmount and remain on as a tenant. That can be very handy when Press Up really wants to get in somewhere."

There’s no particular strategy around holding or selling on Oakmount’s schemes, according to Ryan.

“It’s decided on a case-by-case basis. If there’s an interest in buying it and the numbers add up and it makes sense to us to sell at that time, absolutely we’ll consider it. But there’s no move or strategy around getting a tenant in and offloading. Oakmount’s very keen to keep assets as well that have good tenants in them.” 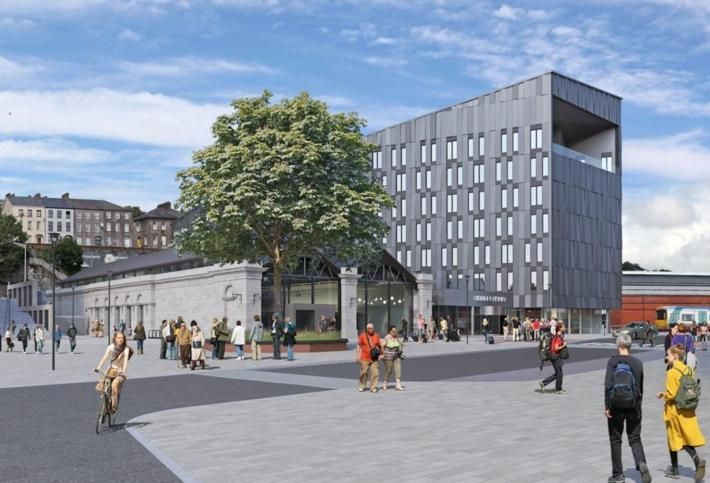 Courtesy of Oakmount
Artist's rendering of The Dean, Cork, part of the Horgan's Quay development

Where there is an opportunity for an F&B or hospitality aspect to an Oakmount scheme, Ryan said Press Up is usually in the mix, particularly if there’s a rooftop restaurant up for grabs. But it’s still early days as to whether the company will end up operating any of the F&B opportunities or the 176-bed hotel in the Clerys scheme, where Oakmount is a development partner.

“Press Up is an obvious tenant given its covenant, history and position at the super premium end of the market. It will be getting its pitch in but Oakmount isn’t there to do Press Up favours.”

Press Up has also been reported as being at an advanced stage of negotiations to go into Marlet’s redevelopment of the old Screen cinema on Townsend Street. Not so, Ryan said.

“Someone may call us and ask would you be interested if, and we’ll say yes, we’d be interested if. We don’t know whether they’re going to ground, seeking planning or if they’ve rung 20 other companies. They’ll then give an interview and say we’re working on this and we’re in talks with Press Up. It might have just been an expression of interest. We only really focus on things that are actually happening.”

Projects that are definitely in the pipeline include a Mary’s Bar and Wowburger combination going into an Oakmount mixed-use development on Thomas Street. Also underway are a modern Chinese restaurant and cocktail bar — along the lines of the Hakkasan chain — on Camden Street and an Indian equivalent — not unlike Dishoom in the UK — on South Richmond Street. Both are due to launch later this year.

Oakmount is also currently working on the redevelopment of the Florentine Centre in Bray, which will include a five-screen cinema to be operated by Press Up.

“And unquestionably, there’ll be two, if not three, Press Up businesses in that development,” Ryan said.

It’s unlikely, however, to feature as a tenant in 9-12 Dawson St., the former New Ireland headquarters, also due to be redeveloped by Oakmount.

“Chances are that it will be a mainstream retailer,” Ryan said. 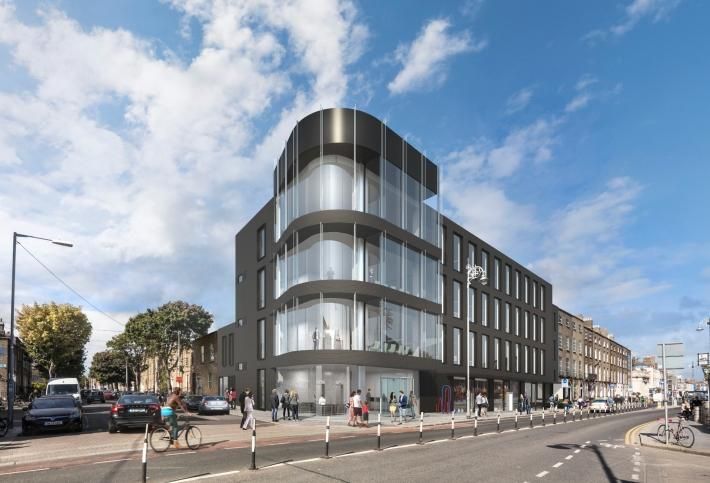 Courtesy of Knight Frank
The Lennox Building on Lennox Street in Dublin 2, developed by Oakmount and now on the market for over €25.5M

WeWork is rumoured to be in talks to take the office space in that building and in Clerys.

“We talk to WeWork all the time; I think everybody does,” Ryan said. “They’ve got extremely energised people on the ground talking. We’ve had very good dealings with them previously and hope to continue to, but there’s nothing of note to talk about there.”

As to the IPO Press Up was considering last year, Ryan said these plans are on hold for the moment.

“It’s not something we’ve become disinterested in but it’s a tender market out there. It’s not a bad market but the unknown is possibly scarier to some people than actually knowing something bad. If you do not know what to do you’re out gambling against two different possible outcomes. I don’t like to gamble — I like to make decisions based on fact.

“Although there was huge interest on the roadshow in the UK about us going public, it was something that we just weren’t confident enough about at the time. And we’re under no great pressure to do anything. We know how to keep going and growing, no matter what’s happening. So, it’s something we’d never rule out but it’s not something that’s currently on the table.”