Redwood City, California-based Genapsys scouted the usual suspects when looking for a market to expand its life sciences operation, including Massachusetts and its own Bay Area backyard.

But ultimately, the genome-sequencing company chose metro Denver for its expansion, drawn by the talent pool, access to business-to-business collaboration and lower costs relative to the pricey San Francisco peninsula. 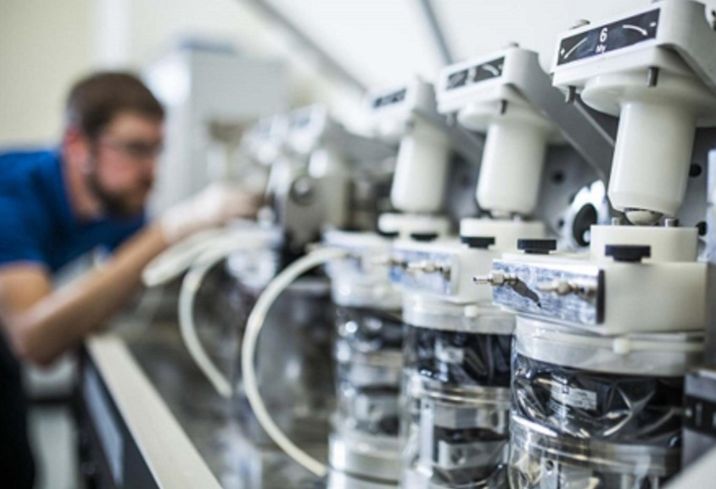 pixabay/vipragen
Life sciences companies are bullish on Colorado, but lab space is limited.

Genapsys isn't alone. The number of life sciences companies with locations in metro Denver grew by more than 25% from 2015 to 2020, and the demand isn't slowing down.

Local demand for the sector mirrors national trends; capital investment in the industry hit an all-time record last year of $18.4B, according to a Newmark report.

Though economic development and real estate professionals in metro Denver have high hopes for the burgeoning life sciences industry, the road is not without its challenges as the region attempts to grow its inventory of crucial lab space.

Establishing the area as a life sciences destination means creating an ecosystem where research, industry and commerce all participate and feed off each other, but determining which party will initiate the action is a "chicken and egg" situation, according to Pure Development principal Tyler Morris.

Life sciences companies make up the largest share of prospects in the pipeline managed by the Metro Denver Economic Development Corp. The industry is one of the fastest-growing in the area, with employment growing by 12.4% between 2015 and 2020, according to a report from the EDC.

Denver is eager to capture future growth, experts note, as the sector typically brings a diversification of the area’s employment base, a growing talent pool of young, educated workers and millions in potential future investment.

For commercial real estate, new life sciences companies mean new uses for the area’s industrial space, which has traditionally been used for warehousing, distribution and heavy manufacturing. Offices, meanwhile, stand to gain from an increasing employee base, as local properties attempt to regain occupancy that was lost in the pandemic.

Colorado’s Front Range has become a popular spot for West Coast companies in particular as they cast about for relocation and expansion opportunities. Metro Denver is especially attractive to West Coast companies looking for a reprieve from the high costs and competitive labor market found in the Bay Area.

Earlier in 2021, Genapsys named as its CEO Jason Myers, a biochemist with Colorado roots. Myers completed his undergraduate work at Colorado State University and went on to found ArcherDX, a Boulder-based company focused on using genetics to personalize cancer treatments.

That Colorado connection was involved with placing metro Denver on Genapsys’ radar for expansion, but the area won out on its merits, Genapsys Chief Operating Officer Mary Stewart told Bisnow.

Those merits include tax incentives. In support of the state’s ambitions to grow its life sciences footprint, the Colorado Office of Economic Development and International Trade late last year approved $4.5M in job-growth incentive tax credits over eight years in return for proof of 240 new jobs created in the state.

Available lab space is one of the hurdles the Denver real estate market must overcome if it wants to ramp up the presence of life sciences companies. With 4.7M SF of lab space in the metro area, according to a report from Cushman & Wakefield, there’s very little to present to would-be tenants in the way of potential locations.

In fact, available lab space is “basically nonexistent,” according to Steve Billigmeier, a tenant representation broker at Cushman in Denver.

“For the most part, there’s almost zero existing lab-ready space,” Billigmeier told Bisnow. “There are a lot of landlords and developers trying to accommodate and provide supply, but it’s going to take some time to deliver.”

The choices are upgrading existing spaces through tenant improvement to meet their needs, or identify greenfield sites for build-to-suit property. Either way, it’s expensive, Billigmeier said.

“A new lab could be $300-$400 per square foot to build out. It’s very capital-intensive and costly, which is changing the dynamics of how deals are structured,” he said.

Genapsys selected an existing building in Westminster as its home base and is busy renovating it for its purposes. The company sought an open floor plan that it could gut and repurpose for its laboratory operations.

The 50K SF space is nearly twice the size of its Redwood City location. 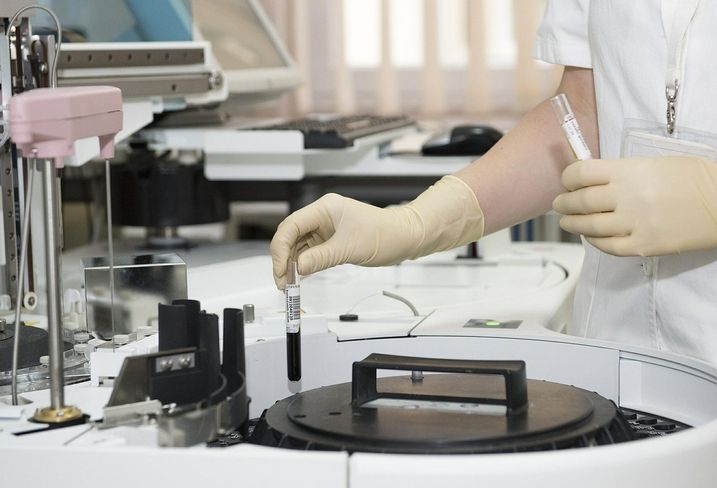 Pixabay/DarkoStojanovic
A chemist works in a laboratory.

Landlords with some experience having life sciences tenants are usually open to the idea of building the increased tenant improvement costs into a lease, Billigmeier said.

Tenants like Genapsys find what space they can and invest in making necessary improvements to meet not only their own needs, but often federal standards that dictate where new drugs and therapies can be developed.

Genapsys found a building that offered some turnkey benefits like generators and adequate server rooms, Stewart said, but to achieve the necessary functionality, the company must upgrade electrical and mechanical systems and add components like a wet lab.

Other companies are able to find new building shells that are ready and waiting for laboratory space to be built in. Beckman Coulter Life Sciences, an Indianapolis-based bioscience instruments manufacturer, chose to expand its presence in Loveland at a new building in the Axis 25 development that the company is customizing for its use.

Beckman Coulter Life Sciences had a presence in Loveland previously, but decided to expand its workforce there to continue capitalizing on relationships with nearby universities, Research and Development Director Michael Scaer said.

Close collaboration between universities and the industry is one of the pieces that must fall into place for life sciences to really take off as an economic force in Colorado, according to Pure Development's Morris. Pure Development is an Indiana-based company with a Denver office that develops advanced manufacturing facilities, among other project types.

Morris said that one of the keys to success begins with universities clearly defining a specific aspect of research they will pursue, then investing accordingly and creating a hub where researchers can focus on that specialty. That kind of focus helps investors and developers understand what kinds of space they need to build.

Genapsys will pull from talent pools created by the University of Denver, University of Colorado and engineering heavyweight Colorado School of Mines, Stewart said.

Incubators and venture capital have a part to play in developing Denver as a life sciences hub as well. There’s no specific order in which the pieces need to come together, but collaboration between all of the players is necessary. It’s a complicated chemistry, but Morris believes that Denver is figuring it out, saying that all of the parts are trending in the right direction.

That’s good news for brokers working to match up the current supply with the level of demand.

Life sciences is “the most active industry from a real estate perspective right now,” Cushman’s Billigmeier said. “I foresee it becoming a top five to 10 life science market over the next decade.”