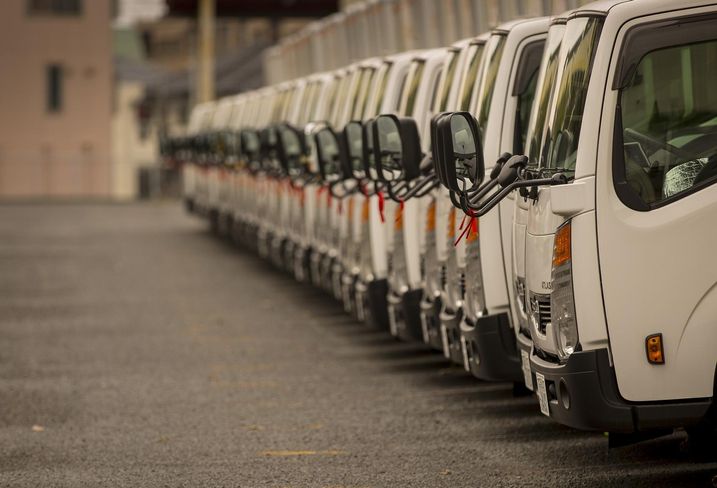 The Point, a two-building development at 8039 South Chambers Road, will be constructed in two phases, with completion expected in early 2023.

Last-mile distribution centers have surged in popularity as e-commerce companies and distributors have pushed for ever-faster delivery times in response to consumer demand. Last-mile warehouses are closer to the consumer, cutting delivery times and supply chain costs.

CenterSquare has developed last-mile facilities in other markets, and it has been in and out of the Denver market throughout its 30-year history, CenterSquare Managing Director of Private Real Estate Jeff Reder told Bisnow.

The site on Chambers Road presented a unique opportunity to get distributors closer to consumers and a labor pool at the same time, Reder said. The project site is located in the fast-growing southern suburbs of Denver and near the Denver Tech Center.

“Bulk distribution is all about churning product, and moving it in greater volumes,” Reder said. “Last-mile won’t have large tractor-trailers coming in on a daily basis. It’s servicing a local and regional customer base.”

Accordingly, last-mile buildings can be smaller. They can have lower clear heights and generally don’t have to accommodate as much traffic or product at one time.

Additionally, Reder said, there are only a few companies large enough to occupy the large bulk distribution centers that are increasingly common today. Sometimes reaching up to 1M SF, these buildings are often build-to-suit and are occupied by companies like Amazon and Walmart.

Last-mile centers, on the other hand, can cater to a broader swath of potential tenants.

But developing these kinds of facilities isn’t without its challenges.

These kinds of centers must be located closer to the end user than bulk distribution centers, which are typically located on the outskirts of major cities. So, to build a last-mile facility, developers have to find a large enough parcel of land, zoned appropriately, that is located near a suitable density of residents. In most cities, such sites are infrequent.

But as consumer expectations around delivery times change, these kinds of distribution centers will be in higher demand.

“As the needs of e-commerce evolve and modern tenants need new product, we’re either going to have to develop the new product or reposition the older stuff to meet demand,” Reder said.