Blue Origin Is Latest Space Company To Launch In Denver 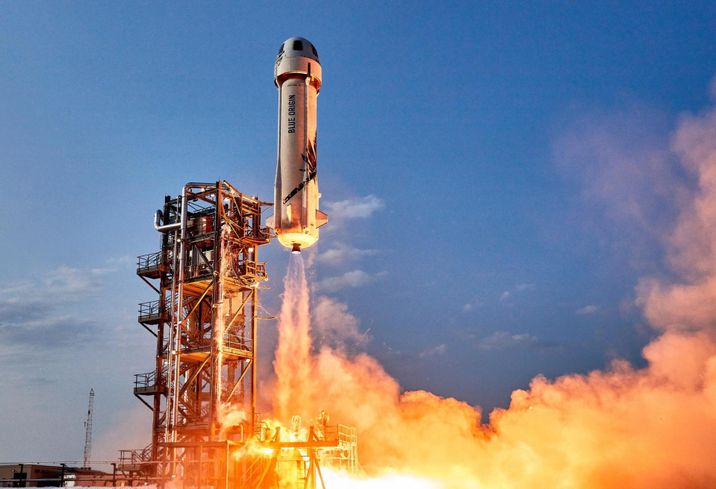 Blue Origin, the rocket and space company launched by Jeff Bezos, is the latest aerospace company to set up shop in metro Denver, taking two floors in a suburban office building to expand its footprint in Colorado.

Kent, Washington-based Blue Origin reportedly leased space at 8744 Lucent Blvd. in Highlands Ranch, with tenant improvements underway. The company began recruiting workers in Colorado earlier this year with the intention to open an office in the Denver area.

The company is growing quickly, fueled by Bezos’ wealth and astronomical aspirations, with offices in Phoenix, Los Angeles, and Washington, D.C., among others. With its Denver office, Blue Origin seeks to access the talent pool in metro Denver that already supports several large aerospace companies.

Ball Aerospace, Sierra Space, Northrop Grumman and Maxar Technologies are among the better-known aerospace companies with offices in the area, including the headquarters of Ball Aerospace in Boulder.

The sector grew by nearly 20% from 2014 to 2019, according to a 2020 report by the Metro Denver Economic Development Corp., with just over 30,000 private sector employees in the industry. Colorado’s aerospace industry is the second-largest in the country, behind only California.

State economic development officials aren’t taking their focus off the industry either. Earlier this month, the Office of Economic Development and International Trade said that it remained focused on growing the industry further, aiming to create even more well-paying jobs.

By locating in the southern suburbs, Blue Origin made a departure from the usual for aerospace companies coming to the region, which tend to locate in Boulder or other cities along the metro area’s northwest corridor.

The building where Blue Origin leased its space is a six-story, 203K SF property built in 2000, which, combined with its location, makes a more affordable and lower-profile choice that aligns with Bezos’ typical secrecy.