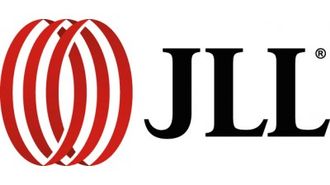 The shrinking availability of loans and growing hesitancy of lenders have not been the only factors making refinancing harder to obtain. Faced with growing application paperwork, peaking property values and lengthy loan timelines, the roadblocks to receiving a loan have only increased.

A softening market across some property types has not made the process easier. Several years after investing in building renovations or offering concessions to tenants to encourage leasing, owners are finding themselves overleveraged with their mortgages, and banks cannot get to the same loan value as they could a few years ago. Refinancing to take advantage of lower interest rates has become difficult.

Traditional lenders have less to give away. Dodd-Frank increased the amount required in loan loss reserves, taking away a larger portion of available capital for investment. JLL Finance Group Managing Director Baxter Fain has noticed a 10% gap compared to previous loan-to-value ratios.

The inability to refinance plays into a larger cycle. Attempting to recoup their losses, owners might attempt to sell their property. But a peaking market, particularly in multifamily, has made deals sluggish.

“Buyers feel like values are at a peak and are not being as aggressive,” Fain said.

For smaller property owners, many of whom have a large portion of their cash tied up in their property, playing the waiting game to sell could damage their livelihood. The timeline has extended for the loan process, and has become more complicated.

While waiting for the refinancing process, the loan might reach maturity. Depending on how long it takes to be approved, tenants might leave during the process, putting owners at a greater income deficit than before.

One way to quickly fill the loan proceeds gap is with private real estate funds. On the private lending side, non-publicly traded mortgage REITs have to comply with the securities offerings to their investors. The downside is that interest rates are often higher.

Fain said, at one level, bank hesitancy is part of a natural real estate cycle. What makes this downside challenging has been increased regulation like Dodd-Frank. Requirements like Basel III, which also addresses issues of capital reserves, liquidity and risk assessment, applies to every size banking institution.

“My hope is that the rules and regulations that Dodd-Frank requires for community banks to follow will be revised,” Fain said. "For smaller community banks, what you will see is that the cost of banks to comply with regulations is similar whether you are a $500M asset bank or a $2B asset bank. And what it is doing is really crippling what those banks can do in our communities.”

While revisions to Dodd-Frank remain a much discussed, albeit contentious, topic in Washington, for now the best solution is education.

“Getting involved with our clients, sooner rather than later, and laying down the groundwork in the beginning to avoid all of those surprises at the back end — that’s a big part of what we do,” Fain said.

JLL Denver
JLL (NYSE: JLL) is a leading professional services firm that specializes in real estate and investment management. A Fortune 500 company, JLL helps real estate owners, occupiers and investors achieve their business ambitions. In 2016, JLL had revenue of $6.8 billion and fee revenue of $5.8 billion and, on behalf of clients, managed 4.4 billion square feet, or 409 million square meters, and completed sales acquisitions and finance transactions of approximately $145 billion. At the end of the second quarter of 2017, JLL had nearly 300 corporate offices, operations in over 80 countries and a global workforce of nearly 80,000. As of June 30, 2017, LaSalle Investment Management had $57.6 billion of real estate under asset management. JLL is the brand name, and a registered trademark, of Jones Lang LaSalle Incorporated. For further information, visit ir.jll.com.
Confirmed! You are subscribed to the Bisnow Denver E-Newsletter.
Most Read Stories
More Top Stories
Bisnow Denver Newsletter
Bisnow Denver Newsletter