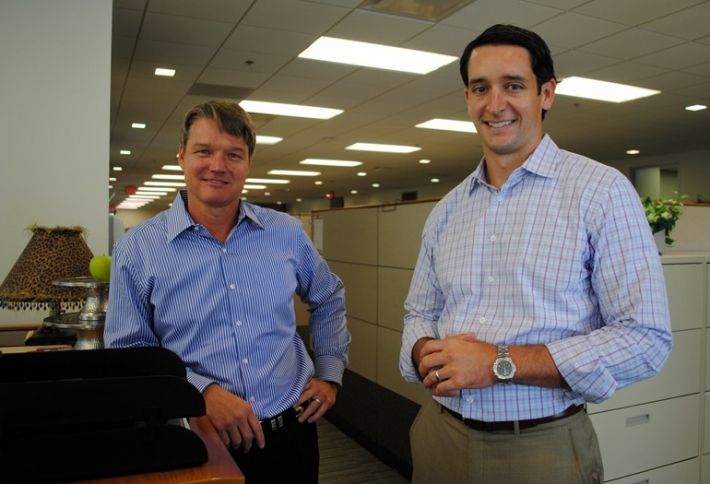 Mark (EVP and market leader) and Ryan (newly promoted to SVP today) tell us big box clients like JCPenney and Target often don’t need the sea of excess parking spaces that the cities require them to have. To generate income while disposing of the excess space, the duo is selectively selling pad sites to restaurants in the parking lots. It creates a symbiotic relationship between the restaurant and the retail giant, Mark says. Already, the duo have sold a Target pad site across from Quail Springs Mall in Oklahoma City to a Corner Bakery Cafe franchisee and it's under construction. Another site in Orem, Utah, is being developed for Taco Bell. There’s a lot of interest in these pad sites locally, too, he says.

2) A Big Bump in Auto Sales 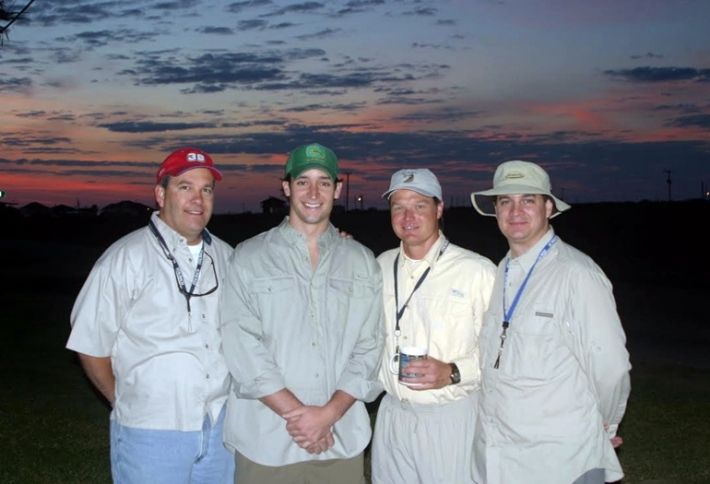 Hopefully those big boxes aren't giving away too many parking spaces. With the economic rebound, consumers are ready to buy new vehicles after putting big purchases on hold for a few years. The automotive industry is booming again and Ryan has taken the lead for a number of groups including Auto Nation and Asbury Automotive, among others. Definitely not in their cars here: SRS’s Steve Dawkins, Ryan, Mark, and Jason Puig on a fishing trip.

In the last year, America’s Best Contacts and Eyeglasses opened a dozen new locations across DFW, Ryan tells us, including stores in Hulen Shopping Center in Fort Worth, the Plaza at Rockwall, Trinity Valley Shopping Center in Carrollton, Rayzor Ranch in Denton, Grapevine Towne Center, and Pleasant Run Towne Crossing in Cedar Hill. He partners with Dawn Greiner on that account. And there's plans to open several more. PrimaCare was acquired by Nextcare last year and has Ryan and Mark looking for multiple new locations in the 4,500 to 5,000 SF range.