Uptown Dallas Is Like Studio 54: Everyone In CRE Wants In, But It's Getting Crowded

Uptown Dallas is one of the hottest office submarkets in the Metroplex, but it may soon be a victim of its own success as opportunities become harder to find. 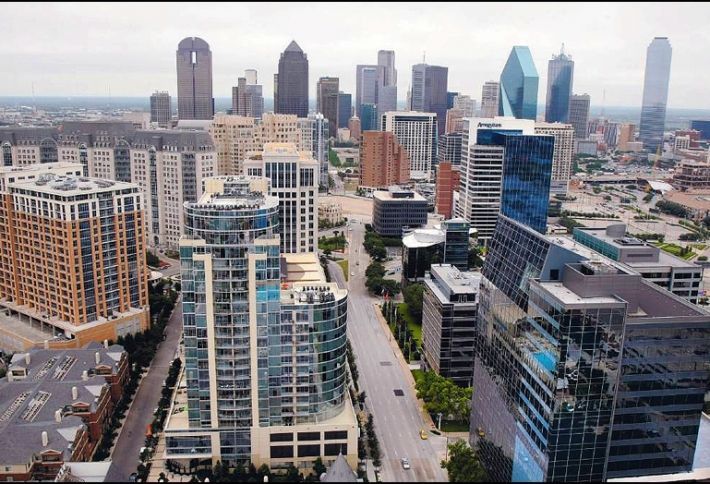 The Uptown Dallas-Turtle Creek submarket absorbed 450K SF of office in the past 12 months as property owners and investors raked in rents above $40 per SF on average, according to CoStar.

While CoStar shows this sought-after market with 748K SF of office under construction, Uptown's landlocked nature will eventually catch up to it, limiting how many ground-up construction projects are possible in the future, commercial real estate experts say.

“Uptown has always been [the place for] professional services firms — your accountants, your hedge funds, your financial firms and law firms," said Thirty-Four Commercial's Sarah Hinkley Kennington, who will be one of several Uptown experts speaking at Bisnow's The Future of Uptown Dallas event Dec. 5.

"But for the first time, we are seeing more consolidation. We are seeing some tech companies and more corporate-type tenants that are wanting to get a footprint in Dallas."

These firms are scouring Uptown and surrounding areas for new or redeveloped premier office buildings. Hinkley Kennington doesn't see space running out any time soon, but she does view the area as landlocked overall.

"Between Hillwood, Kaizen, KDC, Granite and Harwood, there are still a lot of active developers, so we will see a healthy supply over the next cycle," Hinkley Kennington said. But, she admits, "We will eventually run out of land sites because we are an urban area ... surrounded by highways."

Uptown-Turtle Creek has 17 vacant lots totaling 17 acres zoned for office use, according to CoStar Director of Market Analytics Paul Hendershot.

"The bottom line, there is not a lot of space for new construction in this submarket," Hendershot told Bisnow. "The fact that it's landlocked, there are really not that many opportunities to build new spaces. We may see some of the older properties either renovated or even torn down to build new spaces."

Granite Properties is a real-life example of this hold-and-develop strategy in Uptown. The company purchased three low-rise buildings in the Uptown area in 2011 and plans to transform the site into a top-tier office product within the next three years.

"It's currently called Cedar Maple Plaza," Granite Properties Senior Managing Director Will Hendrickson said. "We've already been through the entitlement process, and we are now in the process of winding down the current leases we have in place."

Once the leases run out, Granite will launch construction in the first quarter of 2021, creating a new office product with 17K SF for restaurant development.

“When you look at the size of our site ... the square footage that is currently in place, it’s an obvious play to add density," Hendrickson said. "That is why we have been so focused on it. I think as land becomes more scarce in Uptown, you will see additional sites that get repurposed or get razed and redeveloped over time.”

Hillwood Urban is perhaps one of the strongest players in and around Uptown. The company still has several key sites to work with from its land at Field Street and Woodall Rogers to its nearby development of Victory Commons in Victory Park. Hillwood Urban also owns acreage at Cedar Springs and Turtle Creek, where it is planning a 350K SF office project.

Even though Hillwood Urban made its Uptown-Turtle Creek land investments early on, Senior Vice President Walt Zartman sees redevelopment of existing buildings as the area's future.

"The things you see going on now [in Uptown] are a lot of redevelopments," he said. "Can you get a hold of a site? It may have an income-producing property on the site currently, but the site itself will allow for redevelopment and increasing its density. That is definitely what we see going on. It probably will continue to go on probably because of the fact that there just are not many sites available within Uptown.”

For property investors who can afford to play in the Uptown area, it is the safest bet in terms of returns, Hendershot said in recent market reports.

The area boasts top office rents of $40 per SF and a rental growth rate of 4.5%, compared to Downtown Dallas, which has average rents hovering at $25.50 per SF, according to CoStar.

For this reason, Hendershot said "outside investors will continue to look at Uptown as the premier place to put their money in Dallas-Fort Worth."