The Bids Are In: Review The 3 Groups Vying For Fair Park 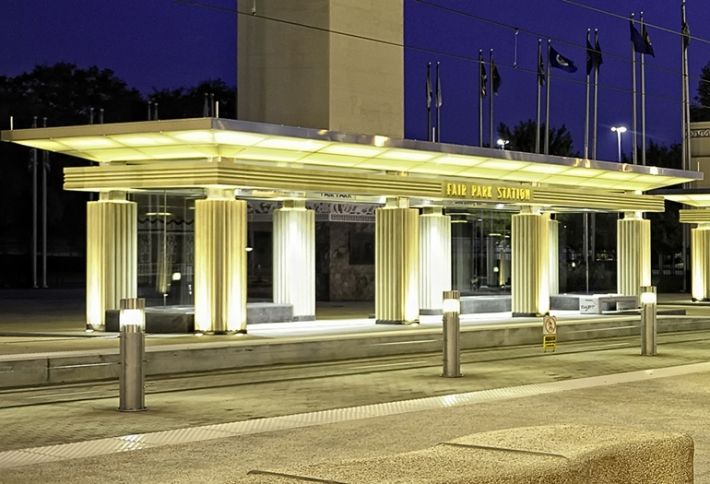 Since the City of Dallas opened up bidding for the management of Fair Park, only two entities — Walt Humann’s Fair Park Texas Foundation and Monte Anderson’s Oak Cliff Foundation — have shown interest in taking control. Last Friday was the deadline to submit proposals, and a third group entered the race in the final hours.

While the city looks for a third party familiar with parks to evaluate the submissions (it'll hire one in February to take hard proposals of each bidder's exact management plans), here’s a quick look at the three groups that will vie for control of 277 acres of city-owned fairgrounds.

This is the one that started it all. The public private partnership suggested by Walt Humann asked for $20M annually in taxpayer funding over the duration of the 20-year contract to control, maintain and regrow Fair Park. The foundation has already named a board of trustees and advisory board, thinking for about a year that it would be the only contender to take over the park.

Developer Monte Anderson’s partnership was the second group to submit a viable plan to rescue Fair Park and it doesn't mandate millions in taxpayer cash (unlike Humann’s plan). Anderson has a track record with the flipping of the Belmont Hotel, Texas Theatre and many Oak Cliff properties under his belt. He has been a critic of Mayor Mike Rawlings’ Grow South initiative and has championed the so-called “gentlefication” of South Dallas by slowly flipping one property at a time. Major players such as Dallas Summer Musicals' former president, Michael Jenkins, and urban planner and DART board member Patrick Kennedy are involved in this partnership.

The real estate juggernaut that needs no introduction has partnered with nonprofit In the City for Good and Spectra, an arm of Comcast. The former benefits South Dallas with education and hunger alleviation services. Biederman Redevelopment Ventures (which might ring a bell from its role in Klyde Warren Park and Bryant Park in Manhattan) is also part of the partnership. Spectra’s involvement might seem like a wild card, but it manages concession services at things like (you guessed it) amusement parks, fairs and events. Spectra is also a sister company of Universal Parks & Resorts.