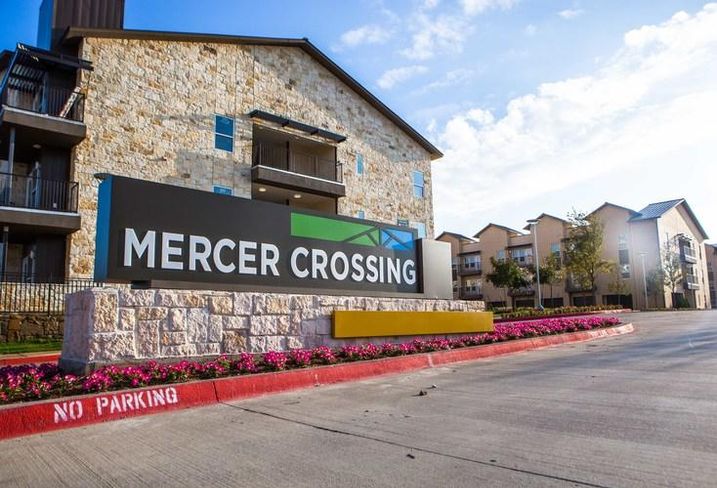 In what is likely the largest multifamily transaction to close in Texas so far in 2017, Provident Realty Advisors sold Farmers Branch’s Mercer Crossing Apartments to MLG Capital.

“I’m not aware of another property that has traded for a higher dollar amount than this property,” Barings Multifamily Capital Director of Origination Sam Jones said. Jones and Barings Executive Managing Director Larry Sneathern secured financing for the new owner.

The terms of the deal were not disclosed. The Class-A garden-style property delivered 509 units in two phases within the last three years. Dallas-based Deverick & Associates secured the buyer off-market.

“We’ve watched [MLG] close and we knew they were in the market for strong Class-A developments with long-term potential,” Jordan said. “Provident had a bunch of other assets coming into stabilization, so I saw a prime chance to get the deal done.”

The seller has several other developments in its pipeline, including Preston Hollow Village and Midtown Park.

Barings secured a 10-year fixed-rate loan with five years of interest only through Freddie Mac’s lease-up program. The program allows borrowers with a long-term focus to lock in a low fixed rate for 10 years after one year of stabilization.

The property delivered in two phases in close succession, causing some cannibalization and distress in leasing, Jordan said. The project is now 90% leased.

“This is a unique product within Freddie Mac,” Jones said. “They’re careful with the assets they sponsor and in what submarkets. Freddie Mac highly tailors it to what the borrower needs, so it’s a creative solution.”

MLG put the property under contract in mid-March and closed on June 29, Jordan said.

CORRECTION July 10, 11:48 a.m. ET: An earlier version of this article incorrectly portrayed Freddie Mac's lease-up program. The rate is locked in from the date of stabilization rather than securitization.