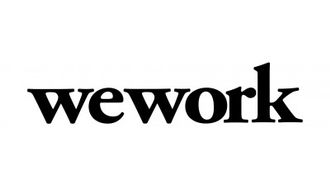 Dallas Companies Have Left For The Suburbs. City Planners Are On A Mission To Bring Them Back

The suburbs can offer what city life can’t: more space, less traffic and more affordability. As the workforce moves to the suburbs to find more accessible living options, companies have followed, setting up offices close to their employees.

In Dallas-Fort Worth, several companies have moved to nearby suburbs like Frisco to capitalize on a strong workforce and more space. Closer to the urban core, planners are making strides to win the workforce back. A heightened focus on public safety, smart growth initiatives and innovation is beginning to drive companies back to the city.

The American economy is changing. Tech and media industries are redefining the way people consume and digest information. Over 600,000 American businesses are involved in the creation and distribution of the arts. The creative workforce produces the fuel of the global economy, and companies are catching on.

To promote creativity in businesses, developers within the Dallas-Fort Worth area have begun investing in spaces where people can share ideas. A combination of mixed-use developments and a commitment to emerging creative office trends has drawn more tenants to the Uptown neighborhood. While several large companies have moved their HQs to the suburbs, they have kept a separate innovation arm in the city center. In 2016, when Toyota built its North American HQ in Plano, its New York-based advertising agency Saatchi & Saatchi expanded into Uptown Dallas. The company could have landed in Plano, but decided to open its DFW branch in Uptown Dallas to attract a growing, creative workforce. Saatchi & Saatchi leased over 50K SF of office space in the McKinney & Olive Tower.

WeWork also recently moved into 1920 McKinney. The coworking company came to Uptown Dallas hoping to draw in a demographic of tech-savvy and creative millennials.

“We have seen several tech and media companies, as well as freelancers, come to Uptown Dallas to embrace the sharing economy,” Uptown Dallas CEO Noelle LeVeaux said. “A new generation of tech-savvy individuals is choosing to work and live in the city’s business districts.”

More developers and urban planners in DFW are beginning to realize that when it comes to placemaking, it is no longer enough to create a great place to work. They need to build communities where people also want to live and play.

In Fort Worth, developers are working toward creating a community space that brings retail, entertainment, residential and office assets together. In southwest Fort Worth, the Shops at Clearfork on 27 acres in Edwards Ranch offers studios, loft apartments and townhomes. It is also home to two buildings with Class-A office space situated above ground-floor retail. The Plaza, a community park, features a public art program with curated work throughout the property and hosts activities year round.

“Community is a cornerstone of our philosophy,” The Shops at Clearfork Director of Marketing and Business Development Monica Esparza said. “I hope that the environment we have created fosters collaboration amongst all our tenants.”

A Smart Approach To Improving Infrastructure

In an effort to keep attracting corporations to these urban areas, developers are working with local authorities to improve transportation and infrastructure. In Downtown Dallas, the city is developing several smart city initiatives. A coalition involving stakeholders from the city of Dallas, various corporations, civic and nongovernmental organizations and academia has joined forces to make Dallas a globally recognized smart city. IBM, Deloitte, Downtown Dallas Inc. and United Way are just a few of the companies and organizations involved in the Dallas Innovation Alliance. Among the alliance’s initiatives are promoting open data, increasing sustainability and energy efficiency and improving wireless connectivity throughout the city.

To make Dallas more attractive to a millennial workforce, the city has introduced plans to make its streets more accessible. The city is working to implement bike-share and electric scooter programs and improve the DART public transit system. The city is also working to increase ridership on the free McKinney Avenue Trolley by expanding service from Uptown Dallas to Downtown Dallas. Dallas has traditionally relied on cars and driving, but the uptown and downtown districts have begun to shift toward ride-sharing and walkability. Several main roads are becoming more walkable, and the city is seeing more people use ride-sharing apps like Uber and Lyft to get around. By investing in new technology the city hopes it can bring people to work and live at its core.

“As Dallas prepares for a future accessibility and automation, the city is weaving technology into all these efforts,” Downtown Dallas Inc. CEO Kourtny Garrett said. “To attract and retain an innovative workforce, we need to build and plan with the future in mind.”

Take the first step toward elevating your workspace. Book a tour at any of DFW's four WeWork locations today.

This feature was produced in collaboration between Bisnow Branded Content and WeWork. Bisnow news staff was not involved in the production of this content.

WeWork
WeWork is a global network of workspaces where companies and people grow together. We transform buildings into dynamic environments for creativity, focus, and connection. More than just the best place to work, though, this is a movement toward humanizing work. We believe that CEOs can help each other, offices can use the comforts of home, and we can all look forward to Monday if we find real meaning in what we do.
Confirmed! You are subscribed to the Bisnow Dallas-Fort Worth E-Newsletter.
Most Read Stories
More Top Stories
Bisnow Dallas Newsletter
Bisnow Dallas Newsletter