Dan Biederman, the New York park expert credited with turning New York City's Bryant Park from a crime- and drug-infested location into a 7-acre jewel, has remained under the radar, but you know his work.

Biederman and his New York-based company, Biederman Redevelopment Ventures, had a significant role in activating Dallas’ wildly successful Klyde Warren Park. Much of what Dallasites see and do at Klyde Warren — the deck park over Woodall Rodgers Freeway that connects Uptown and Downtown — was envisioned by BRV.

Now Biederman’s consultancy is up for the challenge of a lifetime: activating the city’s 277-acre Fair Park. 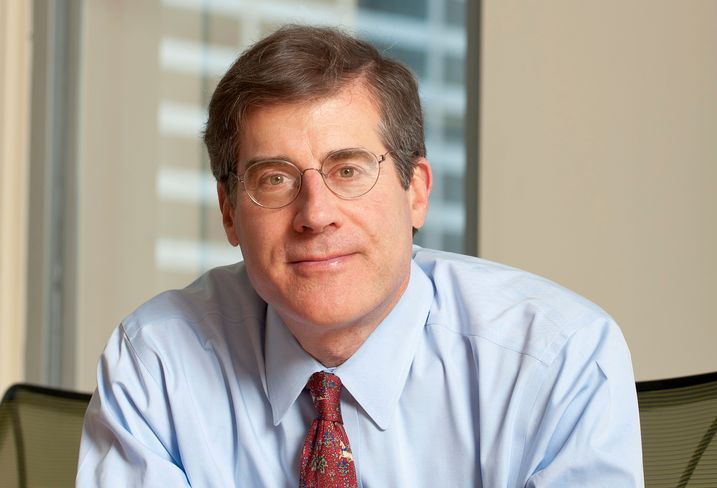 BRV is part of a consortium that hopes to remake the home of the State Fair of Texas into a year-round attraction. The consortium is led by newly created nonprofit Fair Park First and includes Spectra — one of the nation's leading management and hospitality companies — which will privatize operations for Fair Park in a 20-year contract that begins Jan. 1. The Dallas City Council unanimously approved the contract in late October.

The consortium will work to optimize the cultural, educational and sports facilities at Fair Park to bring people into the park. It is home to the State Fair of Texas, which attracts more than 2 million visitors during its one-month run each fall. But beyond the fair, the grounds are mostly dormant for the remainder of the year.

A National Historic Landmark and the site of the 1936 Texas Centennial Exhibition, Fair Park is well-known to Dallas-Fort Worth residents. It is home to the Cotton Bowl Stadium and contains the world’s largest collection of Art Deco exhibit buildings, art and sculptures. The park also includes the Children’s Aquarium at Fair Park, the African-American Museum, Texas Discovery Gardens, Music Hall at Fair Park and the Women’s Museum.

The board that oversees Klyde Warren Park originally found Biederman as it traveled around the country several years ago looking for ideas for the development and activation of the deck park.

“They interviewed us in depth in New York,” Biederman said. “They were very conscientious and very nervous, and they thought the park would open and no one would come.” Besides programming, Biederman’s company assisted the park board during a roughly six-year period with a variety of tasks, including budgeting, hiring staff, advising on establishing a restaurant at the park, and sponsorships and fundraising. 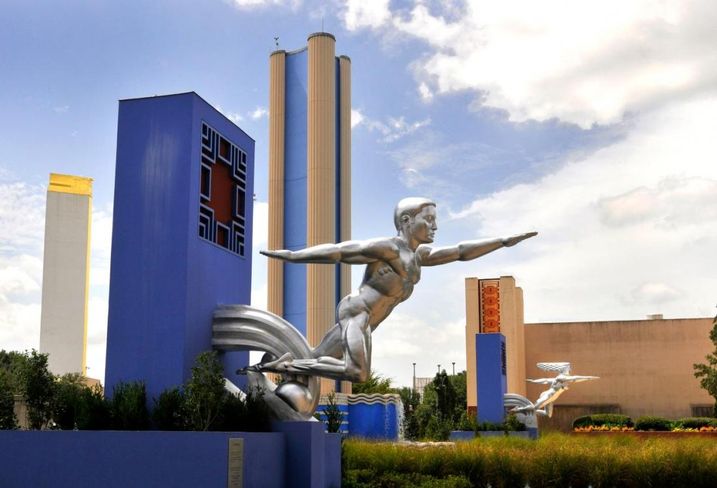 There were some surprises during that time, Biederman said. When Biederman talked about encouraging people to walk to Klyde Warren Park, philanthropist Sheila Grant, wife of Woodall Rodgers Park Foundation Chairman Jody Grant, piped up.

“She said, ‘Dan, do you know what the walking radius is for people in Dallas? It’s about 75 yards … we drive everywhere.’”

Still, once Biederman and others working on Klyde Warren Park created a reason for people to walk to the park, they started to do so, he said.

It was through his work at Klyde Warren that Biederman initially met Willis Winters, the Dallas Park and Recreation Department director. The two had some initial conversations three or four years ago about how BRV might potentially help Fair Park, Biederman said. Those initial conversation never progressed after Mayor Mike Rawlings sought a sole-source deal to manage the park.

But division on the city council over the deal dragged on for about two years. A legal ruling that the proposal to run Fair Park should be part of an open bidding process ultimately brought Fair Park back to BRV’s attention. 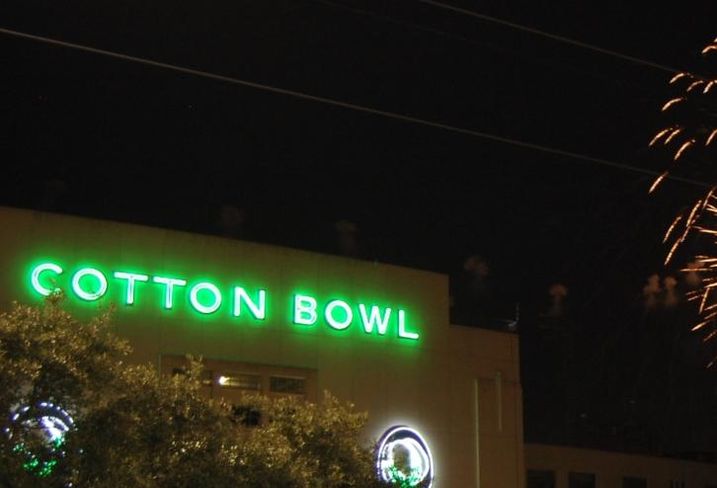 Terry Kittleson, president and CEO of In the City for Good, a nonprofit that helped assemble the consortium that won the Fair Park management contract, said he first met Biederman about a year and a half ago in Dallas, and then went to New York City. The two spent about four hours at Bryant Park, located behind the New York Public Library's main branch. About 4,000 people were mingling in the park at the time.

“There are a lot of homeless that hang around there, and rather than exclude the homeless, he did things to attract the non-homeless,” Kittleson said. “He focused on bringing in people in who were part of the community.”

Programming at Bryant Park includes a popular skating rink in the winter, chess, checkers, juggling and other activities and restaurants. Dozens of charging stations and available WiFi allow for connectivity.

“I liked him from the beginning and over time I’ve gotten to like him even more,” Kittleson said of Biederman. “He’s a genuine guy and I trust him completely and that is after a year and a half of working with him.”

Biederman said he will start on a small canvas within the 277-acre Fair Park by creating a a 6- to 8-acre park comparable to Klyde Warren, which opened in 2012 on 5.2 acres. The Woodall Rodgers Park Foundation just announced plans for a $76M, 1.2-acre expansion of Klyde Warren that will include a 20K SF pavilion. 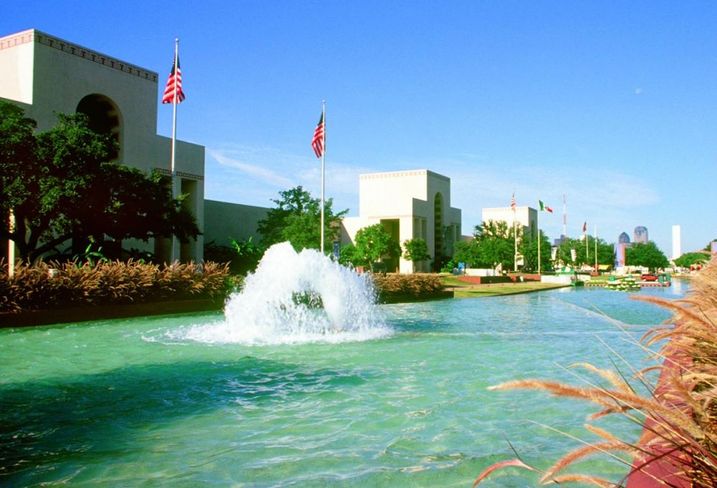 The timeline for the initial park inside Fair Park calls for it to be open by 2021. The consortium will begin by going back out to the community for additional input before designing the park and deciding on its programming. Initial work will be funded with city bond funds. The team will also begin work on a broader master plan for the entire park.

“It’s a big challenge but it has some advantages,” Biederman said. “First of all, it’s easier to draw people to a public space in healthy top 10 markets, and Dallas is the fifth-largest market in the country.”

BRV actually considers Dallas an even stronger market than the top five due to strong philanthropic support of the city’s arts district, the UT Southwestern Medical Center and Klyde Warren Park, among other institutions and causes, he said.

“Second, [Fair Park] has some real famous brands like the Texas State Fair, the Cotton Bowl, the museums and Dallas Summer Musicals … to make the park prominent in the minds of people in the Metroplex,” Biederman said. “Those are all the good things. The bad thing is that it is mostly empty when the fair isn’t on. There is no tradition of going there for recreation with your family. That is the struggle: to reorient everybody to this being a place that is critical to your week.”

Fair Park is more removed from dense neighborhoods. It doesn’t have high-rise condos or apartments in the vicinity like Klyde Warren does, so getting there will be a challenge with the exception of nearby residences.

“We certainly want people from nearby residences to walk over to the park, and we want to give them a reason to do so,” he said. On weekends, the hope is that people from other suburbs will make the drive over to Fair Park as they have with Klyde Warren, which will be made easier by the plentiful parking at Fair Park.

“If there are things to do, they will find it,” he said.