They’re brokers and developers on weekdays, but by the weekend, you can find these Type-A personalities donning ball caps and Cowboy hats as they hop on the tractor to check out the back 40. This is the second in a three-part series on DFW real estate pros who head to the ranch every weekend. 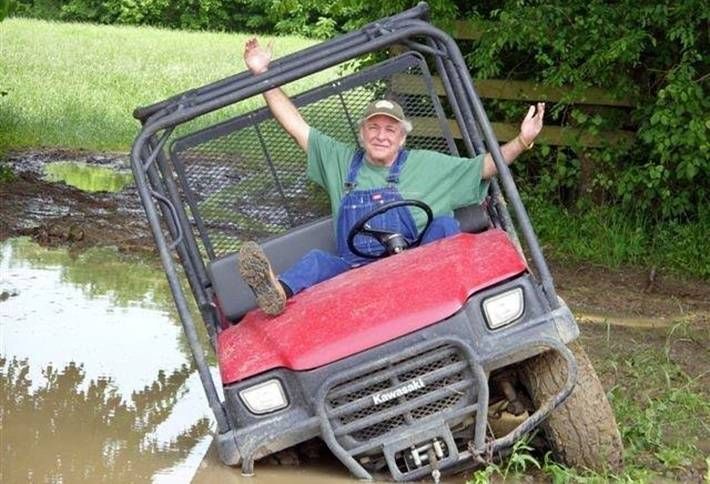 Novus principal Robert Grunnah has spent most of his real estate career buying and selling land, so in the mid-'90s, he thought he’d might like to have his own. He was already raising thoroughbreds and stabling them on leased land, he tells us. So, he spent about two years looking for something close to DFW. He went east for the rainfall and found terrain more like Kentucky than Texas for his first 100 acres. He’s raised thoroughbreds to race for 25 years, the last 18 on the Pharme (his ranch’s name) just north of Edgewood in Van Zandt County. The property is now 250 acres with a large house, service buildings, barns, and other horse-related improvements. He also has vegetable gardens, which he says yield the best asparagus ever, along with rose and flower gardens and an active equestrian operation. He bails and sells coastal hay, as well. He enjoys the hands-on, visually productive pursuit, which is vastly different from real estate deals, he tells us. 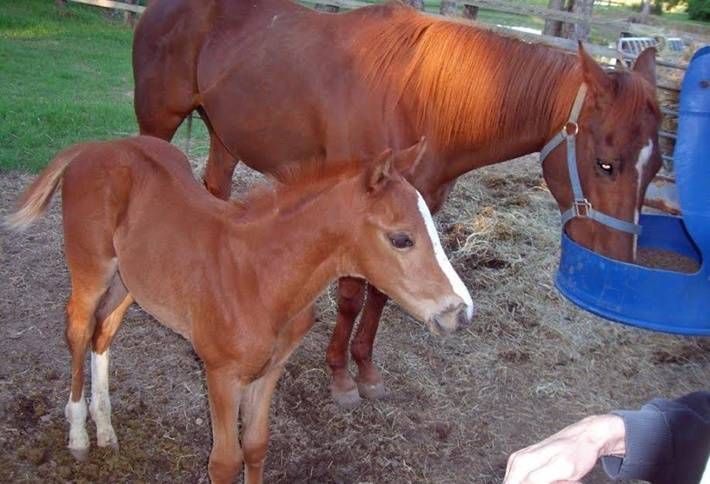 The Pharme is a cradle-to-grave operation for horses with brood mares, foaling, infant care and initial training. Robert’s team races under the stable name Pharme Racing LTD with a fair share of success and disappointment, he says. He’ll have three horses at the track next spring, Pharme’s Pholley, Pharme’s Soul and Pharme’s Song. Having a horse they bred and foaled in the winner’s circle makes it all worthwhile, Robert says. He’s at the ranch at least two weekends a month and more in the fall and spring. He tells us the land is rolling and 60% forested with native trees and 40% coastal pasture. Robert built a six-acre lake in the backyard and swears the fishing is excellent. He has an indispensable manager who works with him, and they’ve created a park-like environment inviting to a variety of wildlife including deer, waterfowl and varmints of all categories. Robert’s three Anatolian Shepherds, Phrog, George and the new puppy, Daisy Mae, maintain a strong varmint eradication program, he tells us. 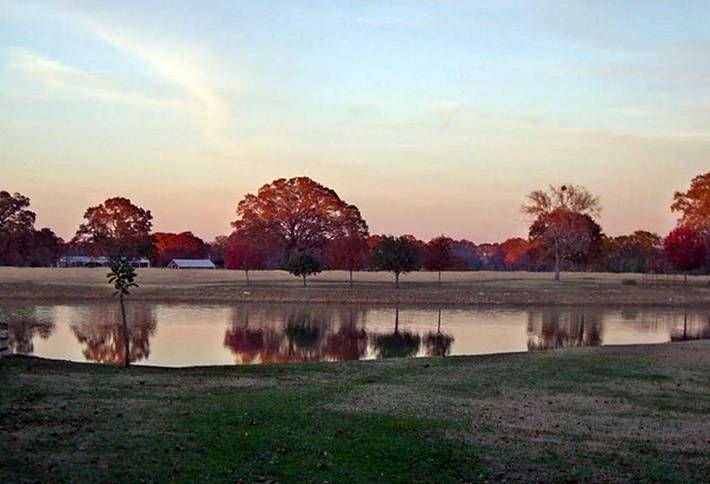 Robert is approaching the one-year anniversary (along with Sam Kartalis) for starting Novus, after years at Henry S. Miller. Robert tells us about five or six years ago a 200-acre tract close to his farm came on the market and quickly sold to a mysterious buyer. Extensive improvements were built and a sign went up for Orchard Trails, An Adult Couples Resort (that’s the PC phrase for a nudist community). It has apparently become quite a success if the music reaching its way to The Pharme is any indication, he says. 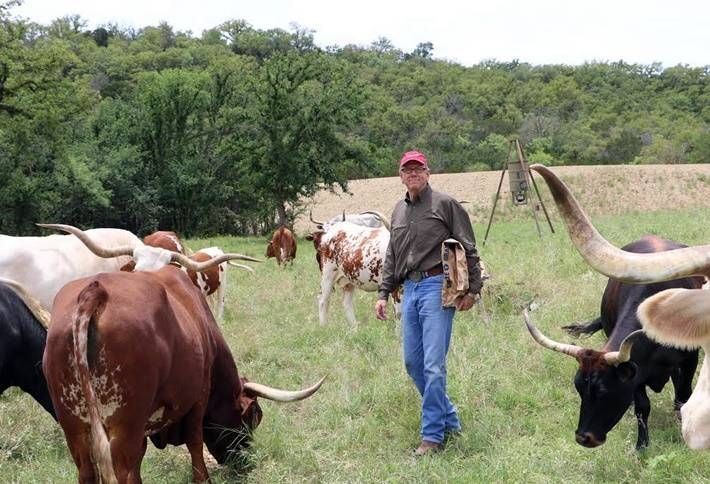 As CEO of both Hodges Architecture and Hodges Development, Charles Hodges finds ranching a relaxing pastime. He tells us the Hodges family has been ranching in Texas since the late 1800s, when the homestead was founded in Stephens County, north of Ranger. He began acquiring and building his ranches, Esperanza Ranch Land Holdings in the late 1980s. Now, he ranches in Palo Pinto, Callahan, Dickens and Kent counties and totals a little more than 5,000 acres. He raises purebred longhorns and quarter horses at Palo Pinto near Santo, longhorns in Callahan County near Baird, and beef cattle in Dickens and Kent counties near Spur. 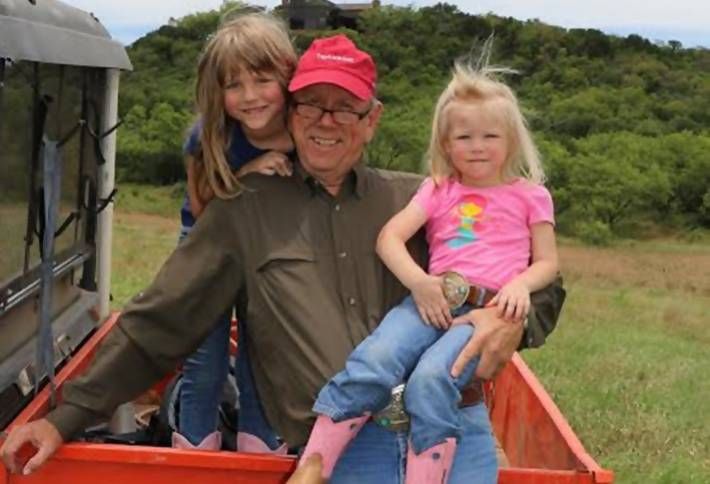 Charles (here with granddaughters Abby and Annabel) says ranching is a wonderful contrast to life in real estate and architecture. His family is at one of the ranches almost every weekend working cows and breaking new horses (six were purchased this year). He laments that he’s getting a little old to get bucked off too often, but enjoys working to improve the ranches and be a good steward of the land. As his company continues to design and develop new retail and entertainment projects nationally, he’s moving into the design and development of a new cutting-edge campus for assisted living and memory care for Tribute Senior Living in Prosper. With everything he has going on business-wise, he says he’ll need a lot of quality ranch time. 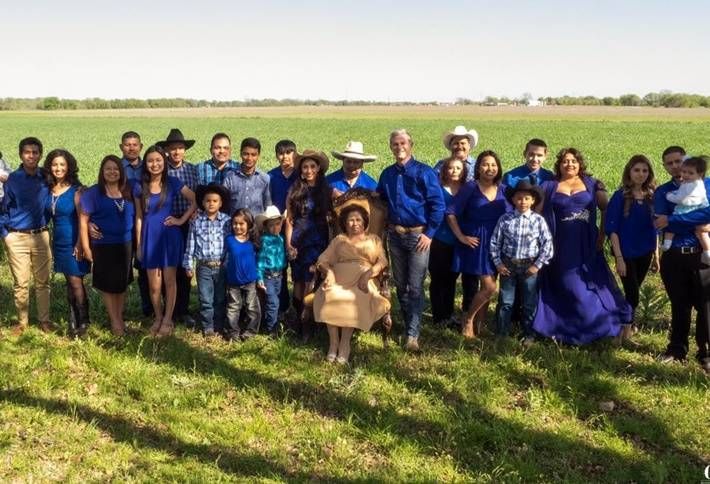 Jim Lake Cos CEO Jim Lake and VP Amanda Moreno-Lake are not only married and work together, but they have their own ranches, too. Amanda has two ranches across 16 acres in Waxahachie. For her, it’s a second home where she can get some peace. She enjoys cooking every morning for her extended family (including a brother who shows up with eggs and chorizo at 7am). You can find her at the ranch every other weekend and other times in the City of Waxahachie, where she and Jim are working to redevelop a number of properties around Downtown. 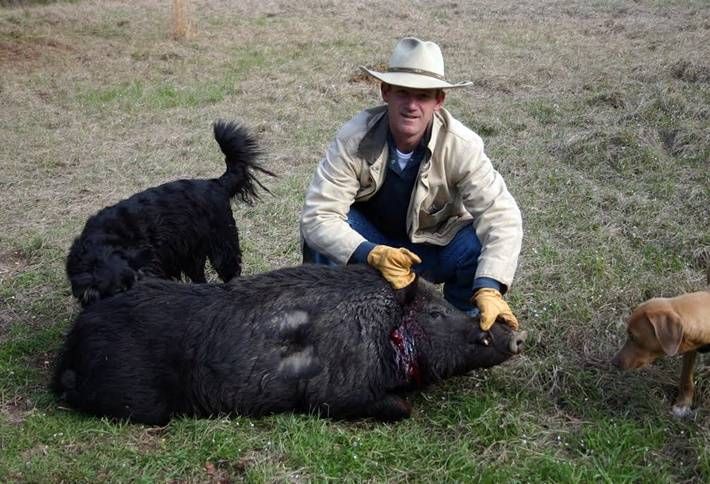 Jim’s ranch, which he’s had since 2006, is about 85 acres near the Franklin/Titus county line. For Jim, it’s more recreational than a true farm with two houses, three fishing ponds and mostly mature timber. It’s also home to an abundance of hog and deer. (One fewer hog after this photo.) Jim says he mostly enjoys fishing, cutting wood and a cold beer on his back porch overlooking a pond. Across the street is an exotic ranch, which is fun to visit with the kids to feed a baby kangaroo or camel or just hang out with a giraffe. Farm life isn’t foreign to Jim, he tells us, having grown up on the family farm near Monticello, just outside of Mount Pleasant. Jim tells us in addition to the redevelopment in Downtown Waxahachie, the company recently acquired the Ambassador Hotel, the first luxury hotel in Dallas, with plans to redevelop the property to its original splendor.