It’s a big day for Hall Financial Group. The final steel beam will be hoisted (with an Evergreen tree and an American flag) to the top of the 18-story KPMG Plaza at Hall Arts in downtown Dallas at its topping out ceremony. (Are they going to decorate the tree before they hoist it up, or go up there at Christmas time to do it?) 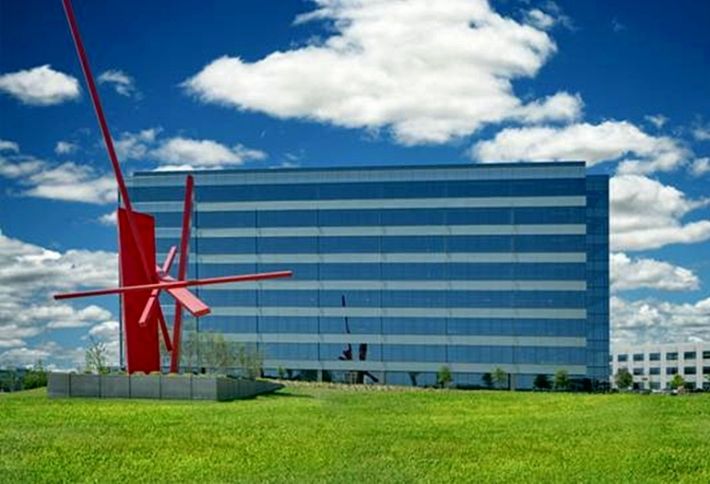 Two tenants also inked leases in the new eight-story, 200k SF office building at Hall Office Park in Frisco. (That's a week's worth of deals in two days; take the rest of the week off, team.) Imagine Communications Corp and The Botsford Group leased a combined total of 30k SF at 3001 Dallas Pkwy. It’s the 16th building in the office park immediately south of Warren Parkway and the future Dallas Cowboys HQ and practice complex. ICC signed a full-floor lease (third floor) totaling 25k SF for its corporate HQ. The other tenant is taking 5k SF on the first floor. 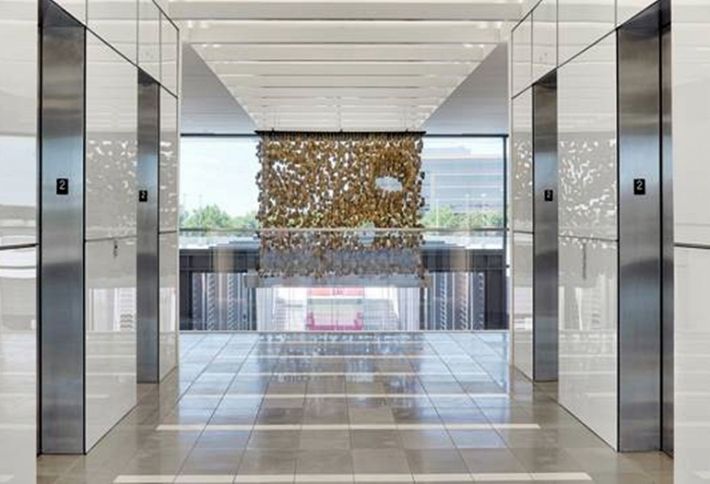 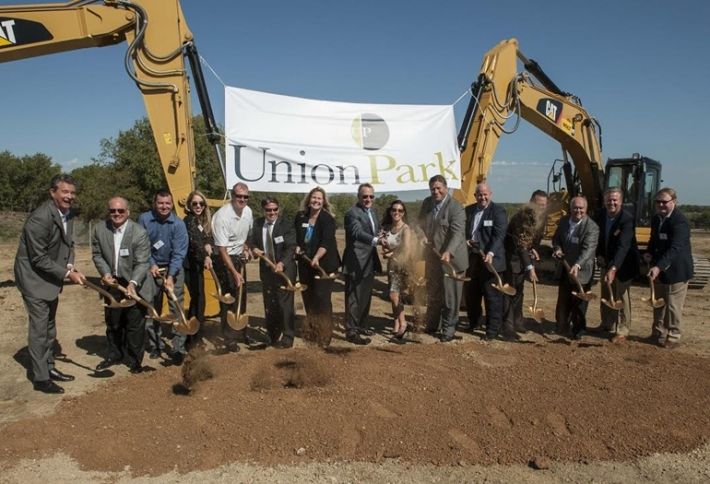 KDC, along with Invesco Real Estate, will break ground today on a 12-story, 150k SF office at 1920 McKinney Ave in Uptown Dallas. The Class-A office building will feature six stories of boutique office space on top of a six-story parking structure with 8,500 SF of ground floor retail and restaurant space. Construction on the office tower is scheduled to begin in the coming weeks with completion scheduled for '16. BOKA Powell is the project architect, JLL is leasing the office space, and The Retail Connection is responsible for ground floor retail leasing. 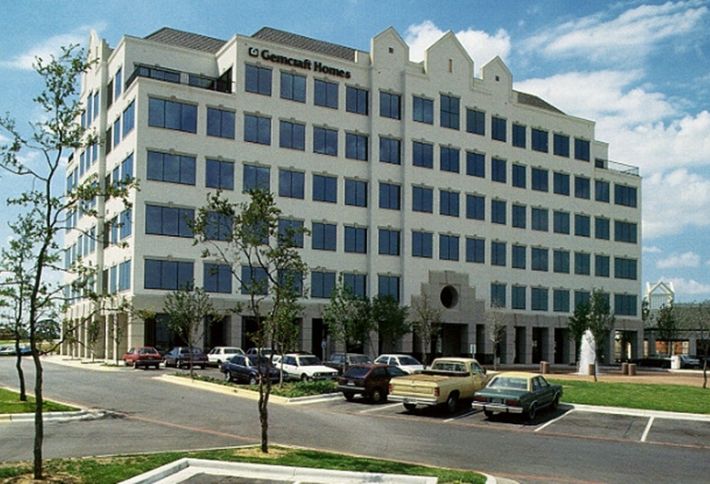 An LLC purchased a 14k SF Walgreens on 1.83 acres of land at the hard corner of North Tarrant Parkway and Davis Boulevard in Fort Worth. Marcus & Millichap’s Vincent Knipp and Chance Hales repped both buyer and seller (another LLC). 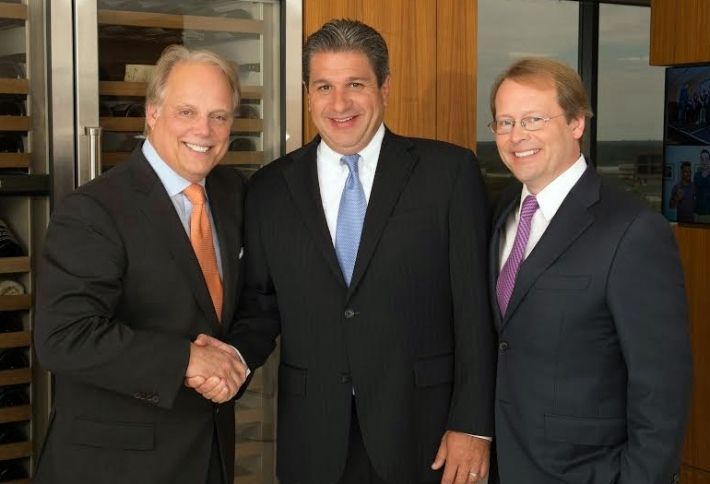 UCR Dallas promoted Dan Shoevlin (center between UCR prez & CEO Mickey Ashmore and UCR Urban prez & partner Jack Breard) to partner. He joined UCR in January 2009 and has been a top 10 producing broker consistently. In February, UCR awarded Dan its highest honor, the Jean Smith Service Award, for his exceptional leadership and service to the firm.

Adam Sumrall and Kevin Watson joined Legacy Capital Co to help identify and source new investment opportunities. Adam comes from Rosebriar Properties where he was president. Kevin comes to Legacy from Stratford Land, where was the chief investment officer.

Thirty-year veteran Wayne Burgdorf of Burgdorf Realty Group joined Coldwell Banker Commercial Alliance DFW as VP, where he will incorporate his firm into CBC Alliance operations. He is bringing a portfolio of 30 sales listings for more than 400 acres and several lease listings for office and industrial space.

Berkadia Commercial Mortgage hired Chris Pollard as a VP. Most recently, Chris served as a director with LMI Capital, where he also managed the company’s Dallas office.