Carrolton-based Standridge Cos, led by principals Stacy Standridge and Tommy Crowell, purchased the 87k SF Windhaven Park neighborhood retail center at the northwest corner of Windhaven Parkway and the Dallas North Tollway for $16M. (Spray tans for everyone!) 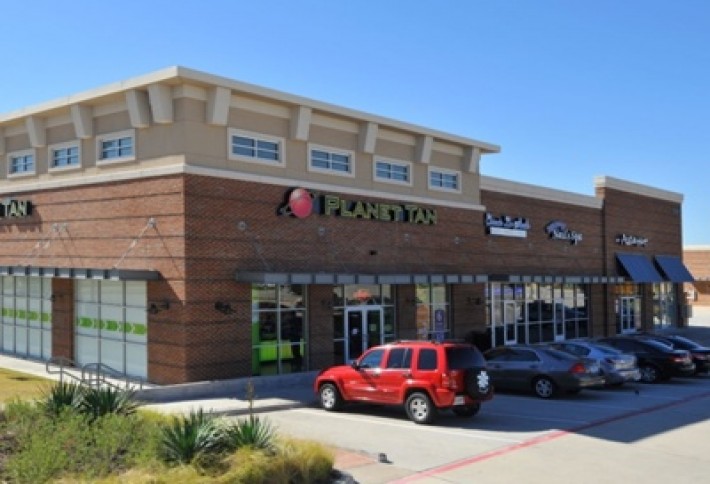 Metropolitan Capital Advisors arranged the financing package, which included a senior mortgage, mezz loan, and JV equity partner. Currently 60% leased to various medical and retail tenants, the property was purchased in an off-market transaction by the Carrolton-based firm. Standridge has hired both Venture Commercial and Search Commercial to co-list the leasing of the center for both retail and medical tenants. MCA senior directors Sunny Sajnani, Todd McNeill, along with principal Scott Lynn arranged the senior mortgage through a local bank, a mezz loan through a private fund, and JV equity through a local family office. 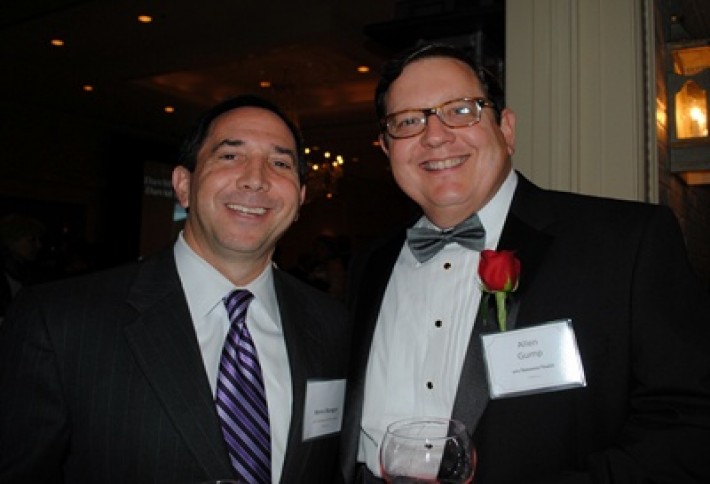 Colliers International EVP Allen Gump (right, with CBRE first VP Steve Berger, who was named NAIOP Industrial Broker of the Year this morning) was elected to a four-year term on SIOR's national executive committee as VP in 14, president-elect in 15, prez in 16, and immediate past prez in 17. Hes previously served as a member of the board of directors and the executive committee, speaker of the council of chapter presidents, and 2011 SIOR Foundation prez. The last national officer for SIOR from the North Texas area was in 94, when The Baldwin Co (later becoming Colliers International) founder Peter Baldwin served in that role. 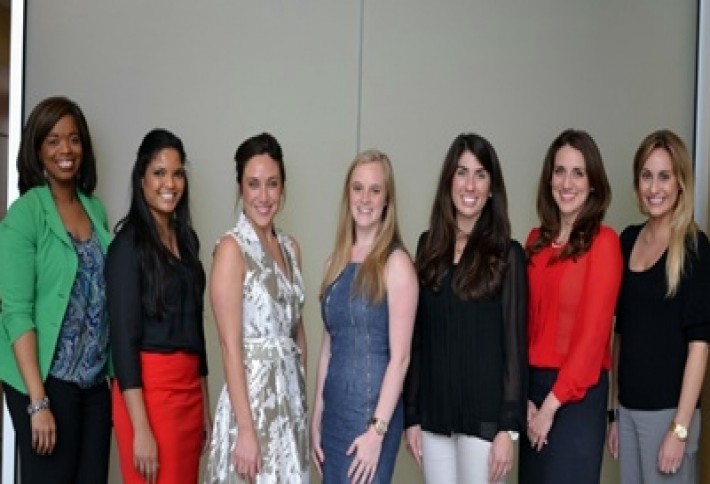 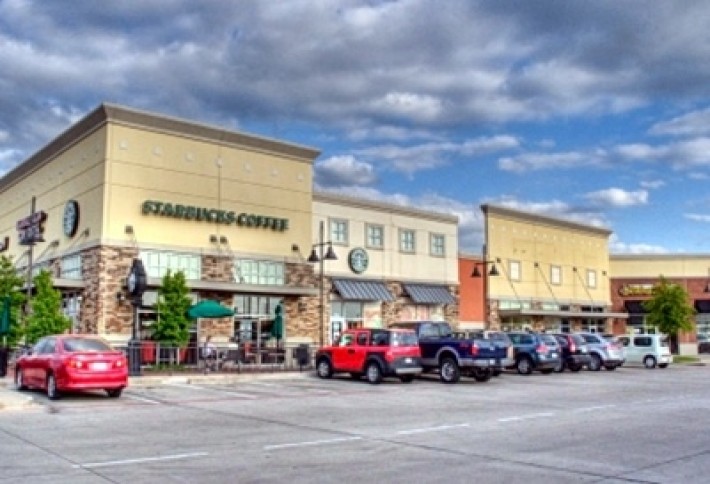 M3 Equity purchased the 50-unit Greenhill Apartments at 403 Small Hill Dr in Grand Prairie from an out-of-state owner. The Cantrell Co & Partners Sean Reynolds repped both the buyer and seller. Sean says the asset garnered 13 offers. M3 Equity is a local investment group, which owns several hundred units in the Metroplex. The seller will redistribute his capital closer to home, Sean says.

Tony Chron rejoined Trademark Property Co as chief development officer. Tony was previously with Trademark as development EVP from 1997-2009. Tony joins from Weingarten Realty, where he was regional director of development. 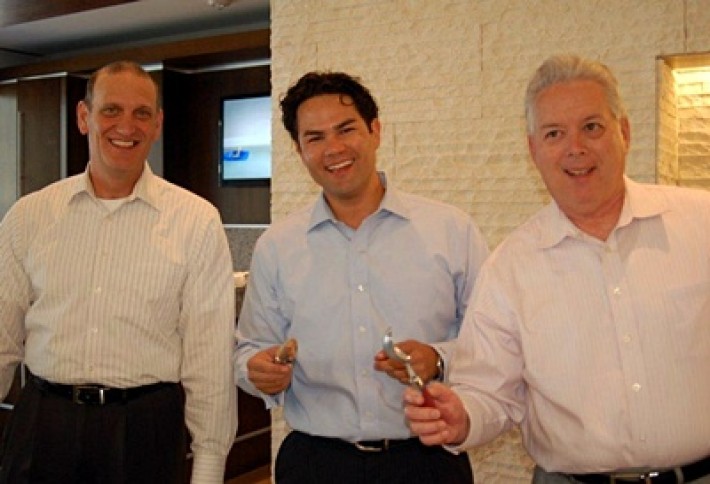 Better than Baskin Robbins 32 flavors: the management serving up free ice cream on the job. Thats what Colliers Internationals Steve Berlin, David Pinsel, and Ralph Valliere did recently at the firms annual staff appreciation week. The week of events ranged from the bosses dishing up delights at the ice cream social to a tour of the Perot Museum of Nature and Science. Dinosaur fossils and butter pecan are better than a service pin any day. 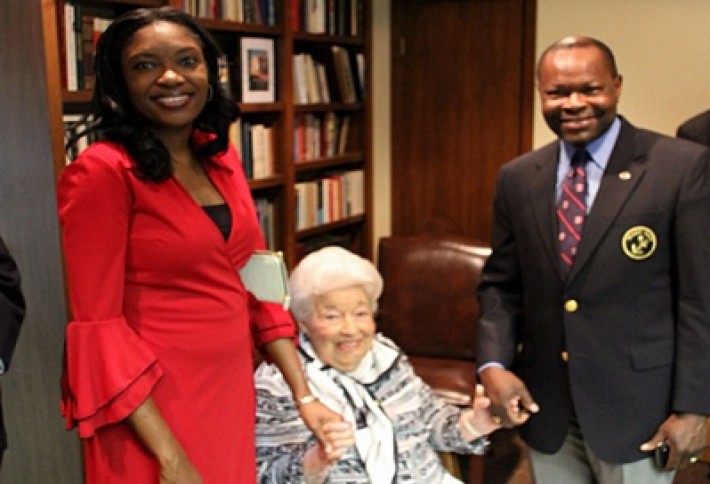 Dallas First Lady of Real Estate Ebby Halliday may have been celebrating her 102nd birthday, but she still goes to work. Okpa Co principal Edward Okpa and his wife helped Ebby celebrate at a party hosted by the Chester W Nimitiz Squadron of Texas Navy (of which, both Ebby and Edward are admirals). Its a fairly small club; the Governor make the appointments for Texans who have performed a service to the state.

Velocis Fund successfully closed Fund I, which has equity commitments exceeding $135M. The fund is 40% invested and is sourcing new assets for purchase, targeting US real estate assets in demand driven/supply constrained markets in the $10M to $50M range. The focus: core-plus office, medical office, and retail. The fund is specifically sized to acquire a diversified portfolio of assets that may be too large for individual investors but too small for many large institutional investors. The funds most recent acquisitions were two shopping centers in Austin: West Woods Shopping Center and Springdale Shopping Center.

Transwestern worked a pair of deals, including the 19k SF lease for Tempest Telecom Solutions in Valwood Park Centreport in Carrollton. John Fulton repped the landlord. Colleague Joe Whitmer repped the landlord in a 13k SF lease to Arch Metals at 10990 Petal St in Dallas.