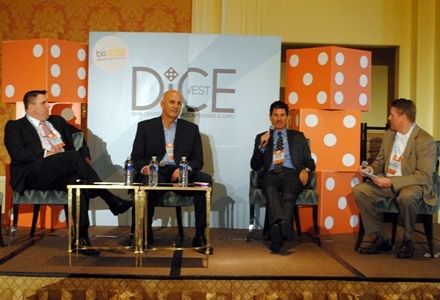 Leasing data centers 10 years ago focused on a square footage model; now the focus is all about densities and locations, say the experts at the Bisnow Data Center Investment Conference and Expo (DICE) West at the Ritz-Carlton in Dallas Wednesday. Our panel featured Avison Young's Jackson Myers, Digital Realty Trust's Bryan Marsh, RampRate's Tony Greenberg, and our moderator, Schneider Electric's Craig Stoppenhagen. Jackson says power prices are decreasing, and site selection is more about where the CEO has a vacation house or where the IT guys want to be than about avoiding disaster-prone areas. Latest popular data center location: Las Vegas. (What happens in data centers stays in data centers.) 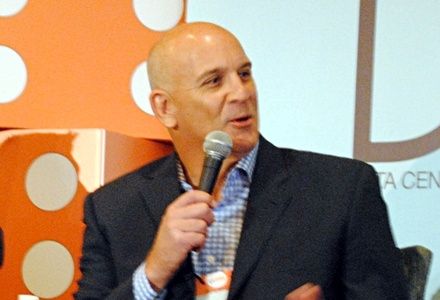 When the tractor trailer rigs were flying through the air, no one wanted to come to Dallas because we were labeled asÃ tornado alley, Bryan says. It's really not an issue at the end of the day, though--natural disasters occur everywhere. (Or wherever Andy Dick happens to be at the moment.) Dallas is still a top-five market, and people locate their data centers here. And no matter how companies structure their IT, there is still demand for data centers. A lot of hosting companies lease space from Digital Realty, and Jackson is also seeing the enterprise users who want to control their environment themselves, he says. 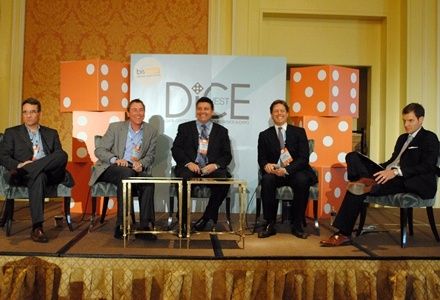 Supply side panelists: Cologix's Jay Newman, Compass Datacenters' Chris Crosby, DataBank's Jerry Blair, T5 Data Centers' Craig McKesson, and our moderator, Chicago Title's Holden Heil. Jay says operating data centers is not an easy business. One or two bumps in the road can make the difference in a great investment and one you wish you'd never made. It's much easier, too, to sell hosting or cloud services than to dump $20M to $50M into developing a data center. The upside: There's no shortage of people who want to get on the Internet. (Our grandparents won't stop calling us about it.) 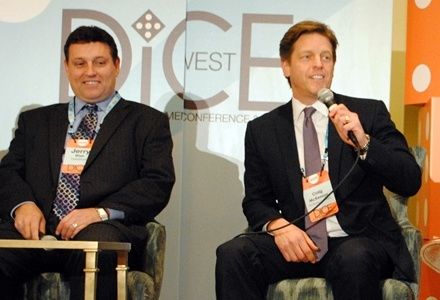 Jerry (with Craig) says the Metroplex is a great area to grow, and cities like Allen are dirt-rich for data centers. But it's a very competitive market, costing 30% to 50% less than markets like Chicago. He thinks the market has gotten over the trepidation of enterprise clients; with a history in the market, they're not scared to outsource any more. That's not necessarily the case in other markets, where they're still scratching their heads and wondering if they should build. (They could always rock-paper-scissors for it.) Craig says Texas is a shining star in his firm's portfolio--especially in Dallas--because of its location in the center of the US. 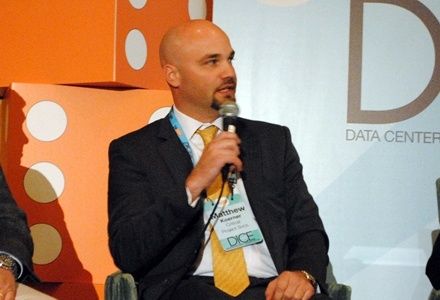 Critical Project Services principal Matthew Koerner says Houston, San Antonio, and Austin are all doing well, too, with different kinds of users. Houston sees a lot of energy, gas, and geophysical processing (and associated industries). San Antonio is another rapidly growing market, he says, largely because of the cost of power. 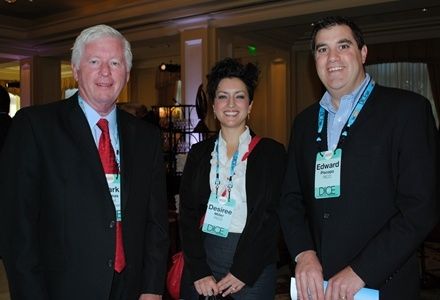 Event sponsor Georgetown's Mark Thomas (left, with PECO's Desiree Miller and Edward Piscopo) tells us the city just north of Austin has a 52-acre site just adjacent to the 380k SF Citigroup Data Center that is ready-to-go data center space. For the right deal, the occupant could get 100% renewable power at non-renewable power rates. 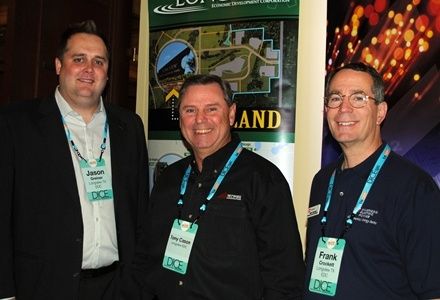 Event sponsor Longview EDC's Jason Greiner, Tony Cason, and Frank Crockett. Jason tells us the city has the lowest utility rates in East Texas, two industrial parks with dual power, and all fiber in place. Want to see more of the action from DICE West? Here's a photo gallery of our speakers, attendees, and the super-cool Casino Night action. 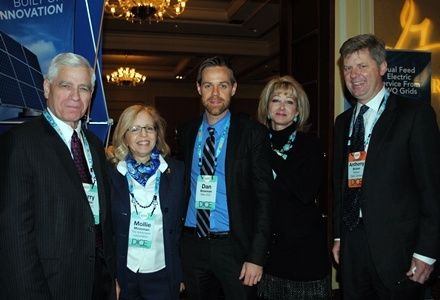