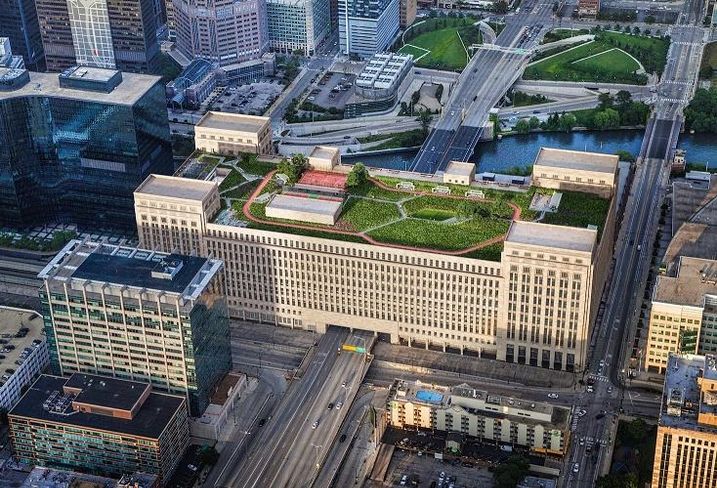 Courtesy of 601W Cos.
The renovated Main Post Office at 433 West Van Buren

Leasing activity throughout much of Chicago’s Central Business District remained high this year, with the West Loop submarket leading the way as corporations migrate from other downtown submarkets into its new trophy towers and huge new redevelopment projects like the Old Main Post Office.

"Demand for high-quality, Class-A assets has driven much of the absorption activity within the West Loop last year and is expected to continue," according to a midyear report from Colliers International. "However, in doing so, the amount of lower-quality space which will become available as the aforementioned tenants leave will invariably increase vacancy rates across Chicago’s CBD."

Downtown’s overall vacancy rate sank another 30 basis points from last quarter to 12.2%, according to Colliers International.  On average over the past five years, the CBD’s vacancy rate fell 43 basis points per quarter.

The West Loop saw 554K SF of positive net absorption in the second quarter, the most of any downtown submarket, decreasing the vacancy rate 100 basis points from the first quarter to 12.3%.

Although the West Loop's vacancy rate is just above the overall CBD average, it has also been the focus of Chicago's office construction boom.

Over the past five years, builders finished 3.5M SF of new Class-A office buildings, and 95% has already been leased or occupied. But developers and lenders will closely watch how the big projects opening in the next year or so fare with prospective tenants. 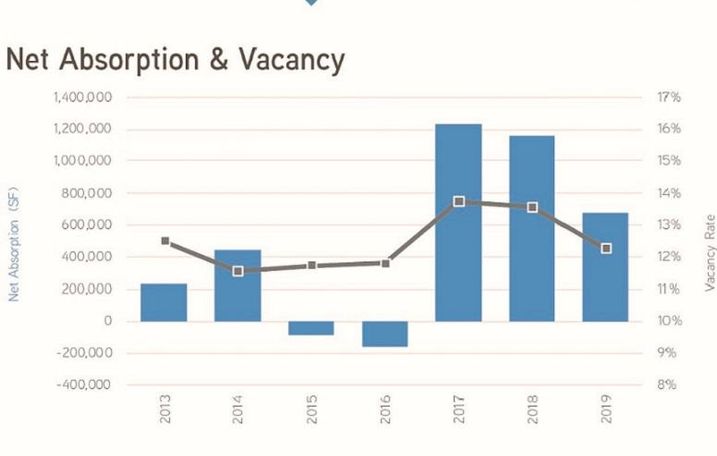 The focal points for all that activity were the Old Main Post Office; 110 North Wacker, the 1.5M SF tower by Howard Hughes Corp. and Riverside Investment & Development Co. that will open next year; and Sterling Bay’s 311 West Monroe, an older property that recently underwent a $20M renovation.

601W Cos. signed four deals for the Post Office, totaling roughly 387K SF, including a 130K SF lease for Cisco Systems and one with Federal Home Loan Bank of Chicago for 125K SF, according to Colliers. The developer has nearly completed its $500M renovation, and plans to open the building in the third quarter. To date, the project is roughly 32% pre-leased.

When the project delivers, developers will have added 6M SF of Class-A office space to the West Loop in the past 42 months, perhaps the submarket’s most active 42 months ever, according to Colliers.

110 North Wacker won’t open until the fourth quarter of 2020, but the developers have already pre-leased 1M SF, or 65% of the total.

And at 311 West Monroe, Sterling Bay in the second quarter signed IRI for 100K SF and Mayer Brown for 60K SF, which it will use for back office space.

The West Loop boom shows few signs of slowing down.

Riverside’s Union Station development, The BMO Tower at 310 South Canal, was approved by the city to begin construction later this year. The new tower will add another 1.4M SF of Class-A office space to the submarket, but with BMO as an anchor, it is already roughly 34% pre-leased.