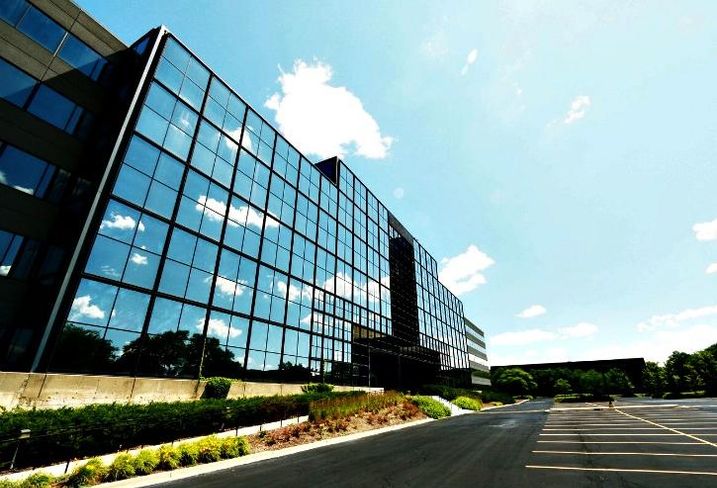 Many office markets in suburban Chicago continue to struggle, as they have for years, with vacancies in now-obsolete business parks, but there are bright spots scattered across the region.

Pockets around O’Hare Airport and in Oak Brook remain tight, especially for Class-A properties, and although leasing did slow in both during the first quarter, rental rates reached all-time highs, according to Colliers International’s latest analysis.

The overall vacancy rates around O’Hare and Oak Brook were 13.8% and 16.8%, respectively, according to the report. Other submarkets fared worse. The North suburbs saw more than 200K SF of negative absorption in the first quarter, and vacancy increased to 21.1%. Vacancy in the Lisle/Naperville submarket, which had a small amount of negative absorption, was at 21.7%, and in the Northwest suburbs, which haven’t seen positive absorption in five years, the rate increased to 25.2%. 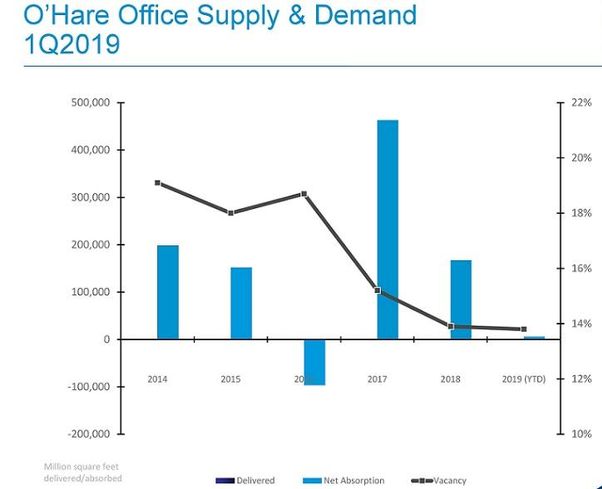 It isn’t all doom-and-gloom for the suburbs. Somerset Development recently completed its purchase of the old AT&T headquarters in Hoffman Estates, and plans to re-create the campus into a mixed-use community, much like its Bell Works in Holmdel, New Jersey.

Other developers, including GlenStar Properties, have already proven well-located older buildings, such as Continental Towers, can draw tenants after extensive renovations and updates. Franklin Partners will later this summer finish its update of OfficeMax’s former headquarters at 263 Shuman Blvd. in Naperville.

Furthermore, a Colliers survey shows more than 100 tenants with needs ranging from 10K SF to 50K SF actively seeking space throughout the suburban office market, and 40% expressed an interest in the Northwest market.