Coworking facilities have become one of the main engines of the Chicago office market. Firms like WeWork, which signed two downtown leases in the third quarter totaling 189K SF, have helped fill spaces left open by companies migrating to new Class-A properties. 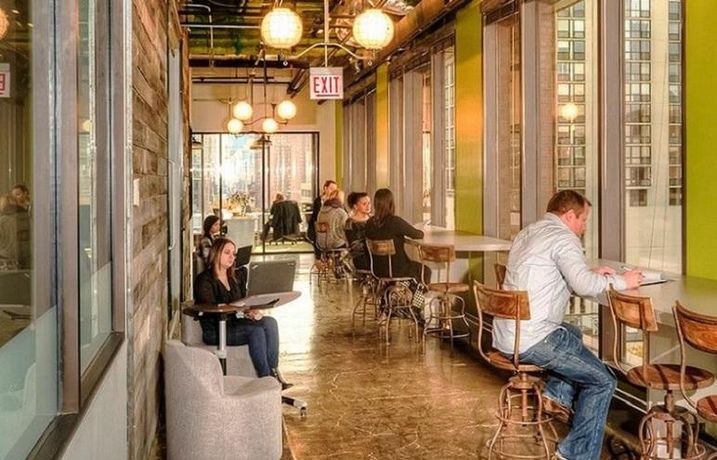 Coworking is spreading out to new neighborhoods beyond the central business district. Fulton Market, Logan Square and Wicker Park, among others, have seen providers establish outposts, and when major new office developments such as Lincoln Yards sprout up nearby, others are sure to follow.

Coworking providers occupied 789K SF across 38 locations in the CBD and its surrounding neighborhoods at the end of 2014, according to Colliers. By this summer, these firms occupied 2.6M SF at 99 locations.

Much of the demand in the neighborhoods comes not from independent contractors and startups, but established firms that need small satellite offices, Burden said. Coworking providers create opportunities to quickly open up operations without the bureaucracy of traditional leases, and gives satellite employees more freedom.

However, coworking spaces in Wicker Park and nearby Logan Square are typically small, and can't compare in size and quality with downtown options.

Jenel Management Corp. is trying to change the face of neighborhood coworking. Its 1714 West Division St. project in Wicker Park now hosts Industrious, a national coworking firm that provides all tenants with a coffee bar and lounge, conference and relaxation rooms, and workspaces filled with natural light.

Jenel, which according to Cook County records purchased the property in 2015 for $5M, originally planned to transform 1714 Division into a residential and retail property, but Vice President Joseph Dushey realized the neighborhood was filled with developers already doing such projects.

"I always want to do things differently, so our properties truly stand out," he said. "We did a survey of the neighborhood and saw a big demand for shared office, but a lack of exciting space.” 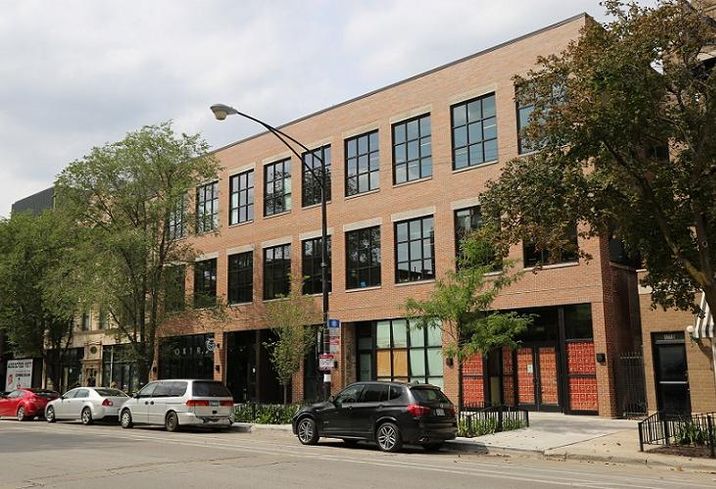 "The neighborhood is becoming more and more of a submarket, and our building is for people who want to work in a cool, hip environment," Dushey said.

In financing Jenel’s project, the lending community gave a vote of confidence to neighborhood coworking. Lenders have been slower to embrace coworking in general but particularly for areas outside of the CBD, where there are no comps to base financing off.

“You can tell there is a huge demand,” Alpha Managing Director Trisha Connolly said. “We’re seeing more business tenants move out to neighborhoods.”

C.H. Robinson and R2 Cos. have chosen Goose Island, a new office submarket on the Northwest Side near Wicker Park, for their respective headquarters. Combined with a successful Lincoln Yards complex, that could make the area the next Fulton Market, which saw massive office growth, including shared offices, once Google set up operations there.

Industrious already has one site in Fulton Market, along with five other city locations, and another in suburban Evanston.

However, finding other competitive shared office sites in Wicker Park or Bucktown may not be easy.

"We were the first to market, and there are not a lot of buildings with layouts that would allow someone to copy what we did," Dushey said.