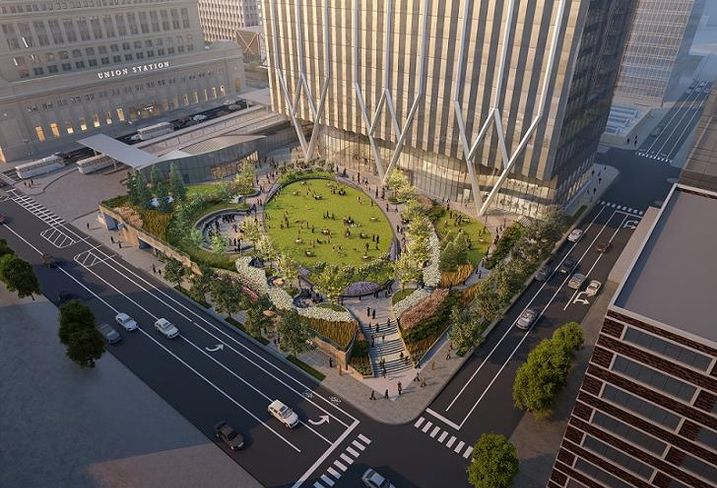 Perhaps the best sign that Chicago’s downtown office market will continue the success of the past few years is the ability of developers to secure tenants for their newest blue-chip properties. Riverside Investment & Development Co. just scored again by signing international law firm Faegre Drinker Biddle & Reath LLP to a 105K SF lease at its BMO Tower, a Class-A trophy building rising at 320 South Canal St. in the West Loop.

Faegre Drinker opened for business less than three weeks ago after a merger between Faegre Baker Daniels and Drinker Biddle & Reath. It is BMO Tower’s third tenant, joining BMO Harris, which anchored the building by signing a 500K SF lease in December 2018, as well as national law firm Chapman and Cutler LLP.

The deal brings the 50-story building, which Riverside, and its partner, Convexity Properties, broke ground on last quarter, to 48.5% leased, according to a Riverside spokesperson. It is part of the redevelopment of Union Station, and sits on the block south of the station’s historic headhouse.

“The addition of Faegre Drinker furthers the strong leasing momentum we’ve created to date, and we are well-positioned to deliver our vision of establishing one of the preeminent trophy-class towers west of the river,” Riverside Investment & Development CEO John O’Donnell said in a prepared statement.

Riverside and its partner, The Howard Hughes Co., have also done well with their Bank of America Tower at 110 North Wacker Drive, a 55-story trophy building nearing completion. The developers have leased 72% of its 1.5M SF, according to Colliers International’s latest market report.

The recent opening of the 2.5M SF Old Post Office did bump up the vacancy rate in the West Loop to 12.7% in Q4, an increase of nearly 100 basis points, but Colliers noted that 1.4M SF of the adaptive reuse project was pre-leased, and only three signed tenants had occupied their spaces.

“As a result, it is safe to say that throughout 2020, the West Loop will continue to see a high volume of positive net absorption,” Colliers said.