When Full Circle Communities President and CEO Joshua Wilmoth went to a 2016 community meeting in Chicago’s Northwest Side Portage Park neighborhood to present his vision for a new mixed-income housing community, he found NIMBYism alive and well.

The meeting was hosted by 36th Ward Alderman Gilbert Villegas, and held in a school auditorium packed full with hundreds of neighborhood residents, many of them already angry at Full Circle’s 55-unit proposal.

“The first question asked was from a woman who wanted to know if we would accept those with Chicago Housing Authority vouchers,” Wilmoth said.

Wilmoth explained that legally property managers can’t discriminate against people with such vouchers, and then started to talk about the firm’s screening and security procedures, but the questioner cut him off. 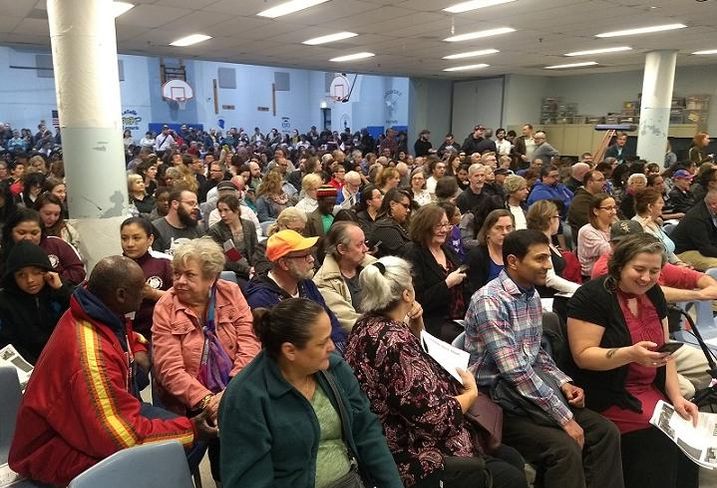 “She said, ‘so you’re going to let CHA people move in,’ and then turned to the crowd as if she had won some argument, was applauded, and then sat down,” Wilmoth said.

Other questioners wanted to know how Full Circle would keep drugs and crime from coming into the community, and Wilmoth knew he was in a hopeless struggle.

“We had our facts, and they had theirs.”

But this wasn’t just an evening debate about housing policy. Following long-standing tradition, Chicago’s 50 aldermen control most development in the city and rule over their respective wards like mini-mayors, each one picking and choosing who gets to build what and where.

Faced with such a massive crowd clearly opposed to Full Circle’s plans,  Villegas declined to support the proposal, effectively killing it.

That tradition, commonly known as aldermanic prerogative, has come under fire for years by a diverse assortment of affordable housing activists, private developers and other businesses, which claim the practice can lead to corruption and allows individual aldermen to block developments needed by the city as a whole.

Opponents of the tradition got a powerful new ally last year, as Mayor Lori Lightfoot was swept into office by a landslide. She had campaigned on getting rid of aldermanic prerogative, the abuse of which was highlighted when 14th Ward Alderman Ed Burke was indicted in 2019 on racketeering charges, partly stemming from evidence he pressured a local business needing his approval for building permits to make campaign contributions.

Lightfoot took action on her first day as mayor, issuing an executive order curtailing the ability of aldermen to control permitting and licensing in their districts. She left undisturbed their control over zoning, but left open the possibility of cutting down that power in future policy changes. The Mayor’s Office declined to comment on its plans.

That would be a difficult needle to thread, as many of her allies say that with so many new progressives in City Council, preserving aldermanic prerogative in some form may help achieve one of Lightfoot’s top goals, creating more affordable housing in rapidly gentrifying neighborhoods.

“I’m fearful that if we adopt some type of citywide policy, that will empower a handful of unelected bureaucrats,” 35th Ward Alderman Carlos Ramirez-Rosa said.

A member of the City Council’s Progressive Caucus, Ramirez-Rosa represents the rapidly gentrifying Logan Square neighborhood, and hopes Lightfoot will help preserve the community-led process he created after being elected in 2015.

“There are ways to diminish the role of aldermen in favor of local residents,” he said.

Wilmoth sees some value in granting city council members zoning power. His firm also does development work outside Chicago, and often confronts local zoning boards with opaque policies and procedures, which can stretch out an uncertain approval process.

“The upside of Villegas’ approach is we did not sink a lot of time and resources into a proposed development. We got a quick ‘no.’”

“It’s always been a bit of a double-edged sword, and can be used in a positive and a negative way,” said Juan Sebastian Arias of the Metropolitan Planning Council, a Chicago-based nonprofit that promotes cooperative planning and development. “It relies on who is elected.”

That sword can cut those who wield it. Arias pointed to the experience of former 45th Ward Alderman John Arena, a progressive stalwart, who recently OK'd Full Circle’s plan for a new 75-unit mixed-income housing community at 5150 North Northwest Highway in the Far Northwest Side's Jefferson Park neighborhood, near the CTA's Blue Line station.

The developer will reserve 60 apartments for low- to moderate-income renters, those earning 15% to 60% of the area median income, with a preference for the disabled and veterans, some of whom could get rental assistance from the CHA. Fifteen units will be market-rate.

Arena’s stance, part of a vision for more density near the neighborhood’s train stops, which gives lower-income residents and the disabled better access to services and jobs, was controversial, Wilmoth said. Arena was defeated for re-election last year by current Alderman Jim Gardiner.

“This was the straw that broke the camel’s back. Finding an alderman who is willing to stake his career on getting a deal done is a rare thing, and it’s been a game-changer for Full Circle,” Wilmoth said.

But such development fulfills the real housing needs of Jefferson Park, he said.

The community is majority-white, with many single-family homes and a median household income of $71K, well above the city median, but more than 16% of its households earn less than $25K, with another 18% earning between $25K and $50K, according to the latest American Community Survey.

“The income mix for our property really is reflective of the community,” Wilmoth said. “We already have about 400 people who have expressed interest, and most are veterans, people with disabilities and people already living in the Jefferson Park area. And that’s with no marketing.”

The company will start construction this month, and begin leasing in December.

Although Wilmoth isn’t sure just how the tradition of aldermanic prerogative should be changed, insulating aldermen from backlash over affordable housing proposals may be a necessary step.

“I would say, do something that eliminates a politician’s concern over losing their job when they do the right thing, or at least, doing the right thing as I see it,” he said. “The local residents may not love it, but they won’t blame the alderman for it.”

Arias said MPC has a proposal that would help provide some insulation.

The organization suggests that when a residential developer reserves 10% of  units in a new project as affordable housing for households earning up to 60% of AMI, and if the project is in a ward with less than 10% affordable housing, an alderman will no longer be able to single-handedly reject or indefinitely delay the proposal. Instead, such projects would go through a streamlined approval process, and even though local aldermen would still have influence, they would no longer exercise veto power, Arias said. 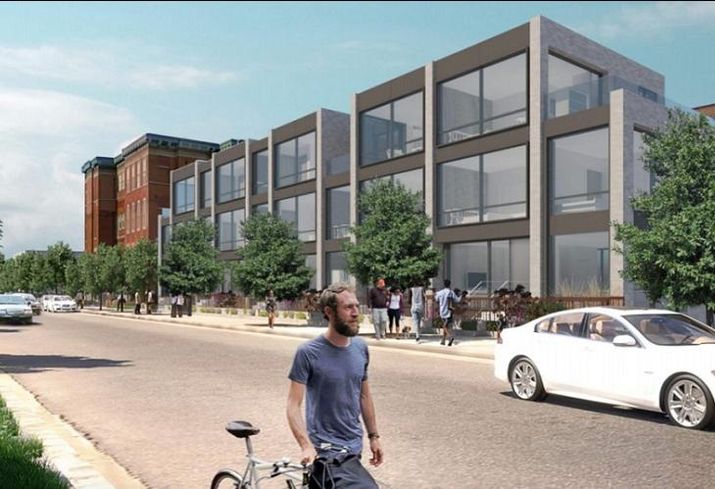 Aldermen like Ramirez-Rosa say they already have a solution, at least for their own communities. He has held dozens of neighborhood assemblies to discuss proposed zoning changes, including a series of community meetings on the Bickerdike Redevelopment Corp.’s plan for a 100-unit, all-affordable housing development at 2638 North Emmett St. near the Blue Line in Logan Square, where the median home price recently hit $832K, according to the Chicago Association of Realtors.

The proposal got hit from all sides, with activist groups like the Logan Square Neighborhood Association saying it did not have enough units for larger families, while other residents, including some wealthier newcomers, tried to block the project entirely, Ramirez-Rosa said.

Bickerdike listened to all concerns, and eventually made enough changes to secure support both from the LSNA and other residents who originally opposed the development, he said. A final community meeting last April voted 350 to 112 to support it. After receiving Ramirez-Rosa’s final approval, as well as backing from Lightfoot, the full City Council gave a quick thumbs-up at its November session.

RBH Properties CEO Ron Beit said both market-rate and affordable housing developers should get used to taking part in such community-led efforts, because they are becoming more common.

His Newark, New Jersey-based firm first proposed in 2016 transforming the now-vacant Von Humboldt Elementary School at 2620 West Hirsch St. in the Humboldt Park neighborhood into Teachers Village, a mixed market-rate and affordable apartment community where many units would be reserved for schoolteachers. The company first worked with 1st Ward Alderman Joe Moreno, but he was replaced in 2019 by Alderman Daniel La Spata, who wanted RBH to restart the community approval process.

RBH officials ended up facing hundreds of angry local residents in the school’s auditorium in August, many still upset over the school’s 2013 closure, one of dozens of school closings ordered by former Mayor Rahm Emanuel. Unlike Full Circle’s experience on the Northwest Side, this crowd was demanding more affordable housing, not less.

“There is a constituency in some neighborhoods that wants all affordable housing, and a constituency that wants no affordable housing, and sometimes you’ll see an airing of grievances that has nothing to do with the project itself,” Beit said. “But when you come with an open mind, and truly listen to what people want, you have to make changes. That doesn’t mean you say ‘yes’ to everything.”

Although the income mix at the 107-unit Teachers Village will remain similar to its original proposal, with roughly 20% reserved as affordable housing, another 30% as pricier workforce housing for teachers and 50% market-rate, RBH did agree to boost the number of family-sized units, and ensure the affordable units were targeted at those with very low incomes.

La Spata endorsed these proposals, and city officials agreed to tap into funding streams, including from the CHA, which helped make the final numbers work, Beit said. The final plan goes before the City Council’s Zoning Committee on Jan. 14.

Ramirez-Rosa said he recognizes community-led processes will not automatically promote affordable housing or lessen segregation, especially within communities that resist such efforts, but he still hopes people will see his 35th Ward as a model.

“Chicagoans are so used to dog-and-pony shows, where the decisions have already been made, and then someone says, ‘and now here’s a perfunctory community meeting.’ I believe in the ability of communities when they are respected and empowered.”